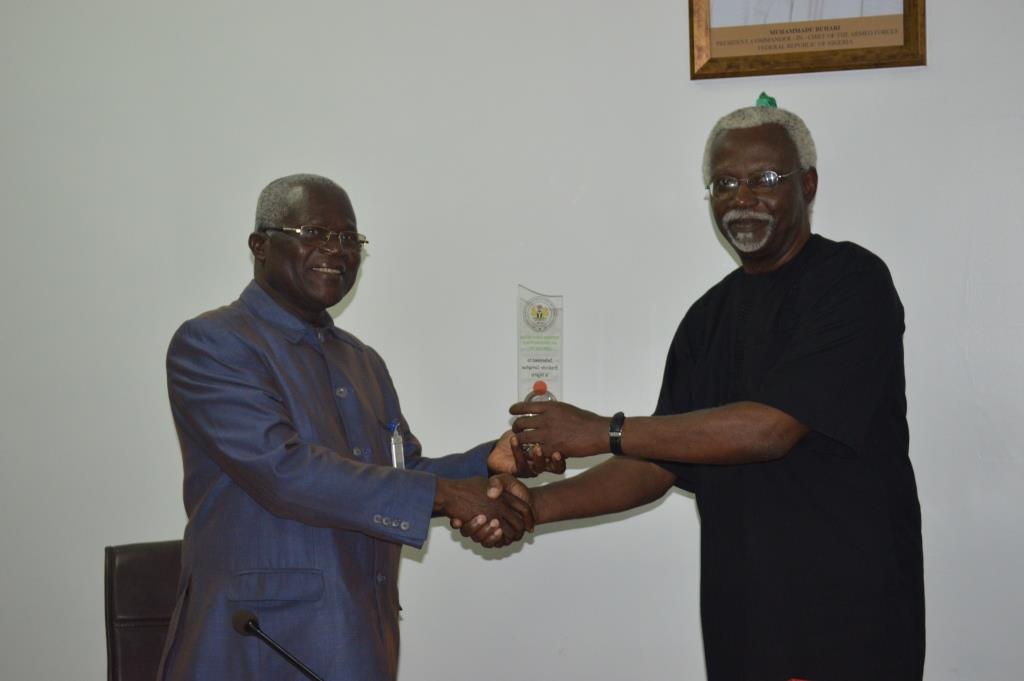 Two anti-corruption bodies on the continent, the Independent Corrupt Practices and Other Related Offences Commission (ICPC) and the National Anti-Corruption Commission of the Republic of Cameroon (NACC) have called for cooperation among African countries to tackle the problem of corruption on the continent.

Heads of the two agencies, Mr. Ekpo Nta (ICPC) and Rev. Dr. Dieudonne Massi Gams (NACC) jointly made the call recently in a parley at the ICPC’s headquarters, Abuja, noting that Africa was ripe to come up with its own collaborative mechanism that would help solve the menace of corruption across the continent.

Rev. Massi Gams, who was on a visit to ICPC with the top management of his organisation spoke first and said he was in Nigeria to understudy the work of ICPC with a view to improving on the operations of his organisation back home in Cameroon. He explained that the achievements of ICPC in the war against corruption were good enough to be replicated in other African countries.

Gams said, “I think is it useful for us to learn what you are doing to combat corruption because the fight against corruption is global. But we need to first centralize it on the continent if we must go on to make our lives better. We used to look beyond to the West before this time for solutions, but now we have the options to learn from one another by creating a southern bloc. We need to see if it is possible to sign a convention of cooperation by African countries against corruption. South-South cooperation is not very well done in Africa. We used to think abroad out of the continent but we have many things that we can share here on our continent. That is why I think we must begin inside Africa.”

Mr. Nta, in his remarks, told his Cameroonian colleague of his willingness to collaborate with other African countries in the war against corruption, adding that the continent needed to pull her resources together to tackle one of the biggest problems facing it. He lamented that only a few African countries (Algeria, Kenya, Egypt and Nigeria) were members of the International Anti-Corruption Academy (IACA) which he said was a drawback for Africa and promised to help Cameroon join the academy.

The ICPC Chairman described in details the various preventive initiatives the Commission was deploying to rid the country of corruption. He spoke about the Anti-Corruption and Transparency Units (ACTUs) domiciled in government establishments; the System Study and Review tool; the Corruption Risks Assessment initiative as well as a host of others.

Nta spoke further on assistance to the Cameroonians: “On the issue of collaboration, I do not see any problem. It will go into my handing-over note. I will assist you to have your country join IACA. We have few African countries as members at the moment which is not good for us.”

The ICPC boss who pointed out that he was on his last official assignment because his tenure was drawing to an end, also promised to sign an agreement with NACC that would allow for staff exchange between the two bodies.

The Rev. Massi Gams and his entourage were taken on a tour of ICPC’s training academy, the Anti-Corruption Academy of Nigeria (ACAN), Keffi, Nasarawa State. The Reverend was impressed at the state-of-the-art facilities at ACAN and promised to send his staff there for training as soon as he returned home.