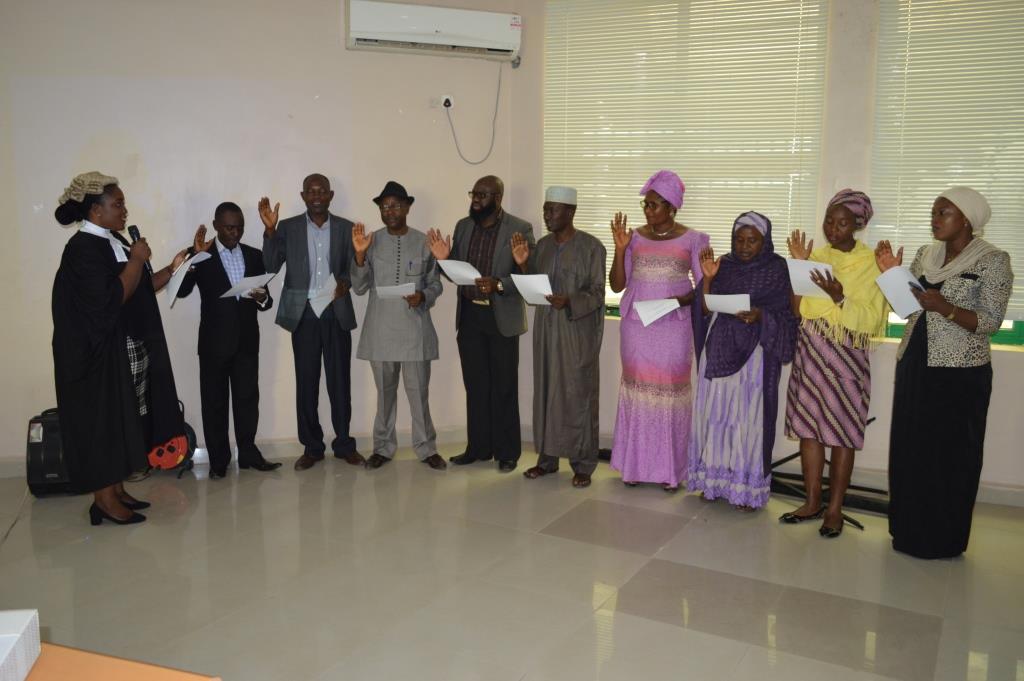 A new executive committee for the Anti-Corruption Transparency Unit (ACTU) of National Biotechnology Development Agency (NABDA) has been inaugurated.

The exco made up of eight members and a chairman was inaugurated by Mr. Justin Kuatsea of ICPC’s Corruption Monitoring and Evaluation Department (CMED), who represented the Acting Chairman of the Independent Corrupt Practices and Other Related Offences Commission (ICPC), Hon. Abdullahi Bako.

Hon. Bako stated that the Commission was mandated by the law establishing it to promote transparent and accountable processes as well as combat corrupt practices in MDAs and this was being done through the instrumentality of ACTUs. The units serve as an in-house check mechanism within MDAs to monitor, identify and address corrupt practices.

He noted that the Biotechnology Agency’s mandate which focuses on promoting, coordinating, deploying cutting-edge biotechnology research and development for the socio-economic well-being of the nation could not be achieved in the absence of transparent and accountable processes.

The Acting Chairman therefore urged the new members to live up to the responsibilities of their assignment, and be dedicated to the anti-corruption crusade, while at the same time displaying a positive attitude, good character and a high level of integrity.

Hon. Bako further solicited the Agency’s management’s support to the unit, especially with regards to funding in line with extant government funding circular to ensure that the unit was viable enough to carry out its duties and activities effectively.

In his acceptance speech, the ACTU Chairman, Mr. Ihimodu D. Jacob, acknowledged the fact that corruption was a serious problem that needed to be taken care of. On behalf of his team, he pledged their determination to carry out their duties effectively in order to rid the agency of corruption.