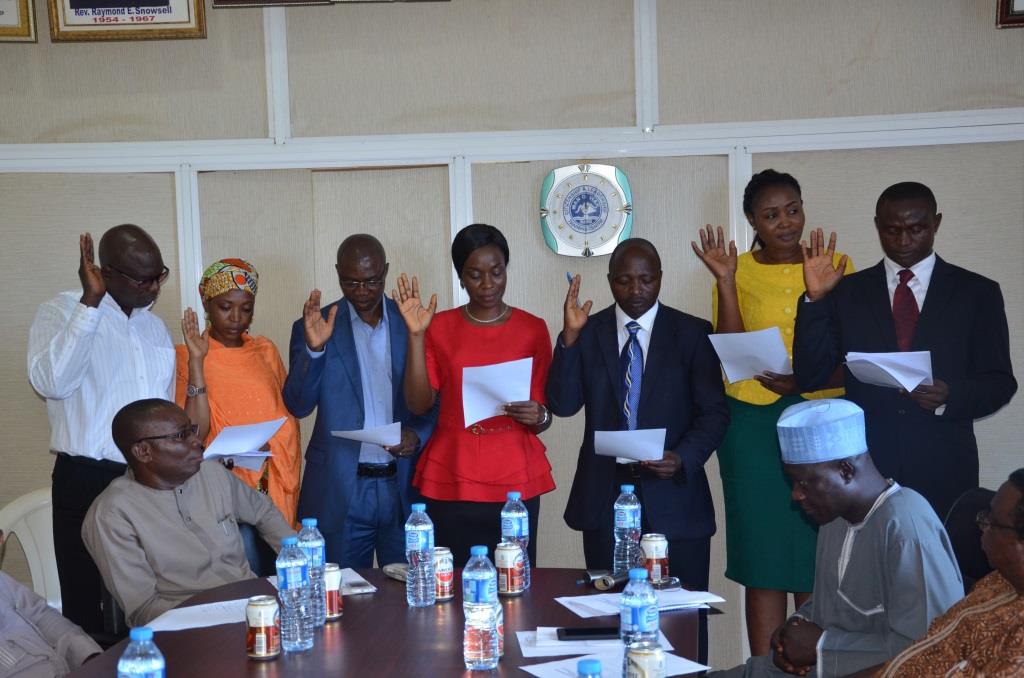 The Independent Corrupt Practices and Other Related Offences Commission (ICPC), has called on the newly-inaugurated Anti-Corruption and Transparency Units (ACTU) members of the Citizenship and Leadership Training Centre (CLTC), to perform their ACTU duties with diligence and dedication so as to help reduce corruption to the barest minimum in the Centre.

Mr. Akeem Lawal, Head of the Corruption Monitoring and Evaluation Department (CMED), who represented the Commission made the call during the inauguration of the new members of the Centre’s ACTU recently.

The CMED Head who solicited the cooperation of all Nigerians in the anti-corruption campaign, explained that “the task of making public systems corruption-free and efficient requires sincere commitment and diligence from all citizens, especially officials who occupy sensitive positions in public institutions.”

He noted that CLTC had already keyed into the initiative of a corruption-free system through the deployment of an ACTU to serve as a corruption-prevention and monitoring mechanism.

Mr. Lawal also charged the newly-inaugurated ACTU members “to brace up for the task ahead”, saying that the job before them was enormous and bordered on sincerity, sacrifice and dedication.

He further appealed to the new ACTU members “ To live up to the responsibilities of their assignment and exhibit positive attributes and good character by showcasing high ethical standards of integrity and dedication in the anti-corruption crusade”.

In his remarks at the event, the Director General of the Centre, Mr. Jonah Bawa, said the inauguration of the ACTU members was a bold statement that the Citizenship and Leadership Training Centre was keying into the anti-corruption drive of the present administration.

The DG also noted that the CLTC ACTU had gone a long way in mobilizing and sensitizing staff on the ills of corruption, which was geared towards a corruption-free Centre, the civil service and the nation in general.

While pledging the management’s support to ACTU to enable it carry out its duties with assurance of non-interference, Mr. Bawa charged the new members to ensure that they justified the confidence reposed in them by ICPC and the CLTC, at the same time promising to include the teaching of Anti-Corruption studies in the centre’s curriculum.