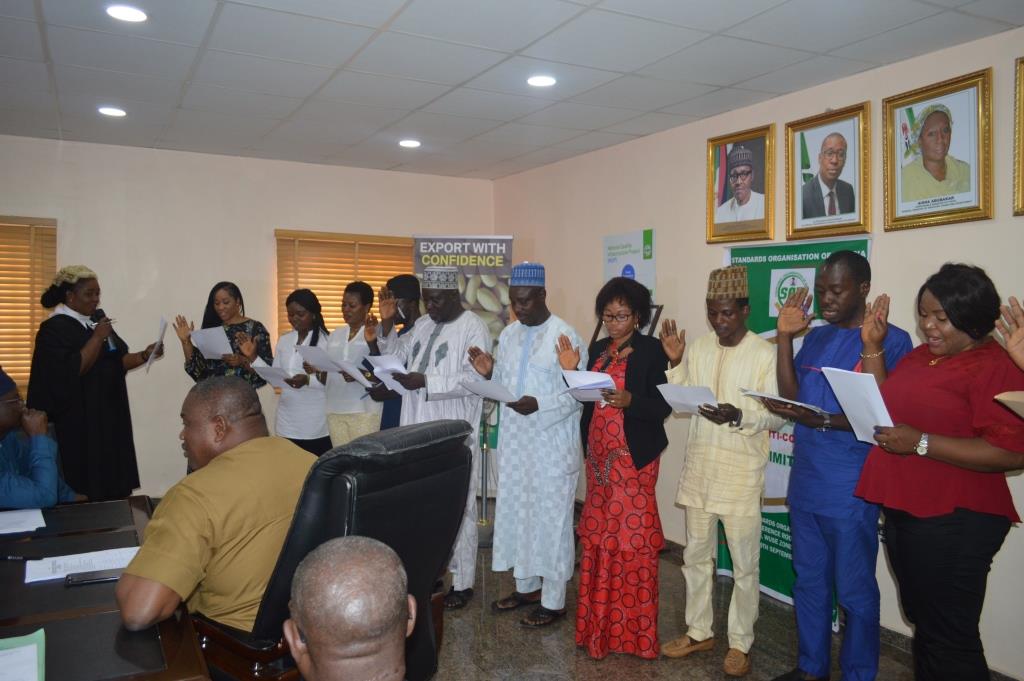 The Independent Corrupt Practices and Other Related Offences Commission (ICPC) has charged staff of the Standards Organisation of Nigeria (SON) to always exhibit a high sense of professionalism, discipline, transparency and accountability in all their operations, and that any compromise could endanger the lives of millions of Nigerians.

This charge was made during the inauguration of the Anti-Corruption and Transparency Unit (ACTU) of the organisation by Mr. Justin Kuatsea of the Corruption Monitoring and Evaluation Department (CMED) of ICPC.

Mr. Kuatsea, who represented the Commission at the occasion, stressed that as people who are responsible for compliance with standards and the regulation of the quality of all manufactured products in Nigeria, they should avoid ‘cutting corners’.

In his words, “This onerous task can best be achieved when the members of staff understand their responsibility to live above board and work diligently in line with the organisation’s mandate of maintaining standards.”

He further called on the newly inaugurated members of the Unit to carry out with all sincerity and seriousness their activities which will include periodic sensitization of staff; conduct of preliminary investigation; development and entrenchment of a code of ethics; and review of corruption-prone processes amongst others.

Mr. Kuatsea appealed to the management of the organization to accord the Unit the required cooperation, including funding to help them succeed.

Earlier in his remarks, the Director-General/Chief Executive of SON, Mr. Osita Anthony Aboloma, who was represented by a Director in the Office of the DG, Barrister Richard Agu, had stated that the inauguration of the Unit was a testimony to the willingness of SON to entrench integrity and accountability in all its activities.

He assured the ACTU of management’s support to ensure that its aims and objectives were fully achieved.

The DG also cautioned the newly inaugurated members against using their positions for ‘witch-hunt’, while advising them to live by ‘lofty standards’ knowing that other members of staff could be watching.

In his acceptance speech, the new ACTU chairman, who is also the Director, Human Resources Management, Mr. Sale Babaji, appealed to the management and staff of the Organisation to support them in their quest to ensure effective, efficient and transparent service delivery in SON.