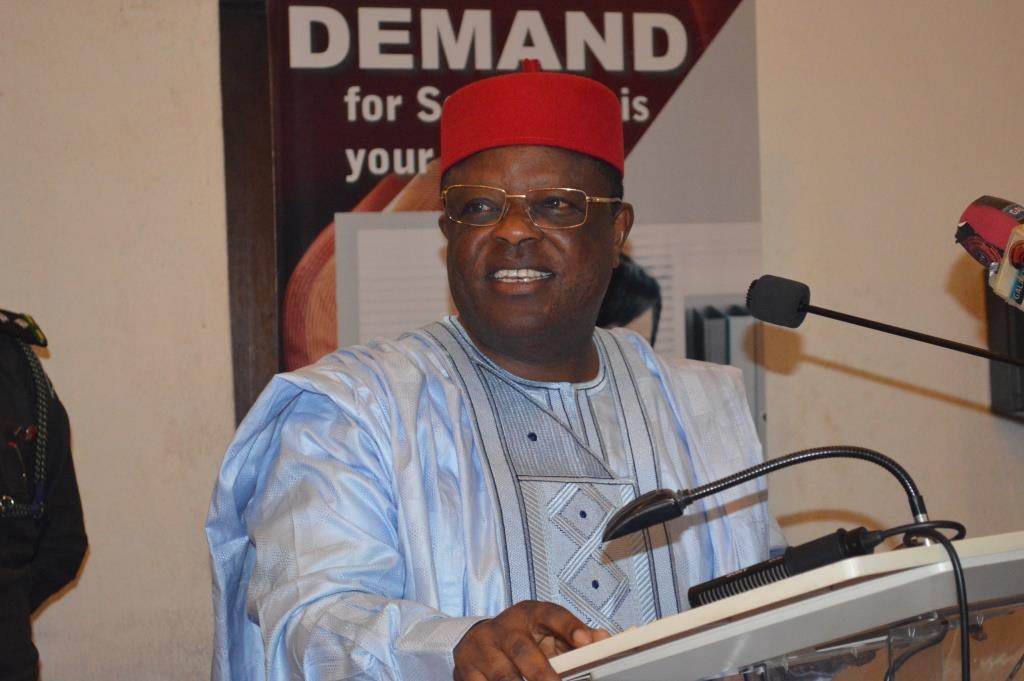 The Independent Corrupt Practices and Other Related Offence Commission (ICPC) has been commended for upholding the tenets of human rights in its operations in the fight against corruption in Nigeria.

The Governor of Ebonyi State, David Nweze Umahi made the commendation while declaring open a two-day workshop organised by the Anti-Corruption Academy of Nigeria (ACAN), for top local government officials of Ebonyi State held at ICPC headquarters in Abuja.

Speaking further at the event tagged “Anti-Corruption, Ethics and Integrity Training for Officials of Ebonyi State Local Government Council”, Governor Umahi expressed his appreciation of ICPC’s meticulous investigations and adherence to due process by not detaining suspects arbitrarily or subjecting them to media trials.

He also praised the Commission’s preventive approach in the fight against corruption, noting that it was proactive and more enduring in results.

According to him, the trainings organised by ICPC for government officials in Nigeria would go a long way in ensuring that corruption was prevented rather than allowing it to happen and lead to the waste of the nation’s resources in the prosecution of corruption cases.

The Governor urged Nigerians to practice and uphold integrity saying “when integrity is lost, everything is lost”. He added that the practice of integrity by leaders would ensure that the dividends of democracy would be delivered to the masses and the future of Nigeria is secured.

Gov. Umahi encouraged ACAN to develop a curriculum of study with ethics as the major theme and offered Ebonyi State University to be used as a pilot institution for the curriculum.

Speaking at the opening ceremony of the workshop, the Acting Chairman of ICPC, Honourable Abdullahi Bako said ACAN was established with the aim of curbing corruption in Nigeria, adding that through training, good governance and development would be achieved at the grassroots.

Hon. Bako explained that the plan of ICPC is to use the various training modules of the anti-corruption academy to change the perception of Nigeria as being corrupt.

The ICPC Acting Chairman added that the Commission was ready to partner with state chief executives like the Governor of Ebonyi State, who are willing to fight corruption in their respective states.

The Commissioner for Local Government and Chieftaincy Affairs of Ebonyi State, Mr. Samuel Okoronkwo, in his address commended the state governor for his “zero tolerance to corruption” and the opportunity given to local government officials to be trained on ethics, which he said would boost anti-corruption drive in the state.

The Chairman of Fiscal Responsibility Commission in Ebonyi State, Hon. Nwigwe Vincent, who also spoke in the same vein urged participants to use the opportunity to be conversant with anti-corruption laws.

The Speaker of Ebonyi State House of Assembly, Rt. Hon. Francis Nwifuru in his address said Governor Umahi’s approval of the training for local government functionaries in the state would promote integrity and assured that participants would abide by the principles of integrity and accountability

In his address, the Provost of ACAN, Professor Sola Akinrinade said the Governor of Ebonyi State had displayed an uncommon commitment to the anti-corruption campaign by being the first governor to be physically present at a training held for local government functionaries by ACAN.

He advised participants at the workshop to ensure that they made use of whatever they learnt to promote the fight against corruption.

Hon. Bako presented educational materials and a plaque to Governor Umahi and also appointed him as Anti-Corruption Chief Commander.