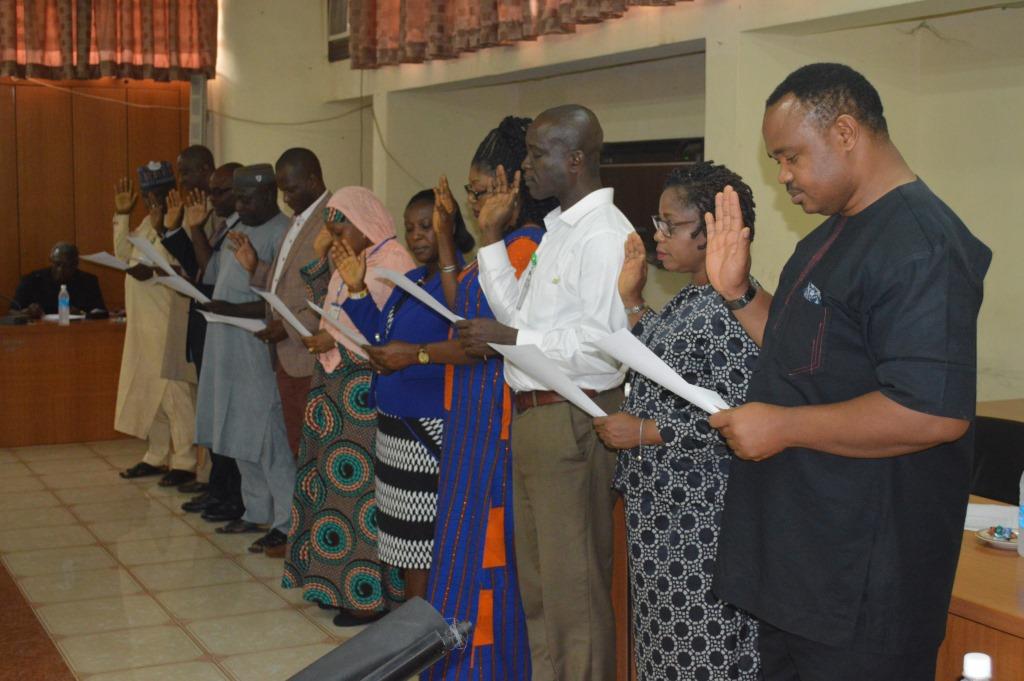 The Anti-Corruption and Transparency Unit (ACTU) of Revenue Mobilization, Allocation and Fiscal Commission (RMAFC) has been inaugurated by the Independent Corrupt Practices and Other Related Offences Commission (ICPC).

The Unit was inaugurated by Mr. Justin Kuatsea of ICPC’s Corruption Monitoring and Evaluation Department (CMED), who represented the Commission’s Acting Chairman, Hon. Abdullahi Bako, and is expected to act as a mini ICPC in the organisation without the power to prosecute offenders in court.

Hon. Bako, in his address during the inauguration, stated that ACTU was one of the initiatives designed by ICPC in collaboration with the Office of the Head of Civil Service of the Federation to help actualize the Commission’s preventive mandate. According to him, ACTU is expected to serve as an institutional ethics and compliance unit in Ministries, Department and Agencies (MDAs). He also added that ACTU is an in-house check mechanism which monitors, identifies and addresses corrupt practices which are prevalent in the public service today.

The Acting Chairman observed that the RMAFC was a critical establishment of government that was responsible not only for fashioning out a revenue allocation formula for the nation; but also determining the allocation and remuneration of Public office holders; as well as advising the Federal, State and Local Governments on fiscal efficiency and methods by which their revenue could be increased.

Against this backdrop Hon. Bako charged the newly inaugurated ACTU members to lead the fight against the scourge of corruption in their agency; to ensure that transparency and accountability in revenue allocation processes were not compromised; and also to showcase high ethical standards and integrity in the anti-corruption crusade.

The RMAFC Acting Chairman, Alh. Shettima Umaru Abba Gana, in his welcome address, noted that ICPC had achieved a lot since it came into existence and expressed delight that the Commission was inaugurating an ACTU for his organisation to ensure transparency and accountability in the workplace. He then pledged his support to the Unit saying it would be allowed to operate without interference.

In his acceptance speech, the new ACTU chairman Alhaji Mustapha Mohammed, noted that the Unit was not established to witch-hunt anybody but to promote fairness, transparency and accountability in their organisation.