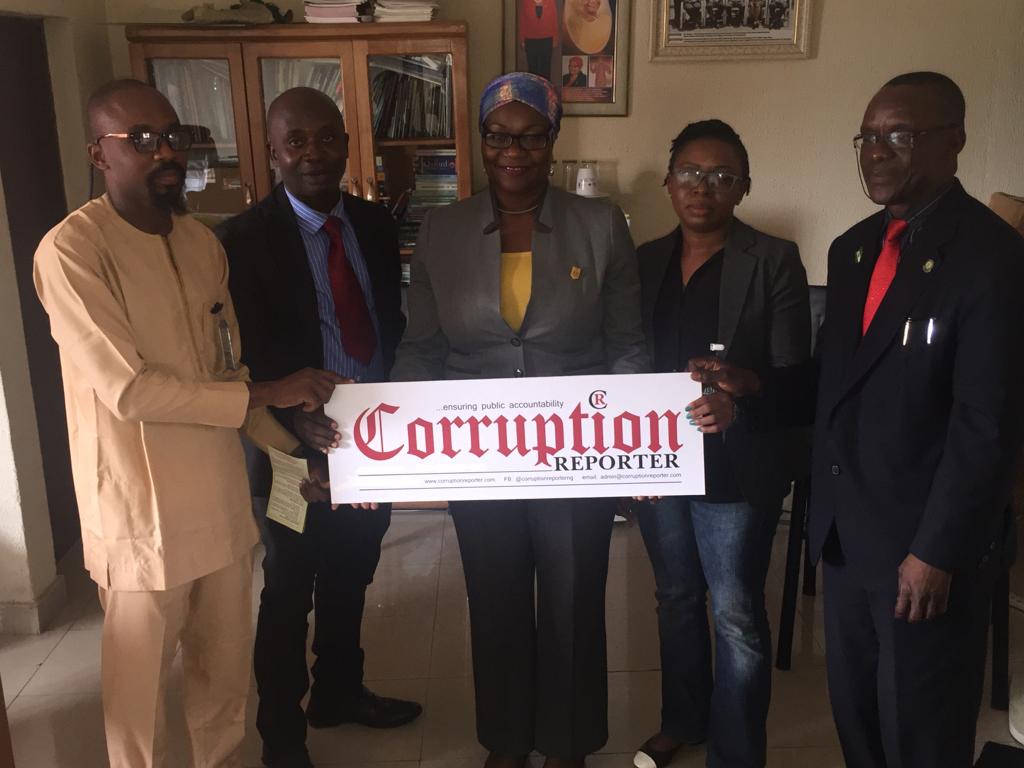 Journalists in the country have been advised to familiarize themselves with anti-corruption legislations such as the one that set up and guides the activities of the Independent Corrupt Practices and other Related Offences Commission (ICPC) in order to report the anti-corruption campaign effectively.

This advice was given by the Acting Chairman of ICPC, Dr. Musa Usman Abubakar, who was represented by the Spokesperson to the Commission and Head, Public Enlightenment Department, Mrs. Rasheedat Okoduwa, mni, during a courtesy visit by the editor and some members of the editorial team of Corruption Reporters, to the Commission’s headquarters in Abuja recently.

According to Dr. Abubakar, “The media is a powerful tool in reporting news and added that the noble pursuit of journalism was to report events objectively and effectively.” He noted that corruption reportage in the country was “inadequate as journalists seem to focus only on the investigation, arrest and prosecution of corruption suspects while ignoring the great strides and initiatives aimed at corruption prevention and public enlightenment.”

He finally revealed that in time past the Commission had trained some journalists in Dubai and locally on some aspects of the Commission’s activities like the Corruption Risk Assessment (CRA) and others in order to build their capacity on how to report such.

The editor, Mr. Otuchikere in his remarks, said that they had come to register their interest in giving the Commission’s efforts in the fight against corruption the deserved media coverage because the major focus of their publication was to report anti-corruption programmes and activities to Nigerians.

In his own remark at the occasion, the Commissioner, Education Department, Mr. Baba Ashiru said that since the media outfit had decided to take up only one aspect of journalism, it was expected of them to become experts in that field. He emphasized that unless they were objective in their reporting of the Commission, the collaboration they sought might not yield desired fruits.