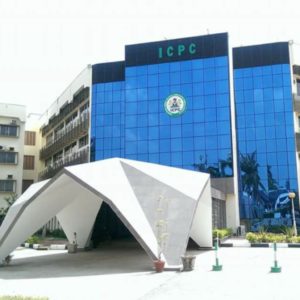 A Federal High Court sitting in Sokoto State, has affirmed that both the Independent Corrupt Practices and Other Related Offences Commission (ICPC) and the Economic and Financial Crimes Commission (EFCC) are legally mandated to investigate and prosecute any person or authority over allegations of corruption anywhere in Nigeria.

Justice S. K. Idris, who gave the ruling in a suit filed by the Sokoto State government, seeking to restrict ICPC and EFCC from inviting, investigating, arresting or prosecuting any official of the state government on allegations of corruption, dismissed the claim, noting that the two anti-corruption agencies had been so empowered by an Act of Parliament to perform the duties of fighting corruption in all the 36 states of the federation.

The Sokoto State government had approached the court through the Attorney General of the State, Suleiman Usman, asking for a declaration and injunction that would stop ICPC and EFCC from carrying out any anti-corruption duties on any official or government department of the state on any matter or issue which the State House of Assembly can legislate on.

The suit specifically seeks to restrict ICPC and EFCC from looking into the financial activities of the state government between 2008 and 2015 on the grounds that the period under investigation were covered by the appropriation act of the Sokoto State House of Assembly.

The trial judge while dismissing the matter said that tagging the activities of ICPC and EFCC as regards the application of government funds in the state, in the period leading to the 2015 general elections, as political intimidation cannot hold because there was no fact from the state government to support the claim.

Justice Idris further observed that the state government also failed to file an amendment or further affidavit to show any further acts of the alleged political witch-hunt by either ICPC or EFCC since after the 2015 elections.

The judge, while concluding on the matter, held that the Federal High Court was bound by the decision of the Supreme Court of Nigeria in AG Ondo v AG Federation (2002) which upheld the constitutionality of both the ICPC and EFCC Acts as enacted by the National Assembly, being applicable and binding on every state, person and authority in Nigeria, including Sokoto state.