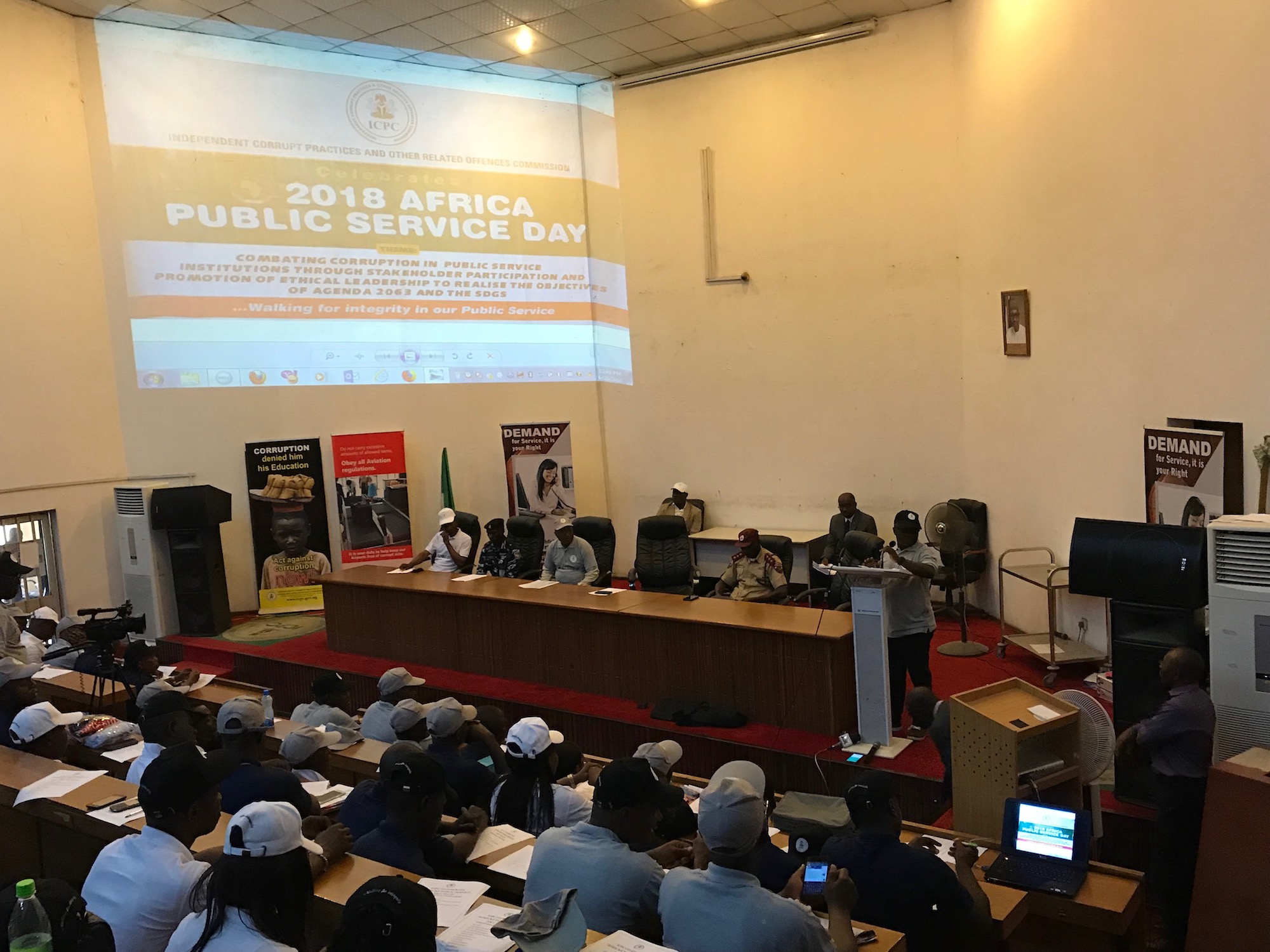 The Independent Corrupt Practices and Other Related Offences Commission (ICPC) has called on all public servants to be above board in all their dealings, and become gallant foot soldiers in the fight against corruption.

The acting Chairman, Dr. Musa Usman Abubakar, who was represented by the Head of Administration, ICPC, Mr. G.N. Bako, made the call during the Commission’s celebrations marking the Africa Public Service Day which is in line with the declaration of 2018 as African Year Against Corruption by the Heads of States and Governments of the African Union.

Dr. Abubakar also reiterated ICPC’s resolve to fight corruption and reduce it to the barest minimum.” We in ICPC, taking cognizance of the designation of President Muhammadu Buhari as African Anti-Corruption Champion, assure Mr. President of our commitment to strengthen public institutions through one of our mandates which is the system study and review of corruption-prone procedures in ministries, departments and agencies,” he said.

In her goodwill message, the Head of Civil Service, Mrs. Winifred Oyo-Ita, who was represented by the Director Special Duties, Mr. James Olusoji, commended ICPC for its effort in the fight against corruption in Nigeria, especially to rid the nation’s public service of corruption.

She said “it is very important to recognize the good work ICPC had been doing and is still doing to rid the public service as well as the entire nation of corruption.”

She added that the Commission’s effort in the fight against corruption has yielded results and had brought about attitudinal change in both the public and private sectors.

The Anti-Corruption and Transparency Unit (ACTU) Secretary of the Public Complaints Commission (PCC), Mr. Adejo Sule Friday, who represented the Commissioner of the agency, Hon. Chile Igbawua, said that his institution was ready to partner with ICPC in the fight against corruption because it has physical presence in all states and local government areas of the country which ICPC should take advantage of to get the anti-corruption crusade to the grassroots.

The theme for this year’s celebration is “Combating Corruption in Public Service Institutions through Stakeholder Participation and Promotion of Ethical Leadership to realize the objectives of Agenda 2063 and the SDG’s.”

Highlights of the event included a road walk from the Old Parade ground, through Area One to the ICPC headquarters where goodwill messages were delivered.