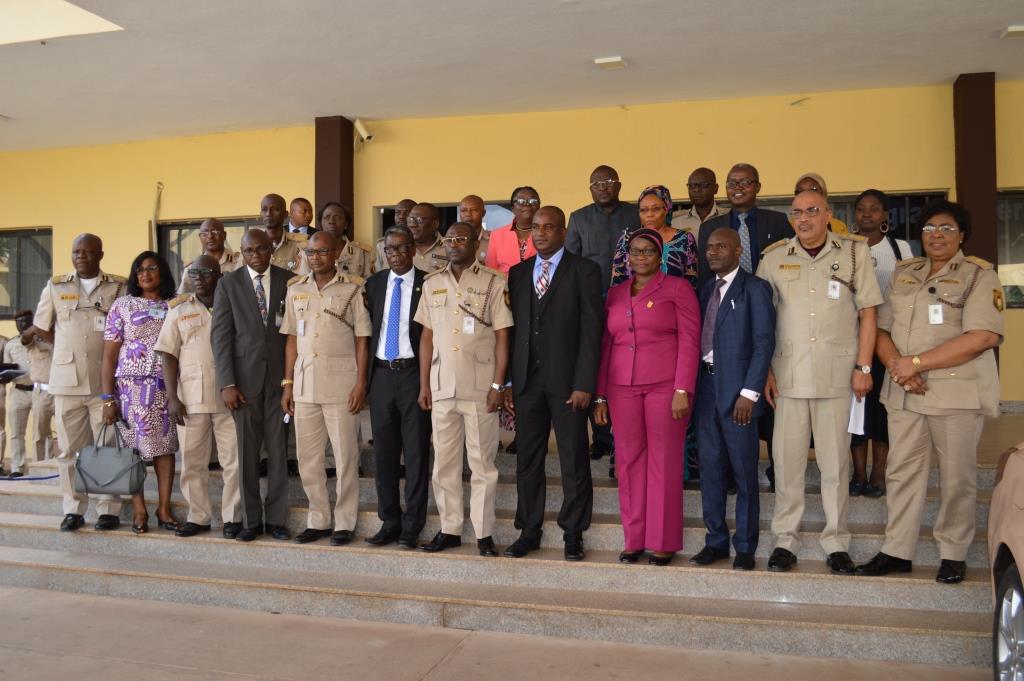 The Independent Corrupt Practices and Other Related Offences Commission (ICPC) and Nigeria Shippers Council (NSC) are collaborating to raise the Integrity profile of Ports operations in Nigeria with a focus on compliance with the requirements of the Federal Government’s Executive Order on the Ease of Doing Business in Nigeria.

This revelation was made by ICPC’s acting Chairman, Dr. Musa Usman Abubakar, during a courtesy visit to the Nigeria Immigration Service (NIS) headquarters in Abuja, recently.

In his remarks, Dr. Abubakar stated that the visit was to ‘update the Controller-General on the on-going implementation of the Integrity Plan of the Corruption Risk Assessment (CRA) which was conducted in the port sector, discuss areas of further commitment in aligning the process with FG’s “Executive Order on ‘Ease of Doing Business’ in Nigeria’’ and inform NIS of a proposed Infraction Management Exercise being planned by Nigeria Shippers Council in conjunction with ICPC, across Nigerian Ports.’

According to the acting Chairman, the report of the CRA showed “vulnerabilities such as lack of inter-agency coordination, inadequate or non-existent Standard Operating Procedures (SOPs), lack of anti-corruption policies, ineffective ethics and complaints-handling mechanism and weak regulatory oversight on clearing agents.”

He also noted that the implementation of the Integrity Plan of the CRA Report by an inter-agency Project Steering Committee had led to the design and development of the Port Service Support Portal (PSSP), a mechanism for addressing business and integrity issues in Nigeria ports, which currently contains the harmonized SOPs of port agencies and stakeholders.

The Executive Secretary, NSC represented by the Director, Legal Services, Mr. Samuel Vongtau, elaborated on the need for joint boarding of vessels by agencies and compliance of officers with the SOPs of their respective agencies as published on the PSSP so as not to risk sanctions for infractions.

In response, the NIS Controller-General, Muhammad Babandede, declared that he would not object to any attempt that will encourage ease of doing business, saying, “We are ready  to comply with any idea that will make clearance easier at the ports.’’

The Controller-General also assured ICPC of the support of NIS to ensure that corrupt practice is reduced to its barest minimum in ports.

According to him, “We are ready to work with ICPC to check all areas that are vulnerable to corruption.’’

“We are committed as a service to get involved in anything that can make the ports free of corruption,” the Immigration boss added.

Also, speaking during the visit, Spokesperson for the Commission, Mrs. Rasheedat Okoduwa, mni, stated that ICPC’s enabling law has zero-tolerance for gratification and called on the management of the service to dissuade officers on duty from accepting gifts from clients.