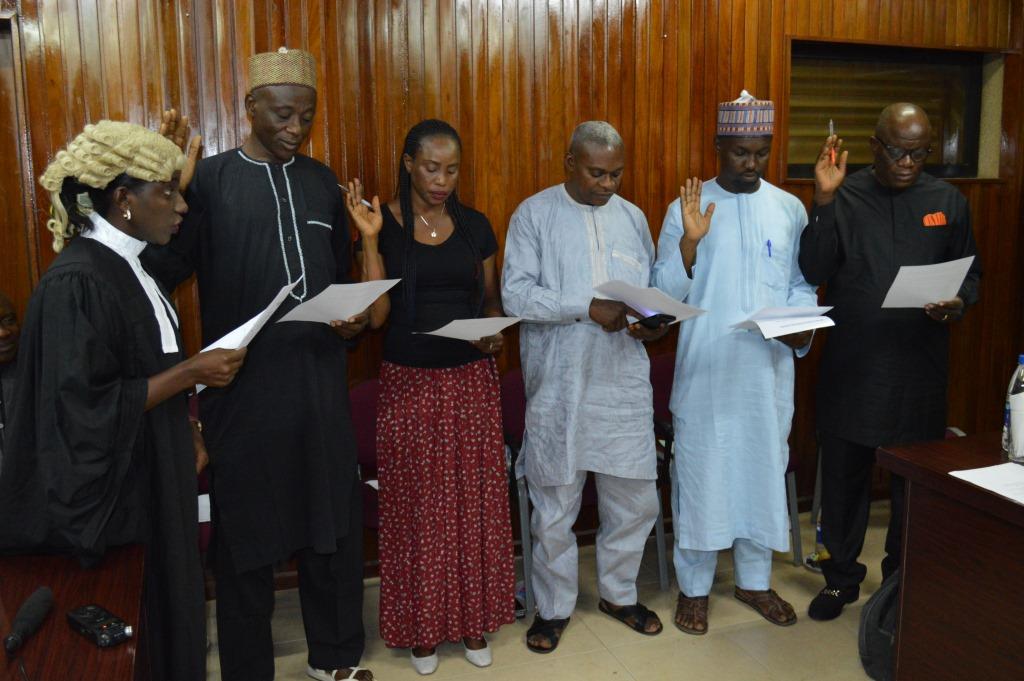 It would seem a little odd to speak of the research, preservation and collection of Nigeria’s rich artistic creations and the evil of corruption in the same breath given the famed nobility and sanctity of the country’s historical traditional, cultural as well as artistic values.

However, it is precisely to pre-empt this that the Independent Corrupt Practices and Other Related Offences Commission (ICPC), inaugurated a new Anti-Corruption and Transparency Unit (ACTU) for the National Gallery of Art (NGA), in Abuja recently.

The NGA serves as a repository for artistic creations and promotes research, education and appreciation in arts and artistic works of Nigerians, while ACTUs serve as the eyes and ears of the Commission to check corruption in Ministries, Departments and Agencies (MDAs).

Speaking during the inauguration ceremony, the ICPC Acting Chairman, Dr. Musa Usman Abubakar, represented by Dio Emmanuel, of the Corruption Monitoring and Evaluation Department (CMED) of ICPC, called on the Director-General of the NGA, Abdullahi Muku and other heads of MDAs to give maximum support to the Units in their organisations to enable them function effectively in ridding the public service of corrupt practices and other related offences.

He charged the D-G to create a conducive environment for the Unit to function through the provision of adequate funding for its operations, office accommodation as well as the incorporation of its members into all NGA’s various standing committees as provided for in the extant circular of government Ref. No: OHCSF/SPSO/SCTD/314/T2/61 dated 5th October, 2016 and noted that such support would complement government’s resolve to fight corruption in the public service.

The Acting Chairman allayed possible fears that the unit could displace or challenge management’s authority, saying that it would rather assist in instilling transparency and accountability in the processes of the agency.

He charged the ACTU members to work hard and “be responsible in the exercise of your functions and avoid any oppressive acts given the strategic role you are expected to play.”

Earlier in his welcome address, the Director-General of NGA said that there had been an informal kind of ACTU in the agency for several years and that the inauguration represented a formal acknowledgement of its existence and  provision of a new lease of life for the unit. He therefore pledged management’s readiness to support it.

In his acceptance speech, the ACTU Chairman, Bayo Kazeem, gave the assurance that the ACTU members would work as a team and also embark on the assignment with vigour and a sense of responsibility.