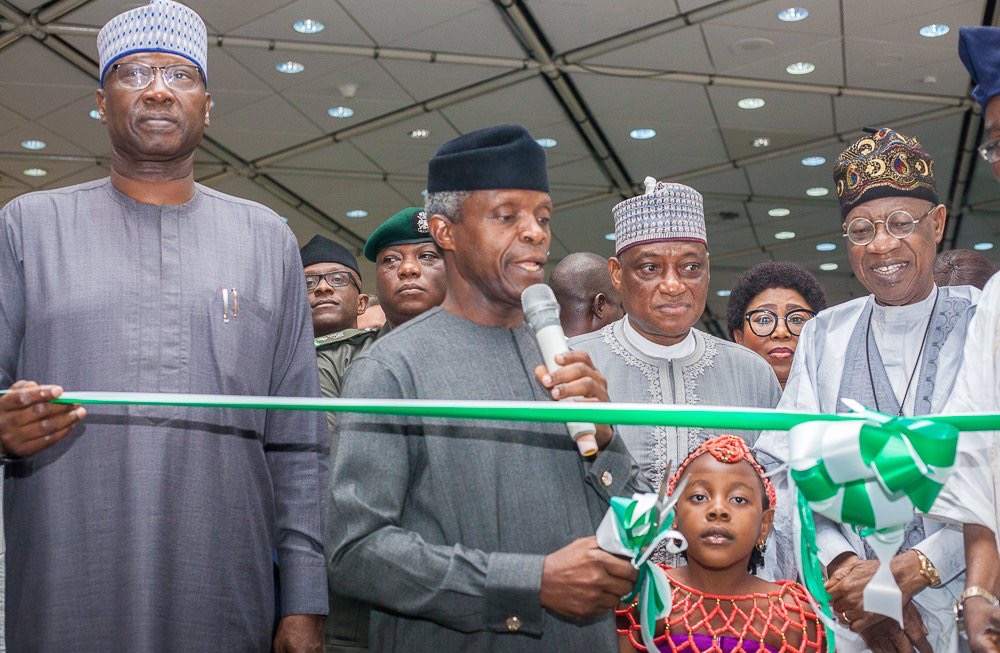 The Vice President of Nigeria, Professor Yemi Osinbajo has said that as a country we must not allow our history to determine our future but rather use it as a precursor to a greater Nigeria.

He said this while declaring open the photo exhibition themed: “The footprints of Nigeria’s Political Leaders” which was to kickstart the 58th Independence Day celebration of Nigeria.

Prof. Osinbajo said that the event which was organized by the Federal Ministry of Information and Culture in Abuja recently, was an innovative way of celebrating our independence and political history while commending the commitment of past and present leaders towards nation building and unity despite the challenges faced during the different political eras.

He added that the event was significant because it showcased the dedication and courage of Nigeria’s incredible leaders from the colonial era to date.

He went further to encourage the younger generation to see themselves as representatives that would produce the Nigeria we all hope for.

Earlier in his opening remarks, Honourable Minister for Information and Culture, Alhaji Lai Mohammed, urged Nigerians to reflect on the unity, patriotism and the country’s commitment towards nation building despite the trials and tribulations the nation has gone through.

Mohammed who was the host of the event added that Independence Day should serve as a reminder to appreciate the labour of heroes past especially for those who were not born when Nigeria gained her independence. He expressed hope that the event would give them an idea of how things were done in the past so as to prepare them for a bright future.

He further encouraged participants especially the youths to spend time to view and savour the historical exhibition in order to acquaint themselves with the country’s political and historical legacy as well as its rich cultural heritage.

ICPC was a guest at the event alongside Minister of Defence, Permanent Secretaries, ambassadors among others.

One of the highlights of the event was the art competition by secondary school students where prizes were given, other highlights include, dance and drama.