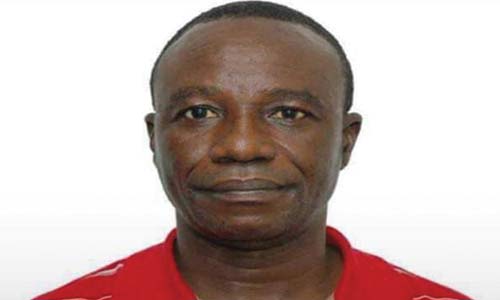 The Independent Corrupt Practices and Other Related Offences Commission (ICPC), has secured a seven year jail term against Professor Richard I. Akindele, a former lecturer at the Obafemi Awolowo University (OAU), Ile-Ife, Osun State, for demanding sex in exchange for marks from Miss Monica Osagie, a female post graduate student.

Justice Maureen A. Onyetenu of Federal High Court, sitting in Osogbo, Osun State delivered judgement against Professor Akindele after she had been convinced that he committed the offence.

Before the judgement, ICPC had arraigned Professor Akindele on a four count charge at the court for committing the offence in September 2017 when he was still a lecturer at the institution.

The first count charge against the ex-lecturer stated that, he corruptly demanded for sexual benefits for himself from Miss Osagie, who was then a post graduate student with the promise to upgrade her marks from fail to pass, thereby committing an offence contrary to and punishable under section 8 (1) a and 2 of the Corrupt Practices and Other Related Offences Act 2000.

The second charge stated that, Professor Akindele allegedly solicited for sexual benefit for himself from the victim for a favour to be given to her, thereby committing an offence contrary to and punishable under Section 18 (b) of the Corrupt Practices and Other Related Offences Act 2000.

The ex-lecturer’s third charge was for concealing evidence intentionally by removing some parts of the whatsapp conversation between him and the victim, thereby committing an offence contrary to Section 15 (1 and 2) of the Corrupt Practices and Other Related Offences Act 2000.

The fourth charge stated that, during investigation by ICPC, Professor Akindele claimed that he was born in April 1961 while the record in his personal file obtained from OAU revealed that he was born in April 1959, thereby committing falsification of age, an offence contrary to Section 25 of the Corrupt Practices and Other Related Offences Act 2000.

During the trial, Professor Akindele pleaded guilty to all the charges against him, probably to sway the sympathy of the court which could earn him a lesser sentence.

In line with this, counsel to the defendant, Mr. Francis Omotosho urged the Judge to be lenient with his client because he had already spent one month in prison custody.

In the course of the trial, Mr. Ebenezer Shogunle, Counsel to ICPC presented the phones of the victim and suspect as exhibits. He said the phones were collected during investigation by ICPC and it contained evidences of what transpired between the suspect and the victim.

He urged the judge to authorise the release of the victim’s phone to her, while the suspect’s phone should be confiscated due to the explicit nature of the evidence on it.

Justice Onyetenu obliged the release of the victim’s phone while the evidence on Professor Akindele’s phone was viewed privately by the judge based on the advice of ICPC Counsel.

Thereafter, the judge sentenced the ex-lecturer to two years each on three count charge and one year on the last count. The sentences are to run concurrently.