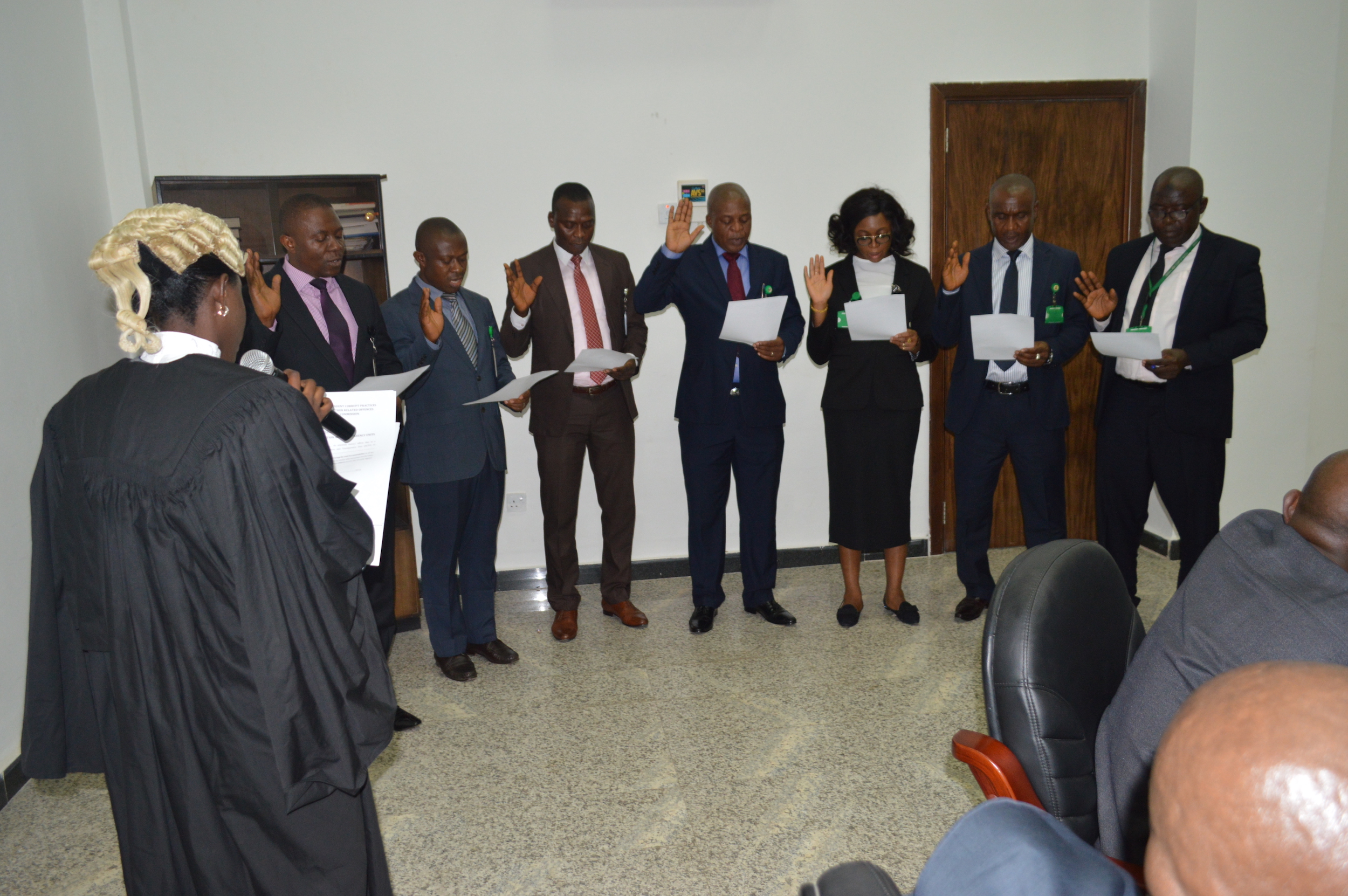 The Chief Judge of the Federal High Court, Justice Adamu Abdu Kafarati has commended the Independent Corrupt Practices and Other Related Offences Commission (ICPC) for the establishment of Anti-Corruption and Transparency Units (ACTUs) in Ministries, Departments and Agencies (MDAs) .

The judge made the commendation during the inauguration of new members of the ACTU for Federal High Court in Abuja. Justice Kafarati who was represented by the Chief Registrar of the Court, Mr. Emmanuel Gakko, expressed his gratitude to ICPC for making the inauguration possible, and noted that the establishment of ACTUs represents a significant milestone in the effort to fight corruption in Nigeria’s MDAs.

Also speaking in the same vein during the ceremony, ICPC Chairman, Prof. Bolaji Owasanoye, who was represented by the Director of Corruption Monitoring and Evaluation Department of the Commission, Abbia Udofia, described ACTU as “a veritable instrument” for fighting corruption in the public service.

Owasanoye further explained that an ACTU unit is established to serve as an in-house check mechanism that would identify lapses in operational systems, and establish administrative processes that are transparent, accountable and free of unethical practices.

He pointed out that in assisting the Federal High Court to build ethical practices, ACTU is expected to: undertake periodic sensitization of staff; conduct preliminary investigations into complaints and reports; adopt Code of Ethics/Conduct for staff; monitor budget implementation; as well as, carry out the study and review of corruption-prone processes and procedures, amongst other duties.

Professor Owasanoye added that feedback from the ACTU members would enable the Commission advise them on practices which create vulnerabilities to corruption, and improve public perception of the level of transparency and accountability within the Federal High Court.

On his part the ACTU Chairman, Ezekiel Tau, who spoke on behalf of the members after the oath-taking, assured the Management of the Court that his members would display a high level of integrity and transparency in discharging their duties at all times, while Justice Kafarati further promised that Management would take advantage of the ACTU initiative to sensitize and enlighten staff of the Federal High Court throughout the country against corruption, in addition to Management’s unflinching support to the ACTU.