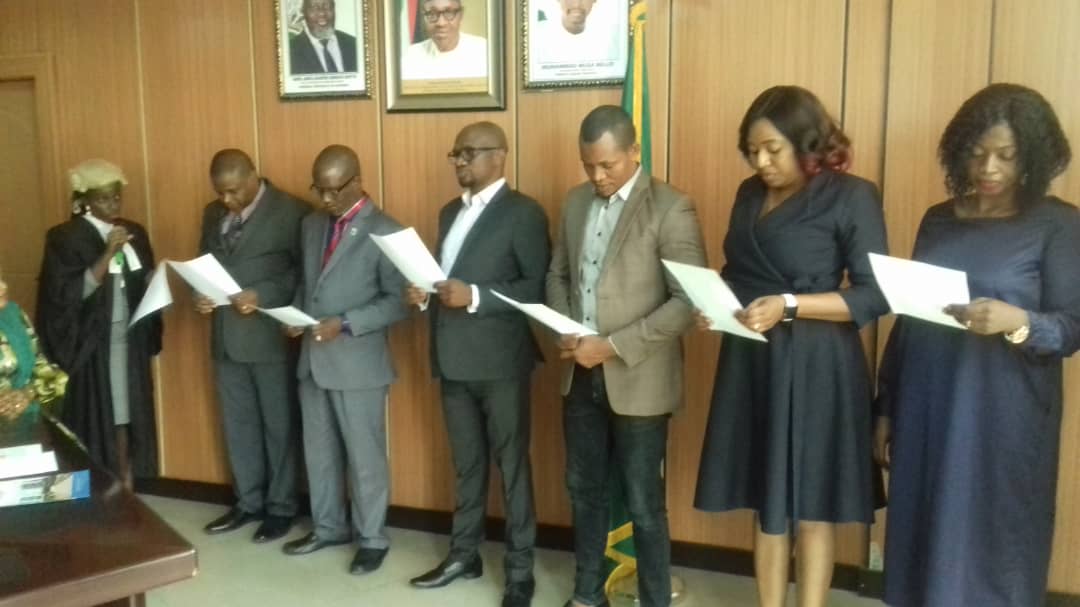 New members of the Anti-Corruption and Transparency Unit (ACTU) of the Nigerian Communications Satellite Ltd (NIGCOMSAT) have been inaugurated by the Independent Corrupt Practices and Other Related Offences Commission (ICPC).

The inauguration which took place at the headquarters of the agency in Abuja saw the new members take their oath of office in a solemn ceremony.

Speaking at the event, the ICPC Chairman, Professor Bolaji Owasanoye, who was represented by Mr. Justin Kuatsea, of Corruption Monitoring and Evaluation Department, noted that reliable and secure communications infrastructure for government operations can only be guaranteed in an atmosphere of transparency and accountability, and therefore tasked the new members to ensure that integrity was at the forefront of whatever they did.

Professor Owasanoye pointed out that the Unit was not meant to displace or challenge the authority of the management of the agency; rather, it was to assist in instilling transparent and accountable systems in the organization through its core duties which include: undertaking periodic sensitization of staff; conduct of preliminary investigations into complaints/reports; development of Code of Ethics/Conduct for compliance by staff; monitoring budget implementation and carrying out the study and review of corruption- prone processes and procedures in the organization.

The Chairman also noted that the reconstitution and subsequent inauguration of the Unit was a confirmation of the NIGCOMSAT management’s belief and support of ACTU as a veritable instrument in fighting corruption in the public service.

He therefore called on the newly inaugurated members to work harmoniously with the management of the agency to build a corruption-free NIGCOMSAT.

In her remarks, the Director General/CEO of NIGCOMSAT, Dr. Mrs. Abimbola H. Alale, commended ICPC for coming up with such an initiative, saying that   she was aware that ACTUs in various MDAs were guarding against unethical conduct and corrupt practices, and therefore pledged management’s support to the unit to enable it function optimally.