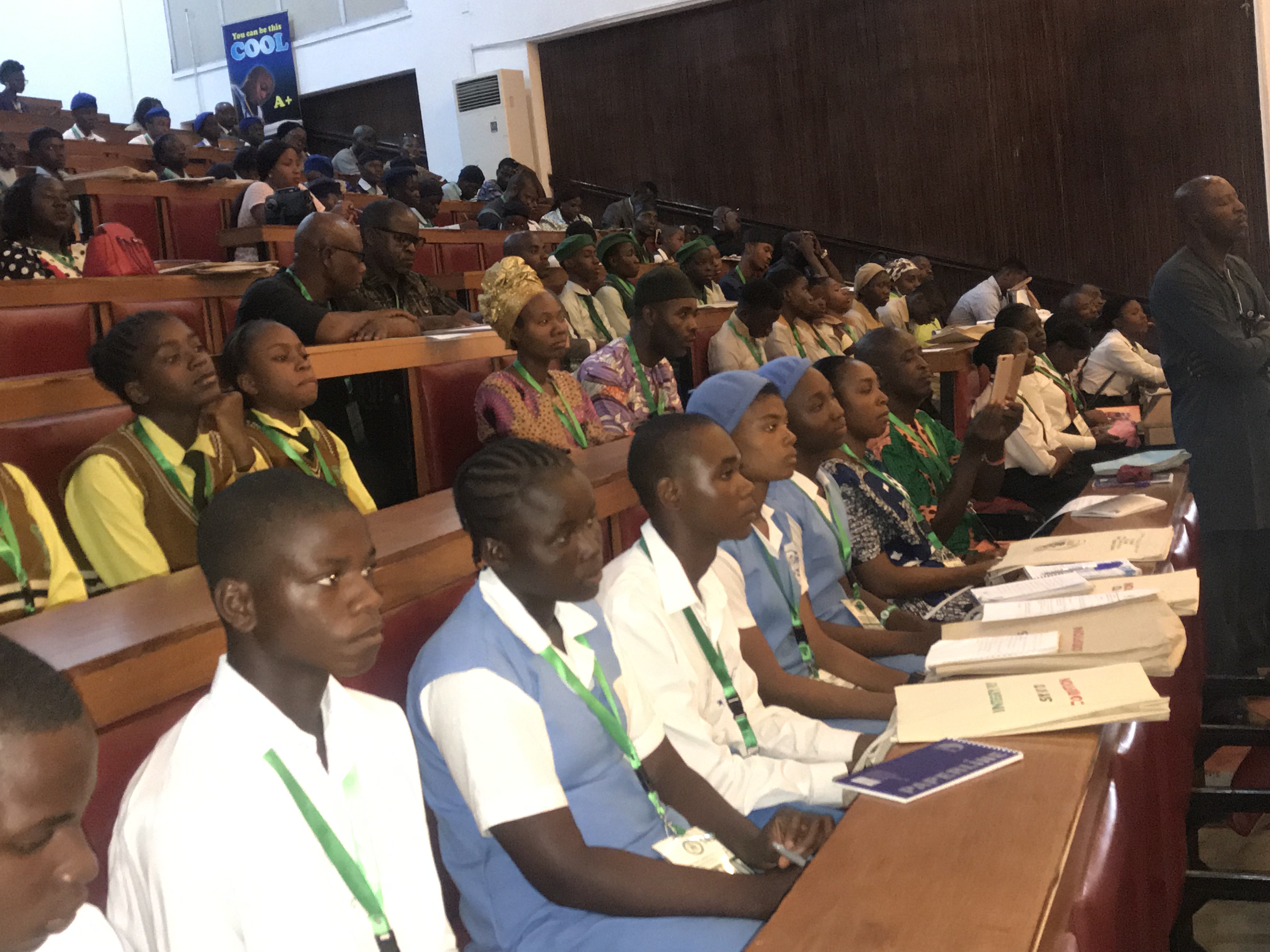 The 2019 International Children’s Day took on a special significance as the Independent Corrupt Practices and Other Related Offences Commission (ICPC) commemorated the event “the Anti-corruption Way” with students from several secondary schools in Abuja.

The event featured speeches, presentations, drama, poetry recitation, art exhibition, etc. but was devoid of a march-past or parade.

Shedding more light on the manner of the celebrationof the day in his speech, the ICPC Chairman Prof. Bolaji Owasanoye who was represented at the occasion by the Commission’s Board Member, Hon. Olubukola Balogun said: “We in ICPC decided to mark today the anti-corruption way because we want to make a strong statement the world over on the imperative of active youth participation in the fight against corruption, we believe the youth, representing 70 percent of Nigeria’s population, have a higher stake in the future of our beloved nation.’’

Prof. Owasanoye added that the “youth are highly impressionable with the valour and energy to change circumstances for the better. The brains of the youth at their formative age are like tabula-rasa they absorb andretain whatever they are taught given the right atmosphere and encouragement”.

He continued: ‘It is this belief that informed the introduction of many youth outreach programmes by the Commission, to ‘catch them young’. ICPC trains more than 60,000 youth corps members every year at various orientation camps and at their places of primary assignment, such programmes he said, included formation of anti-corruption clubs in secondary schools; anti-corruption vanguards in tertiary institutions including the universities; and Community Development Groups among youth corps members and engages them actively in the fight against corruption.’’

The Chairman revealed that the Commission had so far established more than 1500 clubs and vanguards in various secondary schools and tertiary institutions with each having a minimum of 100 students as members.

In her goodwill message, the Chairperson of Anti-Corruption and Transparency Unit (ACTU) of Federal Ministry of Education, Mrs. Christiana M. Obaje,commended the Commission for organizing the eventto mark the Children’s Day, “the anti-corruption way.”

Mrs. M Obaje added: “this effort is indeed a modest contribution by ICPC to infuse the right values and culture into school children”.