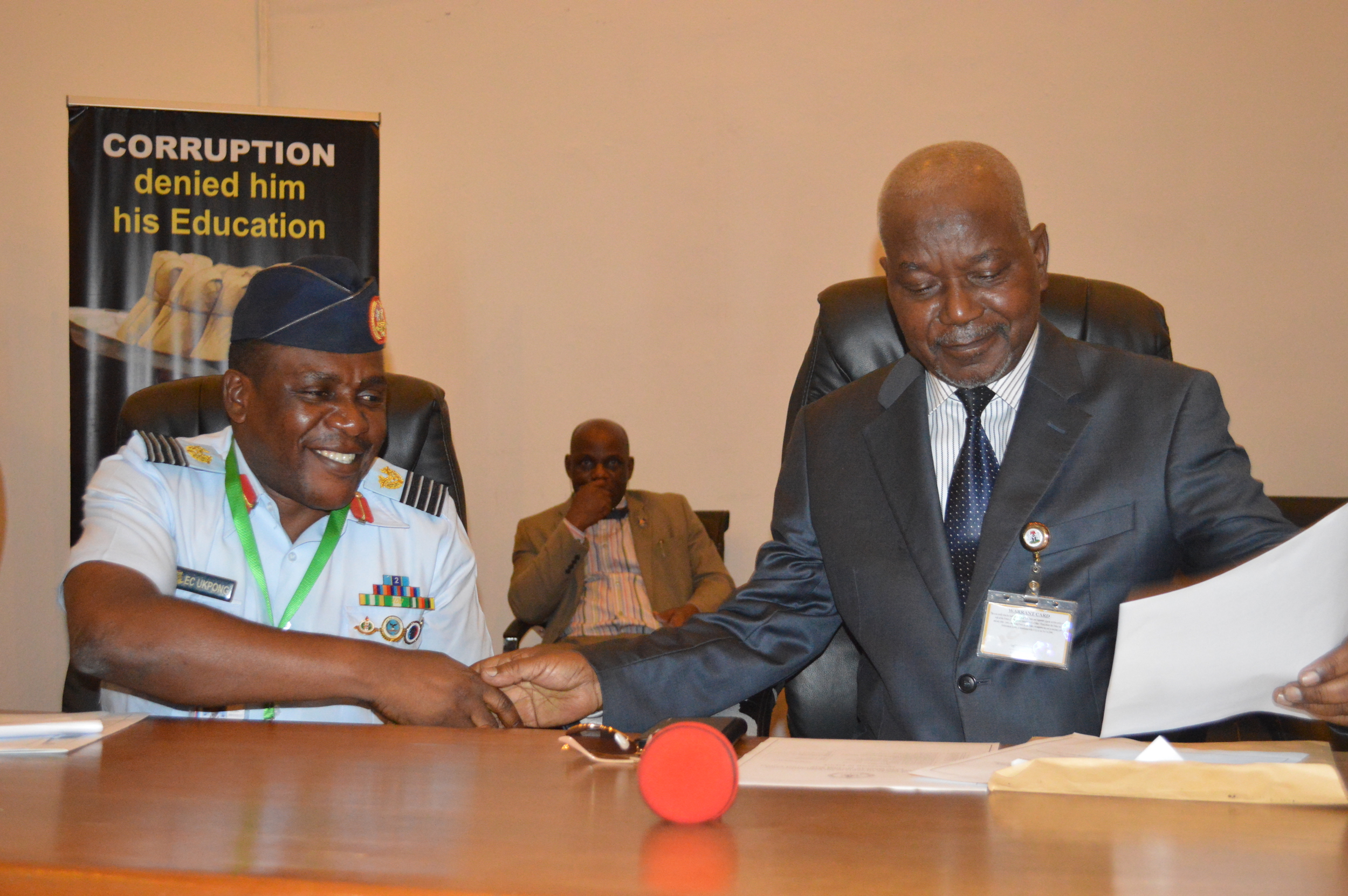 The Chairman of the Independent Corrupt Practices and Other Related Offences Commission (ICPC), Professor Bolaji Owasanoye, has described corruption as one of the factors that aid terrorism and banditry in Nigeria.

The Chairman, represented by one of the Commission’s board members, Hon. Justice Adamu Bello, was speaking during a study tour by students of Basic Intelligence Officers’ Course 12, 2019, of the Defence Intelligence College (DIC), Abuja.

The ICPC boss said the relatively high incidence of corruption in the country had led to a breakdown of institutions and values that would have fostered the inculcation of integrity and uprightness in citizens. He continued further noting that the result was that the country had become a fertile ground for breeding bandits and terrorists who have aggravated the atmosphere of insecurity.

Prof. Owasanoye also stated that the growth of a nation was tied to the quality of its workforce, saying that was why the Commission placed a high premium on partnerships and collaborations with sister agencies in the area of capacity building of its personnel.

He further spoke on the need for the Course 12 students to consider the tour as a system-building mechanism pertinent to development and synergy-creation in achieving the overall goals of nation building, and therefore, tasked them to deploy their acquired knowledge in helping to solve the nation’s challenges arising from global terrorism.

Also speaking during the tour, the Deputy Commandant of the college, Group Captain Isi Ukpong, explained that they were at the Commission in line with the title of the Basic Intelligence Officers’ Course 12, 2019 which was: “Harnessing the Potentials of Globalization in the Fight Against Corruption for Nigeria’s National Security.”

Presenting a paper at a programme during the visit, Mrs Azuka Ogugua of the Education Department of ICPC, took time to explain to the students the mandate of the Commission, some its activities, achievements, successes and challenges.