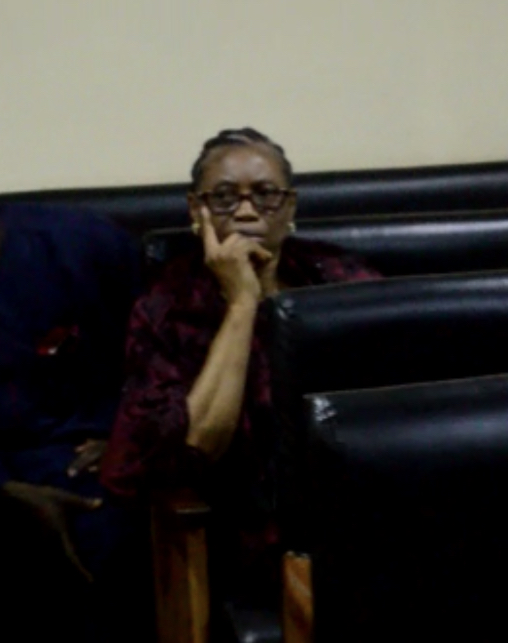 A former Secretary to the Nigeria Law Reform Commission, Mrs. Folake Abiodun Oguneye, has been arraigned before Hon. Justice M.B. Idris of the Federal Capital Territory (FCT) High Court 29 sitting in Nyanya for fraud by the Independent Corrupt Practices and Other Related Offences Commission (ICPC).

Mrs. Oguneye is facing prosecution for allegedly defrauding the Federal Government of the sum of N26,637,116.00.

The Commission, in a 5-count charge, had averred that Mrs. Oguneye, while serving as the Secretary to the Nigeria Law Reform Commission conferred corrupt advantage upon herself by using her office to derive various unlawful pecuniary benefits for herself to the tune of the above sum.
ICPC, in Charge No: CR/334/19 told the court how the accused person received the sum of N4, 100,000.00 from Kings and Khad Tours and Travels Nigeria Limited which was part of the sum of N10,171,100.00 paid to a company, Snugees Investment Limited, by the Nigeria Law Reform Commission for publicity over the reform and unification of Sale of Goods law in Nigeria.

The defendant was also accused of receiving the sum of N96,293.05k monthly amounting to N1,155,516.6k for one year as furniture allowance from the Law Reform Commission whereas she had actually collected the bulk sum of N5,777,600.00 for the five-year period of her  tenure.

Mrs. Oguneye, was further charged for accepting the sums of N15,004,000.00 from one Huthman Ademola Oluwatoyin, the Proprietor of Mutoy Adekunle Enterprises, being part of the sum of N15,516,225.00 for the unification of Sale of Goods law in Nigeria and N600,000.00 as gratification from a contract she had awarded respectively.

Her action is contrary to and punishable under sections 10 (a) (ii) and 19 of the Corrupt Practices and Other Related Offences Act, 2000. If she is found guilty, she shall on conviction be liable to imprisonment for five years without any option of fine.

Oguneye pleaded not guilty to all the charges leveled against her and her counsel, A.O. Ayodele, via a written application sought the reliefs of the court to grant her bail which was not opposed by the prosecution.

The trial judge therefore admitted the accused person to bail in the sum of N5,000,000.00 and a surety in like sum who must not be lesser than a Grade Level 14 public officer within the jurisdiction of the court, and must possess evidence of a landed property within the FCT.
The matter has been adjourned to September 19th 2019 for the prosecution to open its case.
PrevPreviousICPC nabs Impersonators of Anglican Primate, Rev Okoh
NextLai Mohammed to appear in Court over N2.5bn NBC Fraud Case-ICPCNext