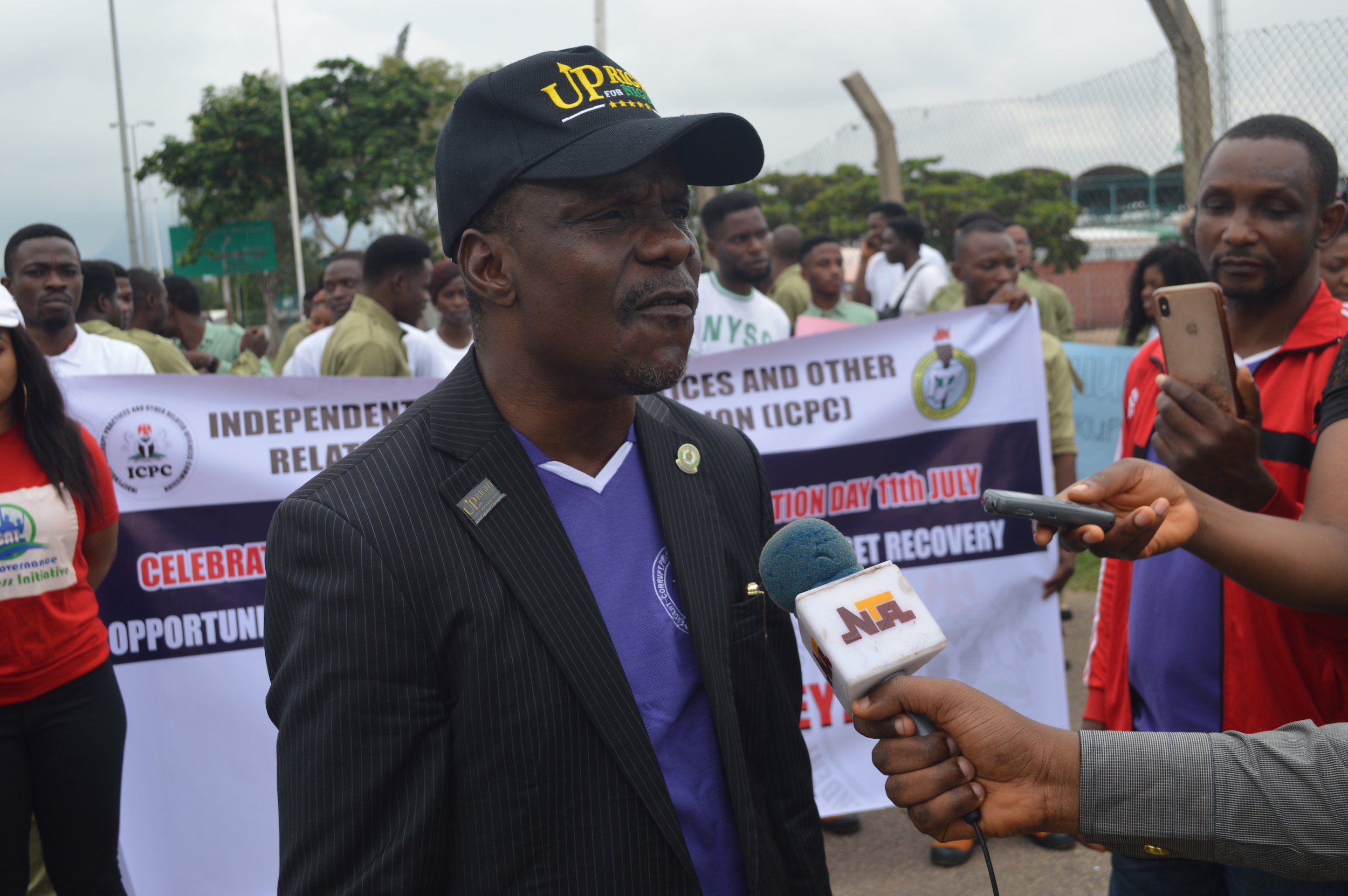 Nigeria’s Future lies in Your Hands- ICPC to Youths

The Independent Corrupt Practices and Other Related Offences Commission (ICPC), has charged Nigerian youths to take a stand against corruption as the future of the nation lies with them.

The Commission gave this charge through the Head of Education Department, ICPC, Baba Ashiru at a rally supported by the Commission and organised by the FCT National Youth Service Corps (NYSC) Anti-Corruption Community Development Service (CDS) group in commemoration of the 2019 African Union Anti-Corruption Day coming up on 11th July, 2019.

While addressing the corps-members, he told them that they must be men and women of integrity as they were the backbone and strength of the nation and should play a huge role in moving the nation forward.

On the essence of the rally, Ashiru said that the Commission, since its inception, had always recognised the vital role youths play in the anti-corruption fight, and had seen the need to ensure their participation in the memorable event, as well as for them to seize the opportunity to sensitise their peers and members of the public against the menace.

Also speaking at the event, the Anti-Corruption CDS President, Osee Victor Itopa, who was visibly excited, commended the Commission for its continuous support, saying that the group had been taught to use every opportunity given to it to sensitise members of the public on and against corruption.

He therefore called on the Federal Government of Nigeria to engage more with the youths in the anti-graft war, as that would go a long way in achieving success.

The rally was preceded by a road-walk from the Federal Secretariat to the Unity Fountain in which participants danced and distributed handbills as well as wrist-bands to members of the public along the way.