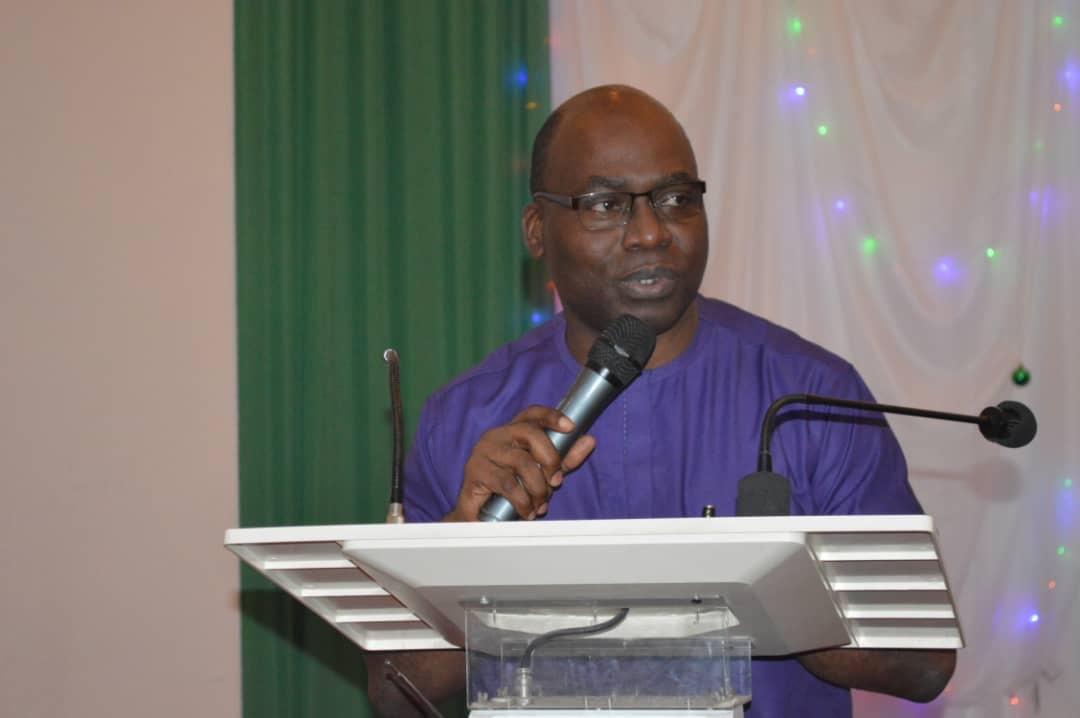 The Chairman of the Independent Corrupt Practices and Other Related Offences Commission (ICPC), Prof. Bolaji Owasanoye, has expressed his appreciation to the federal government for improved budget funding of the activities of the Commission in the year 2019.

Prof. Owasanoye was speaking at the Commission’s end-of-year staff get-together which also provides an opportunity to send off officers who had retired within the year. He said he was highly pleased with the Commission’s funding profile in the current year, noting that it had been placed on the list of priority agencies for funding and had enjoyed 94% Over-head; 100% Capital; and 100% Salary releases in the year under consideration.

The ICPC Chairman also applauded President Muhammadu Buhari for granting approval for an intervention fund to enable the Commission procure 40 vehicles as well as forensic investigationand security equipment to aid its operations.

Prof. Owasanoye also said that donor funding for the year had been unprecedented as direct and indirect support had been received from organisations such as UKAid, Department for International Development (DFID), MacArthur Foundation, and ActionAid . He put the figures at about $1.5m in grant, and E2m (pounds) in indirect support through third-party agents who would support ICPC’s work.

The ICPC Chairman was proud to announce what he regarded as the “modest progress” made in a number of areas of the Commission’s work. He said ICPC had contributed significantly to government programme and agenda, especially for the poor. According to him, the recent partnership forged with the National Social Investment Office to root out corrupt practices in the implementation of FG’s social investment programmes such as the school feeding and conditional cash transfer programmes had begun to yield results, and would therefore position government to better help the poor.

He listed other collaborative initiatives that were assisting government programmes to include the Illicit Financial Flows (IFF)/Tax Group with the FIRS; the Constituency Projects Tracking Group; and the DSS/FRSC/ICPC collaboration for tackling corruption on the nation’s highways.

Prof. Owasanoye was enthusiastic in announcing the result of recovery efforts of the Commission in the year. He revealed that over 300 hundred properties acquired with the proceeds of crime by corrupt persons had been either under interim seizure or permanentforfeiture, adding that ICPC had prevented over N30b from being corruptly taken from government treasury through its corruption-prevention activities, while N20b had been recovered.

He vowed that going forward, the Commission would pursue the option of seizures with more verve as it was the current global trend, and that it also helped to emasculate the ability of corrupt persons to frustrate legal actions taken against them with the proceeds of their criminal activities.

Apart from the retiring staff who were honoured with plaques and gifts at the event, 10 deserving officers from across the Commission’s departments and units were acknowledged with performance merit awards.