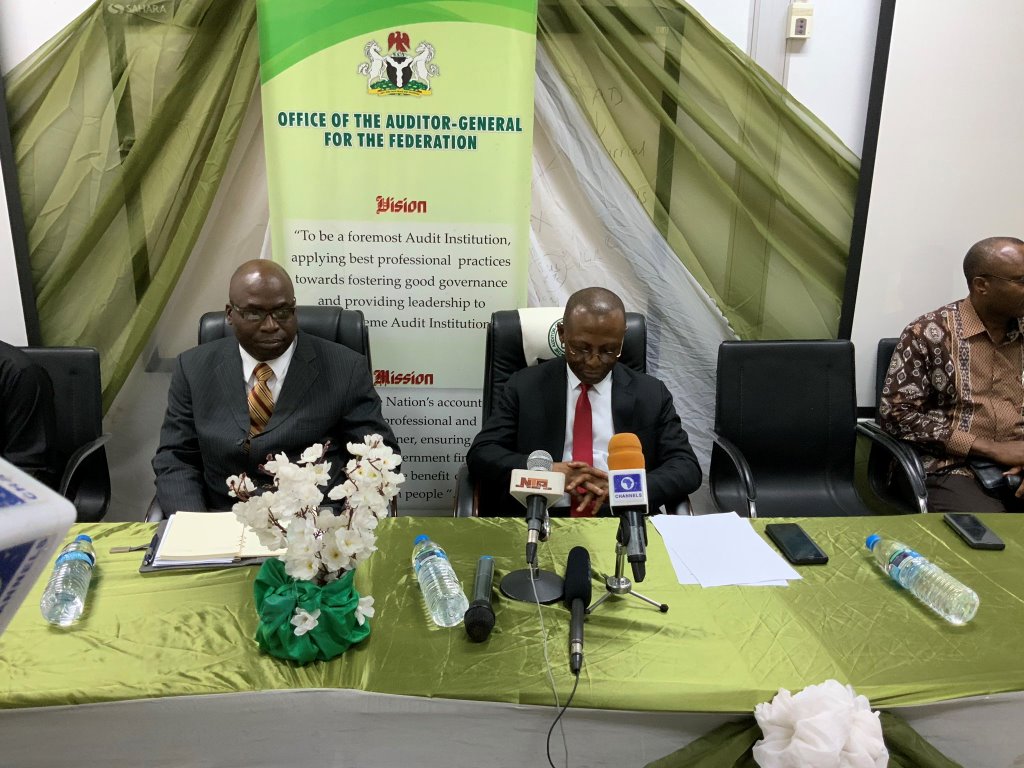 A landmark collaboration wrought between the Independent Corrupt Practices and Other Related Offences Commission (ICPC) and the Office of Auditor-General for the Federation (OAuGF) to carry out audits as well as system study and review exercises of Federal Government revenue generating agencies will be activated commencing with the Nigeria Customs Service and the Federal Inland Revenue Service this March.

This was disclosed by the Chairman of ICPC, Prof. Bolaji Owasanoye during the signing of a Memorandum of Understanding by the two agencies in Abuja recently. The event which marked the formal launch of the partnership was attended by the media and top hierarchy of both organisations.

Speaking during the event, Prof. Owasanoye said “a radical problem requires a radical solution. What we are doing today is to formalize the relationship that has been incubating for some months in order to deal with corruption which has set Nigeria back”.

He explained that the relationship with the Auditor-General was to initiate new strategies and efforts to block leakages in Nigeria’s revenue generating systems which accountability mechanisms have been dysfunctional. “The Auditor-General’s office does its work and sends to the National Assembly, and sometimes until it is debated and made public, other law enforcement agencies may not be privy to it”, he lamented, noting that things were about to change for the better.

Prof. Owasanoye also reiterated the three-pronged mandate of the Commission as being investigation/prosecution; carrying out preventive measures through systems review of government agencies and public education.

He added that what the collaboration hoped to achieve was to tackle at the very root the factors that lead to revenue loss, diversions, infractions, etc., and quickly punish based on the ICPC legislation.

According to the Chairman, last year, ICPC in its effort to fulfill its mandate, focused on the utilisation of the Personnel Cost of about 208 MDAs and was able to restrain over N40bn from being misspent. “Therefore, we would start this assignment by focusing on revenue generating agencies, looking at their systems through specialized audits. We solicit the cooperation of the agencies we are to start with because the intention is to find wrong and deal with it decisively” he emphasized.

On his part, the Auditor-General of the Federation, Anthony M. Ayine, said that the partnership would entail a joint work-plan and joint visits; and that it would send a strong signal to Nigerians that the fight against corruption had taken on a new level.

He said: “Through this event, we are making sure that Nigerians are aware of our partnership, and we are expected to be held accountable for results. Our plan is to report back to Nigerians on the first stage of the partnership by May 2020, and agree to target N100bn in savings, efficiency gains and financial impacts to be achieved within one year.”