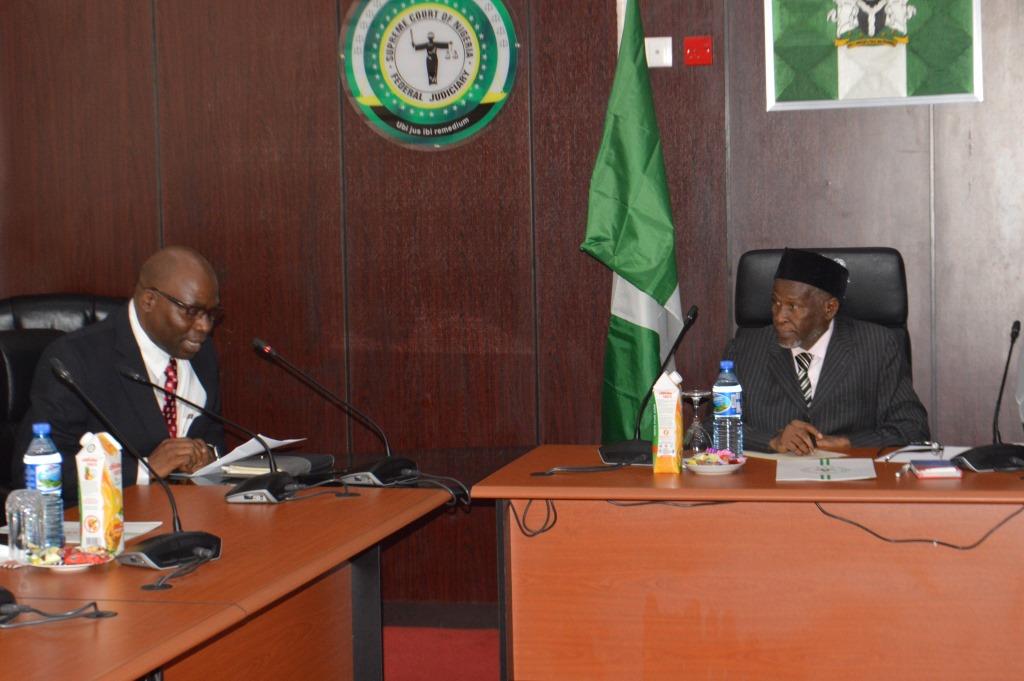 The Supreme Court has offered to assist the Independent Corrupt Practices and Other Related Offences Commission (ICPC) to tackle the problems of corruption in Nigeria.

Chief Justice of Nigeria, Justice Ibrahim Tanko Muhammad, who made the offer when top management of ICPC paid him a courtesy visit, said that the enormous task of fighting corruption before ICPC required the Apex court to support the Commission.

He said, “The judiciary, especially the Supreme Court is all out to give you a helping hand in trying to see that all traces of corruption are reduced.

‘We are urging you, wherever you think that something is wrong with the judiciary, please draw our attention to it, be it Area Court, Magistrate  and so on, it will be dealt with.”

Earlier, ICPC Chairman, Professor Bolaji Owasanoye, said that delay in some judicial processes such as service of notices, issuance of bankers’ orders, arrest warrants and rulings were holding down the work of the Commission.

He lamented that government often times, suffered great loss because huge sums of money in bank accounts of suspects under investigation are usually diverted due to the delays in the court processes.

He said, “There are many cases at the lower court where apparent perversion of court processes exists. For instance tardiness to avail copies of order and rulings until the time elapse, or to give orders such as bankers’ order and arrest warrant.”

The Chairman who commended the efforts of the Apex court in the anti-corruption fight, pleaded that corruption cases should be prioritized in the courts.