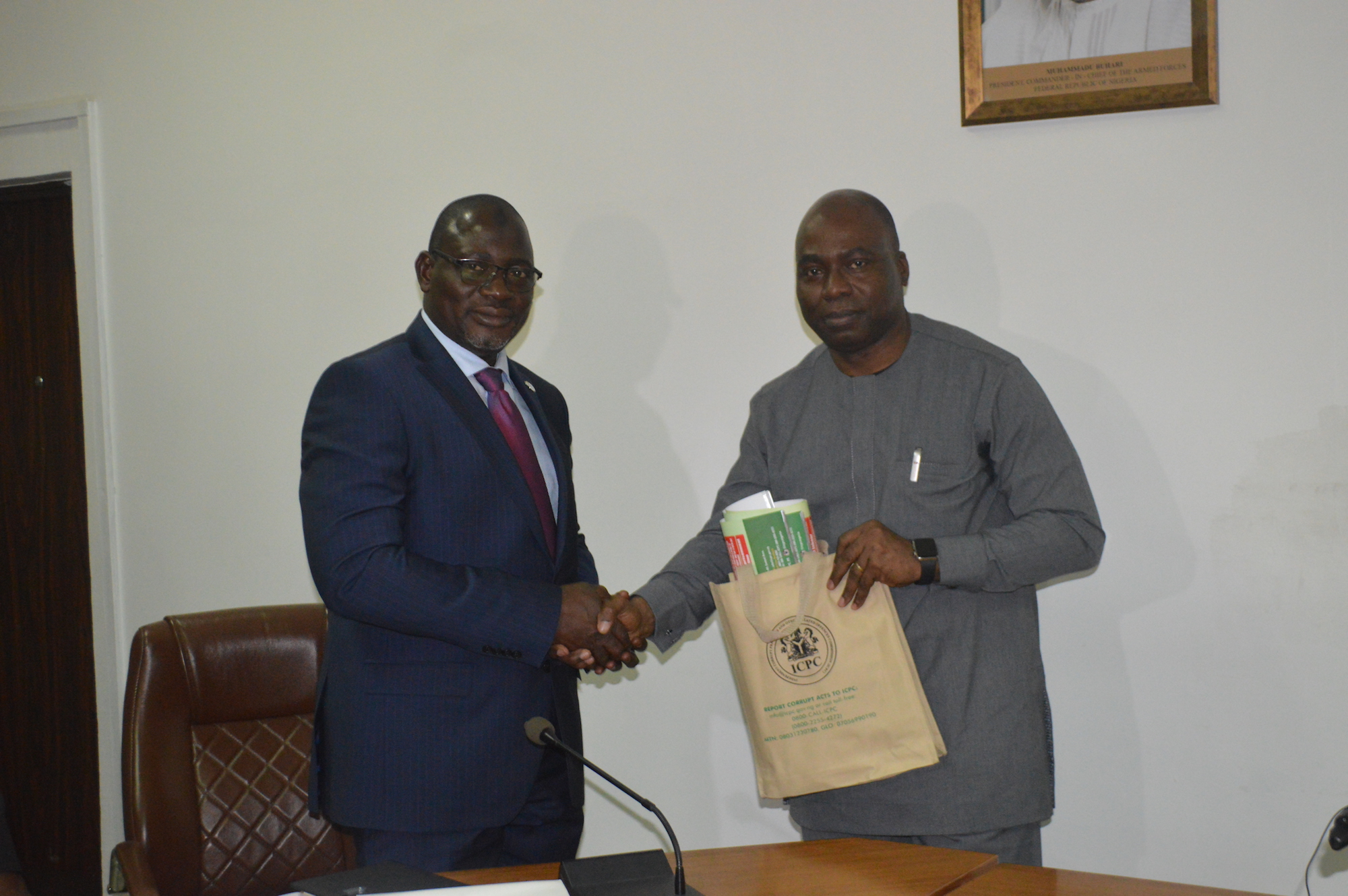 The Independent Corrupt Practices and Other Related Offences Commission (ICPC) and the Federal Inland Revenue Service (FIRS) have agreed to raise the revenue profile of the Federal Government to stop its dependence on loans to fund annual budget.

The Chairman of FIRS, Muhammed Nami, during a courtesy visit to ICPC headquarters, Abuja, said that the two agencies were already working together to ensure that all government budgetary needs were met with the increased revenue profile.

Nami stressed that the proactive efforts of ICPC which had ensured that tax evaders either comply or face the law had resulted in improved revenue for the agency.

He went further to say that the Commission is a key stakeholder to their work as there has been visible improvement since ICPC beamed its searchlight on tax-related issues.

The FIRS Boss said that his agency was also focusing on putting systems in place using technology to provide opportunity for the ease of doing business and ease of paying tax. He added that attention was also given to the non-oil sectors in order to assist government fund deficient areas of the economy.

Furthermore, he assured that FIRS would continue to educate members of the public on the importance of stamp duty while pledging his support to the Commission in terms of setting up systems that would harmonise the work between both agencies.

The Chairman ICPC, Prof. Bolaji Owasanoye while welcoming members of FIRS, acknowledged the relationship that existed between both agencies and commended their effort to boost revenue generated from tax especially taking on the need to collect stamp duty and creating a practical framework to do so. He added that the Commission was happy to work with FIRS as it has started paying attention to revenue generating MDAs.

“Tax revenue becomes casualty when tax evasion takes place” he said. Owasanoye went further to say that ICPC had made tremendous progress in recovering taxes for the agency as projects monitored by the Commission had individuals going to get cleared by paying their taxes.

The ICPC boss while drawing attention to the rampant abuse of doing business projects through public offices to get the job done, stressed that the Commission had begun to flag such endemic practices. He therefore requested FIRS to provide feedback on revenue collected as a result of ICPC’s intervention so as to record progress.

The ICPC Chairman believed that the effort being made to curb the menace would yield fruit as citizens would begin to see the negative effects of tax evasion and become compliant.

He also advised that a synchronized system be put in place so that both agencies can be on the same page in terms of information so as to avoid waste of resources and manpower.