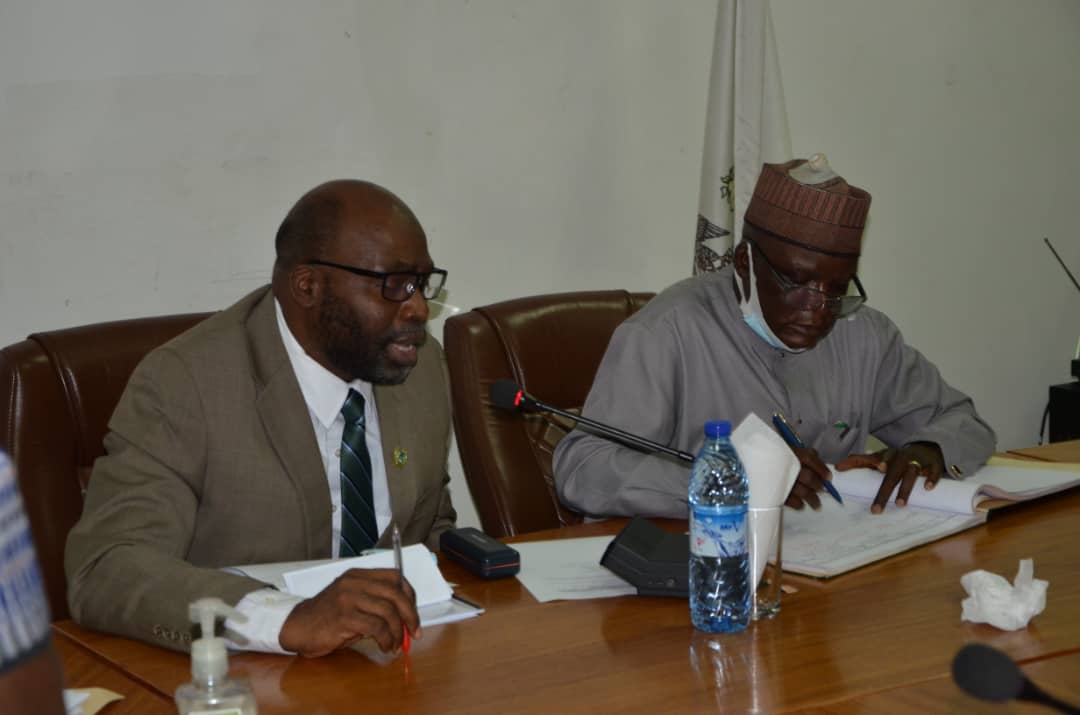 As part of its oversight function the Chairman of the House of Representative Committee on Anti-Corruption, Hon. Shehu Garba and members of the Committee paid a visit to the Independent Corrupt Practices and Other Related Offences Commission (ICPC) recently.

The Committee members were received at the Commission’s headquarters by the Chairman of ICPC, Prof. Bolaji Owasanoye, board members and management staff of the Commission.

Hon. Shehu Garba in his remarks said the visit was in line with the constitutional provisions of the National Assembly, to conduct oversight activities of government Ministries, Departments and Agencies, MDAs.

He extoled the Commission’s transparent anti-corruption disposition, and expressed the optimism that the visit will avail his Committee the opportunity to put things in better perspective when engaging with the Commission especially on appropriation matters.

“It is our hope that our engagement with you will further provide us with an opportunity to appreciate what you do more”, he concluded.

In his address, Prof. Owasanoye said there was an urgent need to have a unanimous approach to the fight against corruption considering the endemic nature of the menace.

He called on the National Assembly to lend its voice in condemning sharp practices in public procurement activities because according to him “it was taking a daunting toll on government revenues”.

Prof. Owasanoye declared that corruption in Nigeria has become so systemic that no single agency can satisfactorily handle it alone.

He said, “Corruption in Nigeria is so systemic that an agency of less than 800 personnel cannot solve it alone in a nation of over 200 million people. Not one agency, not two and not even three agencies can. When it is systemic you need a combination of approaches”.

On the issue of moratorium period of prosecution and the suggestion in some quarters that there should be a cessation period of two years on corruption cases, the ICPC boss had this to say

“My query on this line of thought is that: what fills in the gap in the two years, is it two years of impunity or two years of doing what? But I do agree that it is not only prosecution, given all its limitations, that can deal with the issue of corruption. Gladly, we have taken some initiatives which have given ICPC the visibility which the House Committee Chairman referred to earlier”.

The visit which was very interactive in nature was concluded with a facility tour of the Commission’s premises – auditorium, detention facility and porta-cabins.

It was the first visit of the Committee to ICPC headquarters. Earlier in the year, the Committee participated in a retreat in Ibadan at the instance of ICPC.

PrevPreviousICPC to Review Operations of NHIS
NextICPC NOT Issuing “Certificate of Clearance” for Suspects, Nor Charging Fees for such “certificates”Next