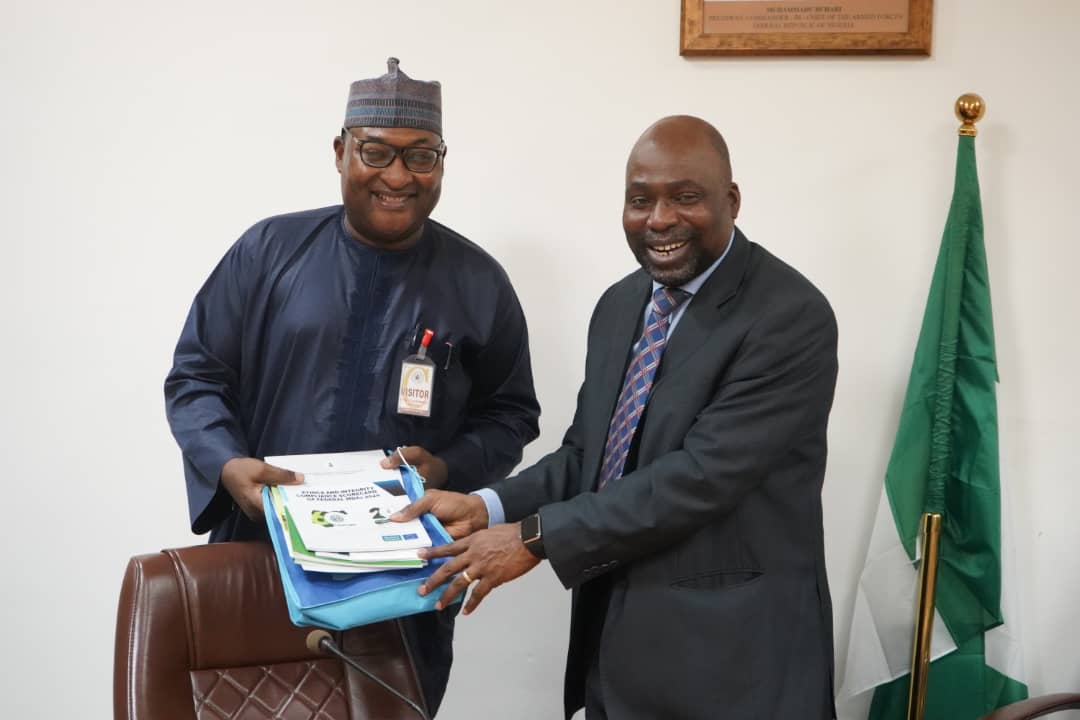 In his determination to find lasting solution to the mirage of hardship experienced by importers and exporters at the Lagos seaports, the Executive Secretary/CEO of Nigeria Shippers Council (NSC) Barrister Hassan Bello, sought intervention from the Independent Corrupt Practices and Other Related Offences Commission (ICPC).

Bello made his intentions known recently at ICPC Headquarters in Abuja, while on a courtesy call to the Chairman of ICPC Professor Bolaji Owasanoye, SAN.

According to him, “we cannot help but to appreciate the wonderful impact made by ICPC in the port sector reform stemming from series of sustained collaboration with the Commission. However, presently the situation is very rough, due to the bad road network. Exports can’t go out and Imports can’t come in.”

“The media is agog with news on corrupt practices in the port sector, the situation is so bad that for instance to transport a 20 feet Container from the port to anywhere like Ikeja or Apapa main costs will be about N1.2million,” he lamented.

Professor Owasanoye, SAN, assured the visiting team that he was quite familiar with the intractable situation at the Apapa Port. He however noted that the situation would require a concerted efforts from all the critical agencies with the ability of ensuring sanity in the port sector.

The ICPC Chairman emphasized: “Our two agencies ICPC and NSC can’t provide a permanent solution to the mirage of problems in the port sector and we can’t survive the situation by focusing on one phenomenon alone, (say bad roads). It is a combination of efforts that would get us out of the woods.”

Speaking further, ICPC Chairman assured the NSC Boss of the Commission’s willingness to come to the aid of the Council despite its manpower challenge, saying: “quite a number of agencies have requested for this type of collaboration, but our operatives are very limited.”

However, the Chairman assured that ICPC would provide the needed support as requested. Therefore a focal officer from NSC will work with key officers of ICPC to chart the way forward.

It would be recalled that ICPC had conducted a Corruption Risk Assessment of the Port Sector a couple of years back and the outcome of the study led to the design and operationalization of the Ports Service Support Portal (PSSP) and the recently launched Process Manual for the Ports.

In the entourage of NSC Executive Secretary were some officials of the Council including: Ms. Ifeoma Ezedinma, Alh. Tahir Idris, Mr. Moses Fadipe and Mr. Daniel Orume.