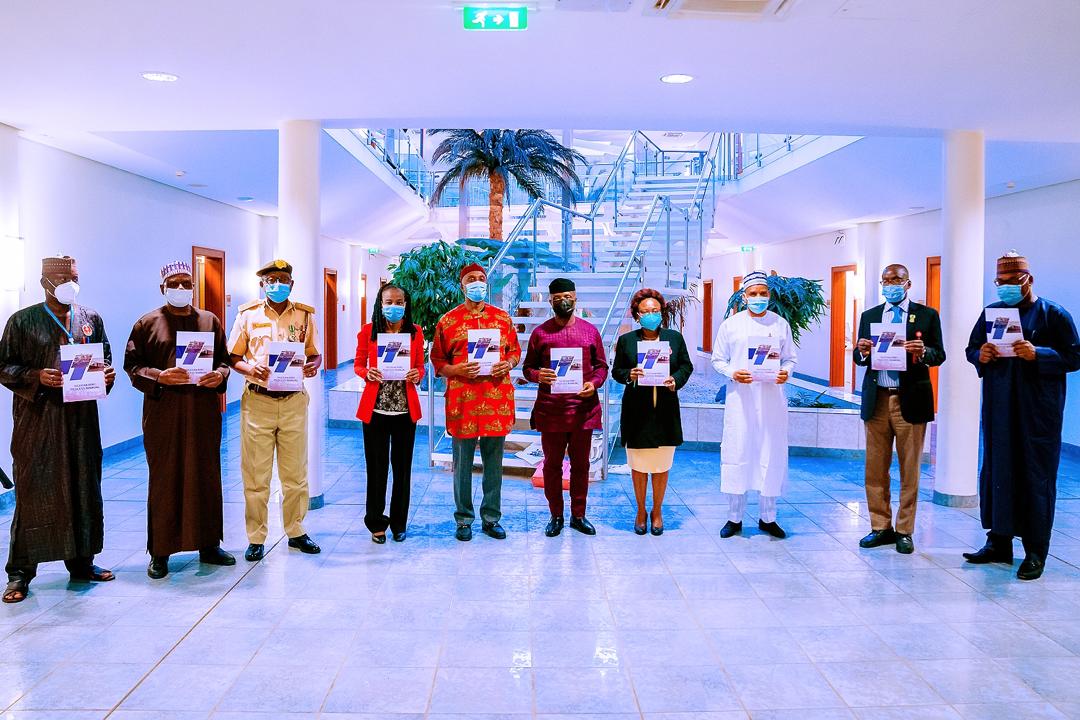 The Vice President of the Federal Republic of Nigeria, Professor Yemi Osinbajo, SAN has commended the Independent Corrupt Practices and Other Related Offences Commission (ICPC) for its contribution to the development of the Integrity Action Plan for Nigeria’s sea ports.

The VP gave the commendation while making remarks at the launch of the Single Process Manual on Port Processes/Operations in Abuja, recently. According to him, the Manual was part of the Integrity Plan of the Corruption Risk Assessment of Nigerian Ports (an initiative of ICPC, TUGAR & BPP in 2013) which had been launched as a follow-up to the Port Service Support Portals (PSSP) which he also launched in the year 2016.

On the purpose of the Process Manual, Osinbajo said: “the Process Manual is a step by step trajectory of processes at the ports. It outlines the actors and timelines for each process, it guides the user by highlighting all required documentation, payments, timelines, and the responsible agencies.

“It is expected to ensure predictability; promote transparency and accountability; reduce corruption in ports processes; eliminate bureaucratic bottlenecks faced by port users and reduce the opportunity for illegal demands in the ports,” the VP noted.

Prof. Osinbajo was very optimistic that the Manual would contribute to the ease of doing business and impact positively on Nigeria’s rating on the Corruption Perception Index, especially as the ranking had yet to show improvement in fighting corruption commensurate to government’s efforts in combating the scourge.

Speaking further, the VP commended ICPC; Technical Unit on Governance and Anti-Corruption Reforms (TUGAR); and the Bureau of Public Procurement (BPP). The Hon. Chairman of ICPC, Prof. Bolaji Owasanoye, SAN, was represented at the occasion by Mr. Akeem Lawal, who is the Commission’s Director of Operations.

In attendance at the launch were the Hon. Minister for Transportation, Rotimi Amaechi; the Comptroller General of Immigration, Muhammed Babandede; the Director-General Nigerian Maritime Administration and Safety Agency Dr. Bashir Yusuf Jamoh; the Executive-Secretary, Nigerian Shippers’ Council, Hassan Bello; Director-General of the Bureau for Public Procurement Mamman Ahmadu; and the representative of Nigeria Ports Authority.

Although the Nigerian Shippers’ Council is to drive the process and implementation of the Process Manual, operational agencies at the event also made statements of commitment to its implementation. At the end of the occasion, Mrs. Lilian Ekeanyanwu of TUGAR gave the vote of thanks.