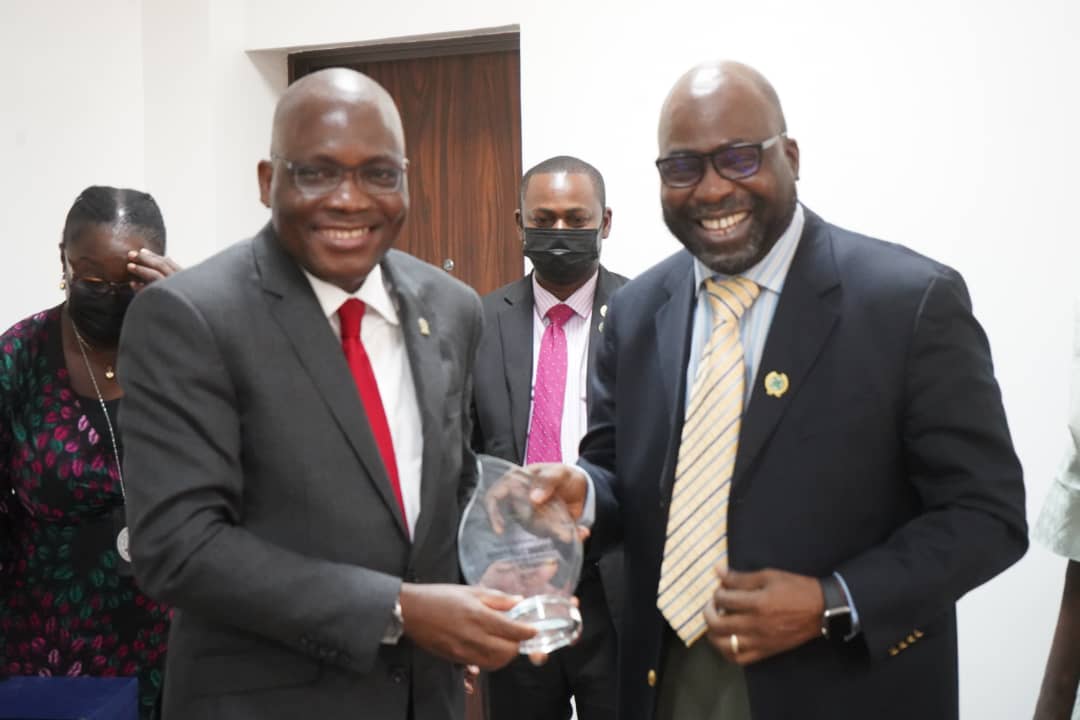 ICPC Calls on CIBN to train Judges on IFFs

The Chairman of the Independent Corrupt Practices and Other Related Offences Commission (ICPC), Professor Bolaji Owasanoye, SAN, has called on the Chartered Institute of Bankers of Nigeria (CIBN), to incorporate trainings on understanding Illicit Financial Flows (IFFs) and money laundering in its training programme for the National Judicial Institute (NJI).

Professor Owasanoye made the call at the ICPC’s headquarters while playing host to the officials of CIBN who were at the Commission on a courtesy call recently.

He revealed to the team that the Commission had a similar collaboration with the NJI for regular sessions on the technicalities of IFFS, which are perpetrated through tax evasion, transfer pricing, trade mis-invoicing, over-invoicing, under-invoicing, etc.

The ICPC Chairman assured the CIBN of the Commission’s readiness to collaborate with the institute, adding that ICPC would be delighted to have some of its staff, especially investigators benefit from trainings programmes organized by CIBN on Banking and Finance.

Earlier in his opening remarks, President of CIBN, Dr. Bayo Olugbemi said that the purpose of their visit was to explore possible areas of collaboration with ICPC regarding the banking industry saddled with the responsibility of training and certifying bankers in Nigeria, and ensuring ethical behavior and professionalism in the industry.

Dr. Olugbemi solicited the support of ICPC for the proposed amendment of the CIBN Act of 2007, to enhance the power of the disciplinary tribunal to discipline erring bankers, among others.

Speaking further, he said that CIBN would be willing to collaborate with the Commission in training staff on banking and finance and allied matters in the same manner it does for judges.

The CIBN applauded the Commission on its effort in combating corruption through assets recovery, establishment of Anti-Corruption Transparency Units (ACTUs) in Ministries, Departments and Agencies (MDAs) and the publishing of three volumes of the ICPC Law Reports.