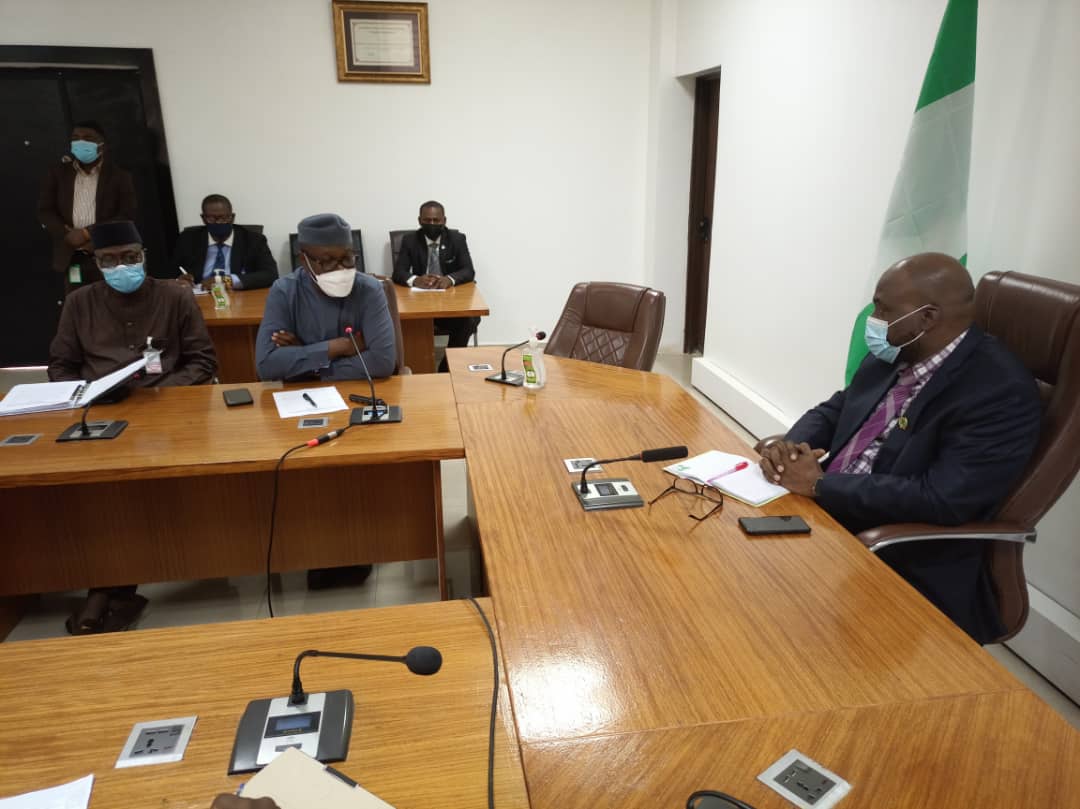 The Chairman of the Independent Corrupt Practices and Other Related Offences Commission (ICPC), Professor Bolaji Owasanoye, SAN, has commended the Nigeria Export Processing Zones Authority (NEPZA) for their role in Nigeria’s development, and for supporting the work of the Anti-Corruption and Transparency Unit (ACTU) of the agency.

Professor Owasanoye gave the commendation while receiving the Managing Director/CEO of the agency, Professor Adesoji Adesugba and his delegation in his office recently.

He stated that the lack of trust and transparency prevent the flow of Foreign Direct Investment into the country, and that it required political will to create an enabling environment for investment to thrive, adding “we have all the templates but we are not attracting as much as we want and that it is by our own effort that will build our economy”.

On the Anti-Corruption and Transparency Unit (ACTU), the ICPC Chairman pointed out that ACTUs were established to help strengthen the prevention of corruption in all government agencies and to also serve as the eyes and ears of ICPC in those agencies.

The ICPC boss used the opportunity to urge chief executives of government agencies to support ACTUs, saying that it must be encouraged to help boost the anti-corruption crusade of the federal government.

He further went on to say that if ACTUs were allowed to function the way they should, the MDAs would be more productive, and Nigeria would be a better place.

Earlier, the Managing Director /CEO of NEPZA, Professor Adesugba, stated that his visit to ICPC was to seek collaboration in the fight against corruption, adding that it was necessary to deal with the cankerworm of corruption and ensure that things are done properly within the law so as to deepen the economy.

He thanked the Chairman for setting up ACTUs saying that the Unit had helped in the development of processes that ensure that things were done properly and transparently.

He further stated that due to the effectiveness of ACTU in his organisation, he has directed that the Unit be extended beyond its headquarters to other states were NEPZA offices operate from.

The MD therefore sought the support of ICPC for further training of its staff on the operations of ACTU.

PrevPreviousICPC Calls on CIBN to train Judges on IFFs
Next2020 Budget Performance: Senate commends ICPC Next