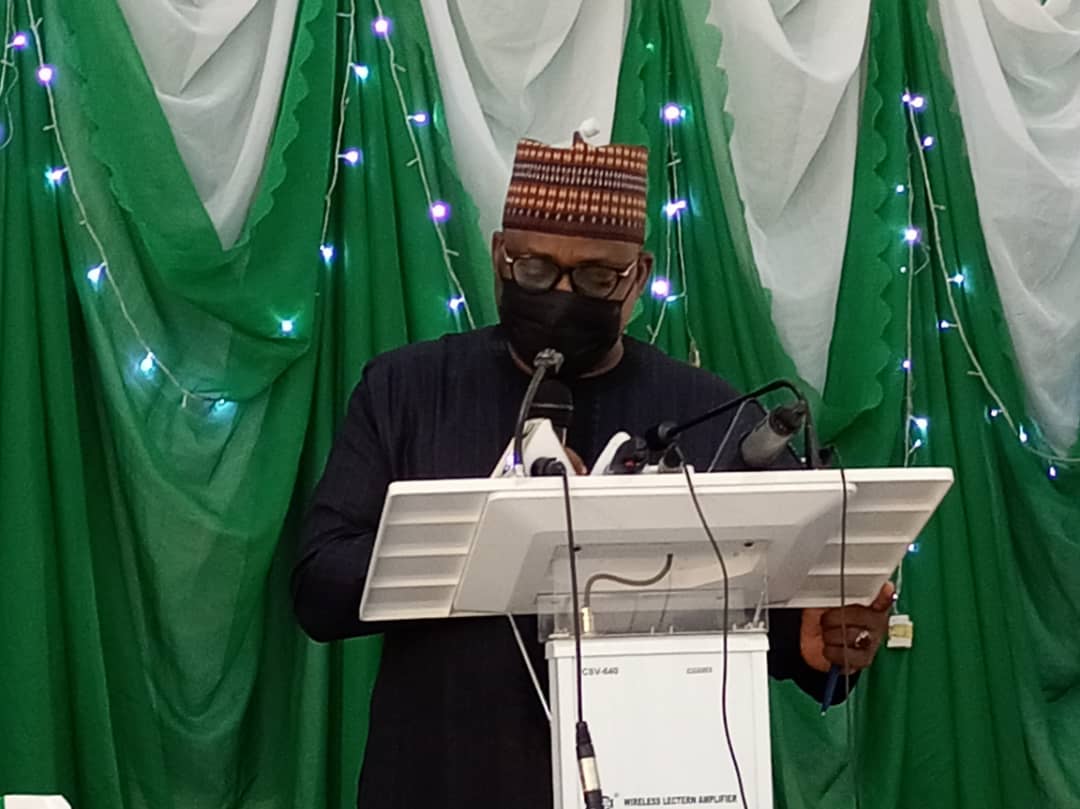 National Ethics and Integrity Policy is a child of Necessity – Owasanoye

The Chairman of the Independent Corrupt Practices and Other Related Offences Commission (ICPC) Professor Bolaji Owasanoye, SAN has described the National Ethics and Integrity Policy as a child of necessity conceived out of the urgent need to resuscitate and rejuvenate Nigeria lost values of honesty and integrity.

Prof. Owasanoye made this revelation at a One-Day Stakeholders’ Dialogue on the Implementation of the National Ethics and Integrity Policy (North Central Zone) held recently at the Press Centre, Radio House in Abuja.

The ICPC Chairman, who was represented by a member of the Commission’s Board, Hon. Abdullahi Maikano Saidu, pointed out that the policy was initiated because of the role values re-orientation plays in the fight against corruption.

A robust consequence management, sustainability, monitoring as well as evaluation plan, the chairman said,  had been put in place to ensure that the National Ethics and Integrity Policy, approved by the Federal Executive Council in 2020, stood the test of time.

He noted that the policy had specific objectives, which sought to promote sevencore values of Human Dignity, Voice and Participation, Patriotism, Personal Responsibility, Integrity, National Unity and Professionalism.

The ICPC boss explained that similar dialogue would take place across the country on zonal basis and involved all segments of the society, while calling on the key stakeholders to embrace and own the policy in order to be able to sensitize theirvarious constituents on the seven core values and the aims and objective of the policy.

In his address, the Director-General of the National Orientation Agency (NOA), Dr. Garba Abari, represented by Mr. Samuel Soughul, the Director Planning, Research & Statistics, gave an overview of the policy, and charged everybody present to help take the policy to the grassroots and be agents of change.

Dr. Abari implored participants to commit themselves to upholding the core values of the policy, noting that violation of any of the principles was actionable by relevant government agencies both at the federal and state levels.

Mr. Apampa, who was also a consultant to the Policy, stated that about 100 professionals in seven working groups were discussing the implementation of the policy in their organizations, adding that the report of the groups outlining how the private sector would implement, monitor, and sanction infractions of any aspect of the policy would be submitted to ICPC.

Two papers were delivered at the event on the topics “Overview of the NEIP” and “Building Partnership on Promoting the NEIP” by Mr. David Akonji of NOA and Mohammed Ashiru Baba of ICPC, respectively.

The first paper highlighted the legal background, objectives and fundamental principles of the Policy. It also took a detailed look at each of the 7 core values, pointing out their practical application.

The second paper examined the workplan and consequence management template of the policy, highlighting the role of each of the identified stakeholder groups, while emphaising the urgent need for citizens’ ownership of the policy.