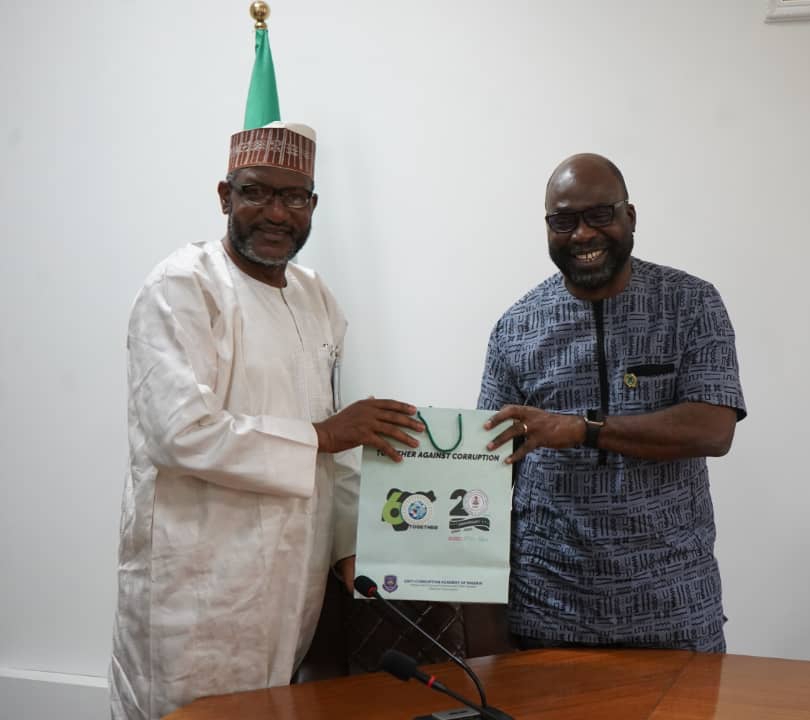 The Federal Capital Territory (FCT) Branch of University of Lagos Alumni Association has expressed its unabridged support to the Independent Corrupt Practices and Other Related Offences Commission (ICPC) over its fight against corruption in the country.

The Chairman of the FCT Branch of UNILAG Alumni Association, Mr. AliuAkoshile, stated this when he led a delegation of new executive committee members of the Association on a courtesy visit to the ICPC Chairman, Prof. Bolaji Owasanoye, SAN.

Akoshile stressed the need for the public and private sectors as well as the executive and legislature to jointly support the ICPC to eradicate corruption in the country.

“Corruption is a menace we have to collectively with the ICPC fight in the country. Personal businesses and the country cannot survive in the midst of corruption. In fact, the current challenges being faced by the country in the various sectors of the economy are not unconnected with corruption.

“I want to assure you that members of the FCT Branch of UNILAG Alumni Association are offering to be volunteers to support the fight against corruption by the ICPC. We are ready to collaborate with you in the realisation of the ICPC mandate,” he said.

He commended Prof. Owasanoye’s leadership and management of the ICPC and its reform programmes saying “For anyone to be appointed as the Chairman of the Commission comes with high level of trust. You have started well, and you are going to successfully complete your tenure.”

Responding, the ICPC Chairman, Prof. Bolaji Owasanoye, welcomed the voluntary support by the group to join hands with the ICPC in the fight against corruption.

According to Owasanoye, “I am very delighted to hear of your support for our anti-corruption initiatives and fight against the menace. If we all join hands to tackle systemic corruption in the country, we will have a critical mass to deal with the problem.

“We all have a duty to fix the problem. It is not a helpless or hopeless situation. Every support is welcomed and needed in the battle against corruption in Nigeria.”

He charged the alumni association and other associations to play a supportive role to their alma mater and be inspiration to the current students of the institutions.

PrevPreviousNational Ethics and Integrity Policy is a child of Necessity – Owasanoye
NextICPC, Finance Ministry move to Reduce Cost of GovernanceNext