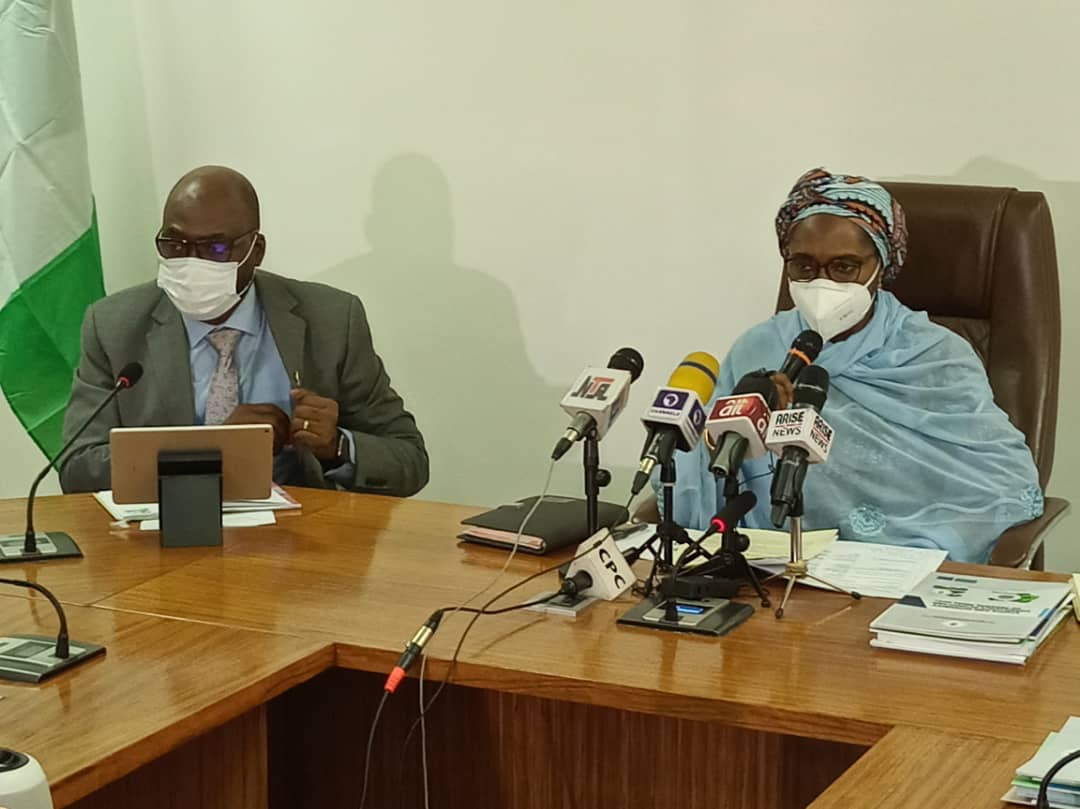 The Minister of Finance, Budget and National Planning, Mrs. Zainab Shamsuna Ahmed, has requested the assistance of the Independent Corrupt Practices and Other Related Offences Commission (ICPC) to help in reducing the high cost of governance in the public sector.

She said this at a Policy Dialogue on Corruption and Cost of Governance in Nigeria organised by the Anti-Corruption Academy of Nigeria (ACAN) the training and research arm of ICPC at the Commission’s headquarters in Abuja.

Mrs. Ahmed, in her address, revealed that the need for the reduction of cost of governance was in compliance with the directive by President Muhammadu Buhari, to review government payroll.

In her words, “while working to increase revenue, we will work to reduce the high cost of governance and I am glad that ICPC is taking this initiative as its natural mandate is to prevent corruption”.

The Minister stressed that while it was important to enforce the laws prohibiting corruption, the second most important thing was to prevent corruption from happening.

She revealed that her Ministry had designed a strategic revenue initiative which was aimed at solving the problem of revenue deficiency by expanding revenue sources, and also reducing cost by alternating processes that give room for corruption such as IPPIS, GIFMIS.

She also stated that a transparency portal had been launched to provide access to citizens to view transactions from agencies and monitor how government was performing its transactions.

Ahmed said she will work with relevant agencies of government to cut down on unnecessary expenditures so that limited resources can be used for important projects.

In his opening address, ICPC Chairman, Prof. Bolaji Owasanoye, SAN, said that the high cost of governance was fueled partially by corruption, and by incompetence and waste in governance structure and processes of the nation.

He highlighted some areas of concern that are undergoing investigation and the scrutiny of the Commission to include diversion of savings from budgetary allocations to things like COVID-19 palliatives without authorization, payroll padding and the phenomenon of ghost workers, as well as project duplication.

The ICPC boss urged citizens to become watchdogs of projects in their communities noting that ICPC was working with the Budget Office to track funding of such projects.

He further explained that “policy dialogues of this nature were meant to deliberate on issues that focus on more systemic and institutional improvements, which also should be sustainable regardless of changes in political administration”.

The Secretary to the Government of the Federation, Mr. Boss Mustapha, who was represented by Permanent Secretary David Adejo, said that the federal government was determined to reduce cost of governance through the harmonization of MDAs.

The SGF who declared the event open, added that government had adopted measures such as IPPIS, GIFMIS to ensure that cost of governance does not increase to the detriment of the people.

In his goodwill message, Senate President, Dr. Ahmad Ibrahim Lawan who spoke through the Chairman Senate Committee on Anti-Corruption, Senator Suleiman Abdu Kwari decried the increase in corruption despite concerted efforts being made to stem it.

He said more needed to be done which required critical and systemic thinking to arrest the situation.

He commended the untiring effort of ICPC in the pursuit of its mandate while pledging the continued support of the legislature to the Commission to ensure achievement of her mandate.

On her part, the Head of the Civil Service of the Federation (HOCSF), Mrs. Folasade Yemi-Esan, who was represented by Mr. D. O. Omogo said they were committed to the efforts of government to reduce cost at all levels.

She said that HOCSF appraised the conditions of service of all government agencies to be in line with all extant rules thereby giving them a significant role to play in reducing cost of governance.

Mrs. Yemi-Esan also revealed that the Office of the HOCSF had in place Performance Management System and Electronic Content Management to ensure that all activities were captured electronically.

In his keynote, the Director-General, Budget Office of the Federation, Ben Akabueze, observed that yearly budget performance report at all levels of government showed a higher recurrent expenditure which called for a cut down especially as sources of revenue has waned.

Mr. Akabueze proffered some solutions to the issue of high cost of governance such as amendment of the Constitution to restructure the federation into six regions instead of 36 states; reduction of federal ministries from 27 to 20; and staff salaries to be consolidated and harmonized.

He charged the media to demand for accountability using their platforms and prowess and advised CSOs to hold rallies to achieve result when faced with impunity.

He also called on the media to use their platforms to give voice to helpless victims of corruption saying, “the biggest healer of corruption is exposure of the wound which the media can do”.

At the same time, even the private sector that aids and abets corruption suffer disproportionately from high cost of governance especially SMEs.

Mr. Apampa opined that Standard Operating Procedures; Consequence Management framework; and a public feedback mechanism were some of the measures that when put in place and enforced, could lead to reduction in corruption even with the same actors.

He further noted that the National Ethics and Integrity Policy by ICPC has given, for the first time, a common standard that everyone could be held accountable to.

The moderator of the session, Prof. Uche Uwaleke suggested that the whistle-blower policy should be strengthened, and protection of informants be treated seriously.

He also said the Efficiency Unit which worked with the private sector should also be strengthened and given legal backing.

Senior Research Fellow, ACAN, Prof. Isaac N. Obasi while presenting highlights of draft policy considerations on corruption and cost of governance recommended a drastic reduction of high overhead expenditure in order to curtail the prevailing high fiscal deficit; review of the cost intensive aspects of Nigeria’s presidential system of government without losing the quality of checks and balances and proportional representation.

He also recommended that the federal government lead by example by urgently introducing new cost-cutting measures that would put on hold the proliferation of institutions on a competitive geo-political basis.

In his closing remarks, the Acting Provost of ACAN, Prof. Tunde Babawale said that the country would make significant progress if the wasteful practices of public officials such as duplication of functions of MDAs, embezzlement of public funds, kickbacks from contracts, procurement fraud, diversion of public funds into private hands can be curbed.

He assured that the Academy will produce a policy brief from the robust discussions made at the event, meant to proffer solution to specific problems that confront Nigeria.

The dialogue which is the first of a two-pronged dialogue session planned for year 2021 held both physically and virtually.