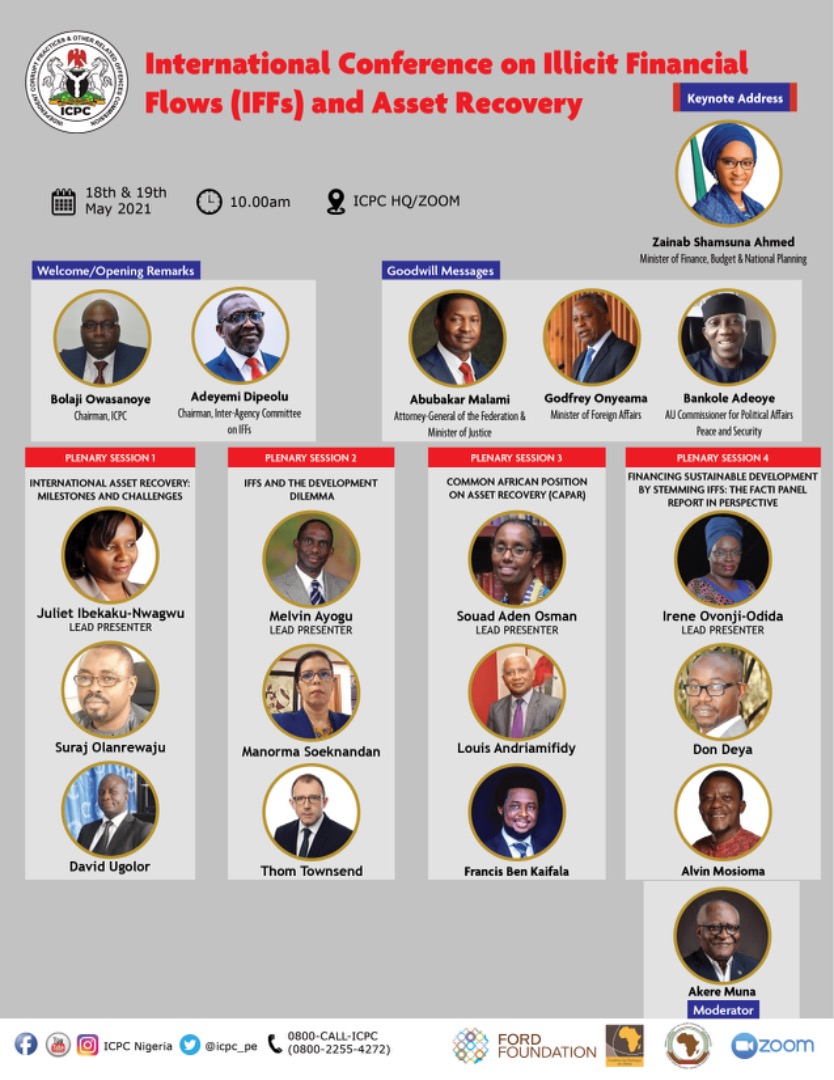 What are Illicit Financial Flows (IFFs)?

Illicit Financial Flows (IFFs) are inappropriate movements of money or capital from one country to another for various reason(s). These may also be funds illegally earned, illegally transferred and/or illegally utilised within a country and across international borders or money legally earned but moved wrongfully.

How do IFFs impact Nigeria?

Illicit Financial Flows (IFFs) impact a country’s economic and social development in a myriad of ways. Undocumented flights of wealth to and from – as well as within – a country have severe repercussions on government revenues, wealth that could otherwise be invested in public spending and other forms of economic and social reforms. IFF has impacted in various ways on Nigeria through loss of revenue, underdevelopment, and poor infrastructure and health care, among others. The drain on resources and tax revenues caused by IFFs blocks the expansion of basic social services and infrastructure programmes that are targeted at improving the wellbeing and capacities of all citizens, in particular, the very poor. In Nigeria and other developing countries, IFFs mean fewer hospitals, schools, police, roads, and job opportunities.

What is ICPC doing to tackle IFFs menace?

The ICPC has initiated a System Study/Review of the Oil and Gas, and as well as Tax sectors as part of measures to curb IFFs in relation to oil and gas as well as tax related matters. It has also constituted a IFFs/Tax Fraud Group to address the menace. The African Union Illicit Financial Flow Report estimated that Africa is losing nearly 50 billion dollars through profit shifting by multinational corporations and about 20 percent of this figure is from Nigeria alone. Taxes play a very strategic role in the nation’s political economy. The ICPC has also set up a Constituency and Executive Project Tracking Group (CEPTG) to closely monitor ongoing constituency and executive projects across the country.

It is for the purpose of sensitizing Nigerians, Africans and the world on the ills of IFFs and how to collectively work together to stop/combat the menace. As earlier stated, IFFs is draining resources and tax revenues which otherwise would have been utilised in improving the wellbeing of all citizens and for development purposes.