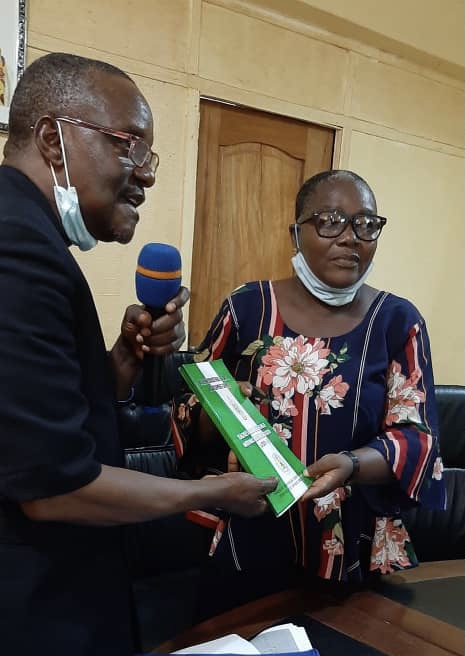 The Independent Corrupt Practices and Other Related Offences Commission, ICPC, has pledged its commitment to promoting positive values in young Nigerians through the instrumentality of the National Values Curriculum, NVC, which it drew up in collaboration with a key national education stakeholder.

The Director of Public Enlightenment and Education of the Commission, Muhammed Ashiru Baba, gave this pledge while speaking during a meeting with the Ogun State Universal Basic Education Board (SUBEB) and other stakeholders in the state’s education sector.

Baba explained that apart from drawing up the values curriculum, ICPC had taken some actions essentially to enlighten stakeholders in the education sector to embrace its value reorientation and resuscitation thrustin order for them to transfer same to children.

He said inculcating positive values in children can be achieved by emphasising the twelve tenets of the NVC, but hastened to add that the NVC was not a special subject; rather that it had been infused into existing subjects such as Civic Education, Social Studies, Business Studies, etc.

He listed the infused values to include: honesty, discipline, justice, right attitude to work, and citizens’ rights and duties. Others, according to him, are: national consciousness, contentment, courage, concern for others, family values and traditional values.

In his own speech, the Chairman of Ogun SUBEB, Dr. Femi Majekodunmi, said he was elated by ICPC’s initiative in this regard, and declared that it was the right time to seek value reorientation among Nigerians given their value erosion and loss of integrity which had made many to resort to prayers as the only solution.

Also speaking, the Director of Academic and Social Services of the board, Mrs. Agbatiogun Jokotade,lauded the Commission and underscored the importance of value resuscitation, saying that it would impact positively on the country. She further expressed the board’s commitment to the establishment of ICPC’s Students Anti-Corruption Clubs in the state’s basic and junior secondary schools.

On his own part, the Secretary of the state’s chapter of the National Union Teachers, Mr. Samson Oyelere, commended ICPC for its efforts in “restructuring minds” and advised the Commission to help strengthen Nigeria’s institutions in order to minimize corruption.