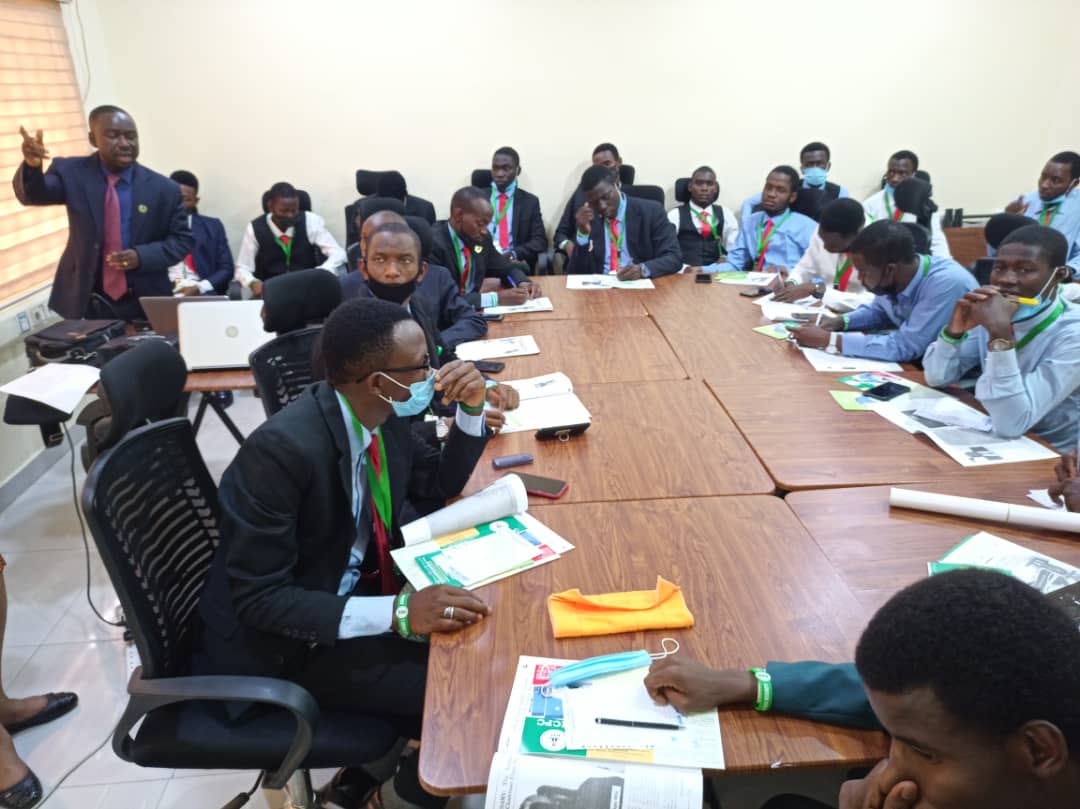 The Independent Corrupt Practices and Other Related Offences Commission (ICPC), recently played host to students of Finance and Accounting from Gombe State University (GSU) at its headquarters in Abuja.

The students numbering 25 and in company of their Staff Adviser, Mr. Sirij Murtala, were on an educational visit to the Commission.

Speaking during the visit, the Director, Public Enlightenment and Education, Muhammed Ashiru Baba, who was represented by an Assistant Director, Edet Ufot, said he was delighted to receive the students, and that it was a thing of joy to the Commission whenever young people indicated interest in anti-corruption and the fight against corruption. “It gives hope that there is light at the end of the country’s dark tunnel of corruption,” he added.

He spoke about ICPC’s three-pronged mandate of enforcement, prevention and, public education and enlightenment but dwelt on prevention which includes the Commission’s power to conduct system study and review of Ministries, Departments and Agencies (MDAs) in order to identify and block opportunities for corruption.

Baba noted that the Commission had achieved significant successes through this tool by assisting government to save humongous funds that would have been stolen from many MDAs.

Also during the visit and while presenting a paper on: Overview of Public Financial Reforms and How it has aided the Fight against Corruption in Nigeria, Mr. Sunday Ibrahim of the Commission’s Account Department, spoke on the government’s accounting platforms such as IPPIS, GIFMIS, etc. as well as their principles, objectives and challenges, stating that implementing the Treasury Single Account (TSA) in Nigeria had reduced corruption in the management of government resources; reduced idle cash balances in accounts which often failed to earn market-related remuneration and also helped consolidate government cash balances, to mention but a few.

He also highlighted ICPC’s contributions to the government’s corruption-prevention efforts.
In his remarks at the end of the visit, the President of Nigerian Universities Accounting Students Association (NUASA), GSU, Sadiq Abdullahi explained that they had come to ICPC to learn about its workings and to garner more information about anti-corruption, noting that they were not disappointed.

He therefore expressed his immense gratitude to the Commission on behalf of his course mates for being granted audience, saying that what they had learnt from the visit was invaluable to both their educational pursuit and their resolve to make integrity their watchword.

Abdullahi also mentioned that the university had a vibrant Students Anti-corruption Vanguard which is one of ICPC’s initiatives for sensitising students against corruption.

The Commission, over the years, has been receiving students and young people from all levels of education on study visits in line with its policy to actively enlist the youth in the fight against corruption.