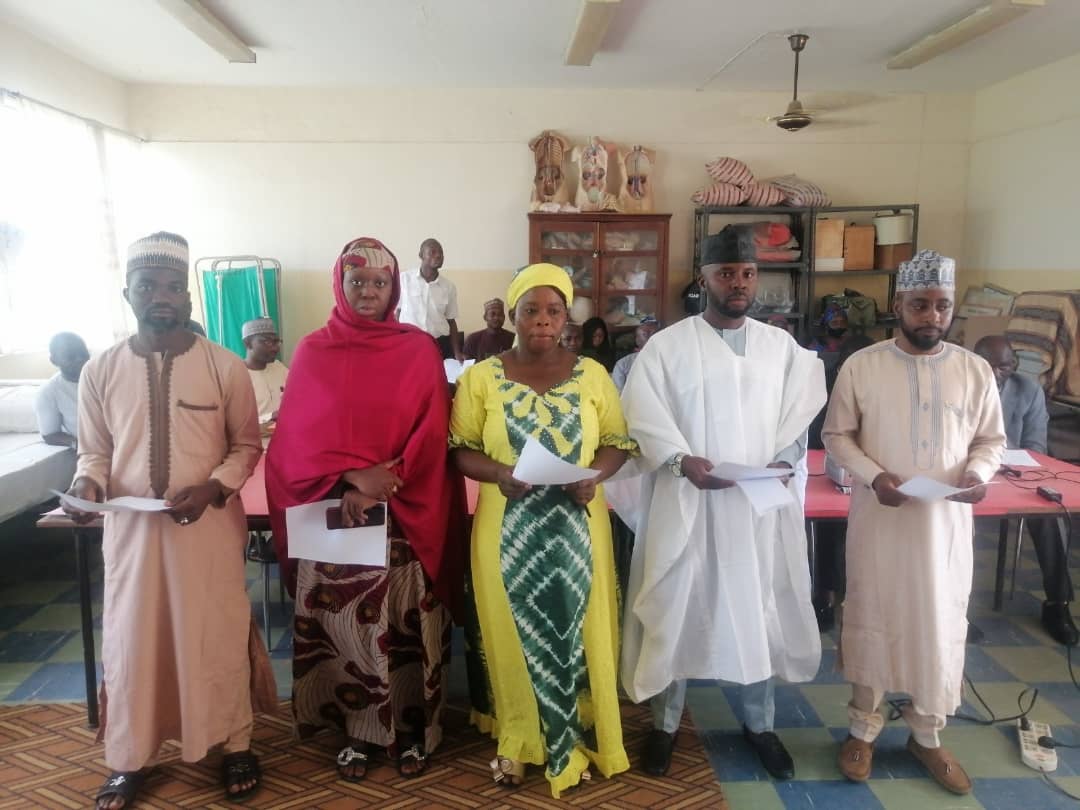 The Independent Corrupt Practices and Other Related Offences Commission, ICPC, on Thursday 10th June 2021 inaugurated an Anti-Corruption and Transparency Unit (ACTU) at the Nurse Tutors Programme in Kaduna.
The ICPC Resident Commissioner in the State, Mr. Shehu Yahaya, fsi, who was represented by the state Head of Planning, Research and Statistics, Mr Munnir Muhammad, commended the Coordinator of the Programme Mr Osanyin-Tolu Deji Gbenga for embracing the idea of establishing an Anti-Corruption and Transparency Unit in the Centre, noting that the exercise further confirmed the willingness of the Institute to partner ICPC in the fight against corruption in the country.

Presenting a lecture on “Preliminary Investigation” Mr. Moses Galadima, an officer of the Commission, said the fight against corruption in Nigeria cannot be left for an individual or institution, stressing that every responsible Nigerian must join the fight to salvage the country.

During the paper presentation, Mr Moses further explained that ACTU was an initiative of the Federal Government aimed at discouraging and exposing corrupt practices as well as entrenching transparency in public service.
He added that the anti-corruption war championed by ICPC has contributed in scaling down corrupt practices in many Ministries and Departments of Government in the country.

While congratulating members of the unit for being found worthy to serve, the representative of the State Commissioner implored them not to use their position to witch-hunt, but rather to work closely with the management of the programme, for the promotion of discipline and accountability.

“Let me congratulate members of the unit who have been found worthy to serve. I implore you not to use your position to witch-hunt anyone but rather work with the management of the institute to ensure discipline and accountability,” he said.

Also speaking, the Coordinator of the Programme, Mr. Gbenga expressed delight at the establishment of ACTU in the institute, and particularly commended the effort of the ICPC in ensuring that corruption is reduced to the barest minimum in the society.

He charged the ACTU members to keep an eagle eye on the administrative and other activities of the Programme.
He said the institute under his watch has zero tolerance for corrupt practices and pledged total support for ACTU to succeed.

Responding, the Chairman of ACTU, Mr. Sulaiman Hassan, pledged the readiness of members to give in their best in the task of ensuring transparency in the running of the Nursing Programme.