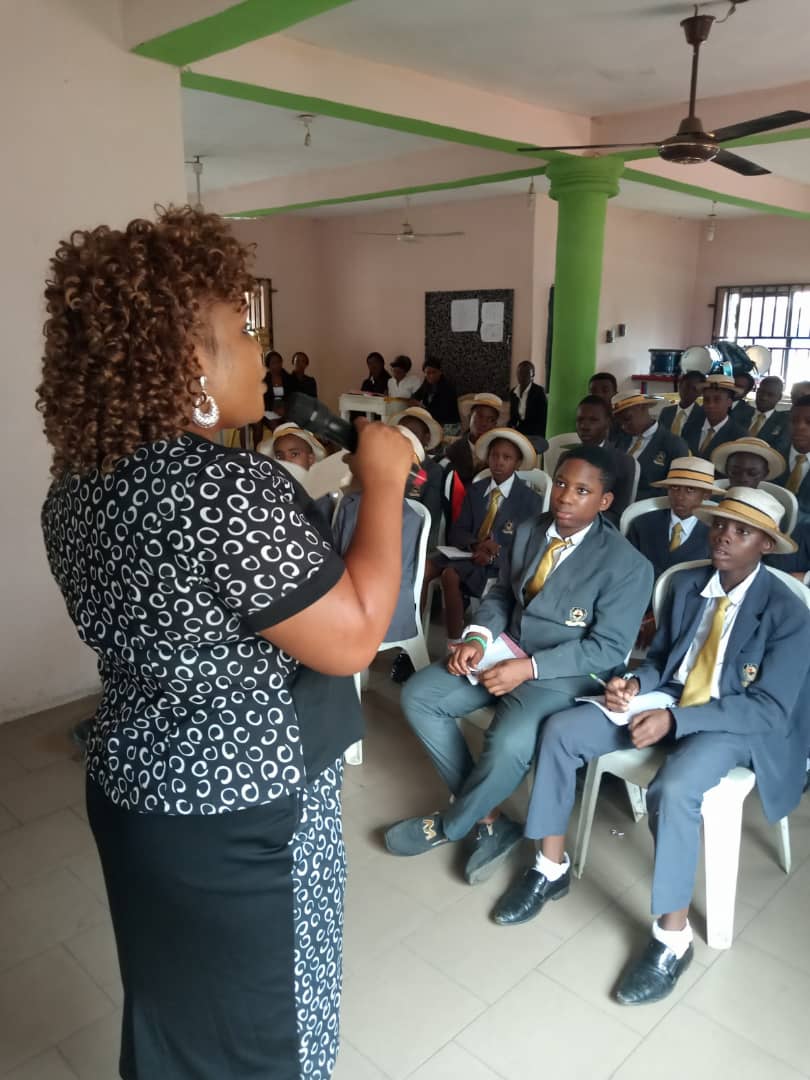 Imo State Office of the Independent Corrupt Practices and Other Related Offences Commission (ICPC) has sensitised the teachers and students of Goldsmith International Secondary School, Owerri on the need to uphold virtues of integrity and shun all forms of corrupt practices.

ICPC Resident Anti-Corruption Commissioner Barrister Peter Alumbugu, who spoke at Assembly Hall of the School through an Assistant Commissioner, Mrs. Chinwe Egbeocha, stressed that the purpose of the sensitisation was to create awareness and minimise incidences of corruption and moral decadence amongst students in the school.

Speaking further, Barrister Alumbugu, while identifying the effects of corruption in our society appealed to the students to be models of integrity- doing the right thing at all times and to be at the vanguard of the war against corrupt practices by resisting the temptation of engaging in exam malpractices, stealing, cultism etc.

The Resident Commissioner further explained the guidelines for the formation of anti- corruption clubs in schools, saying that members of the club should be of good conduct, maintain high standards of moral virtues and be ready to report all known cases of corrupt practices to the appropriate authority.

A teacher in the school who represented the Principal, Mr. Sunday Nna, in his remarks extolled the efforts of the ICPC in positively reducing the level of corruption in the nation, adding that, “The current drive towards sanitizing the school system by the Commission is a good move, which would help to check excesses of social vices in the school system. It would motivate them to join anti- corruption clubs in the school”.

Giving the vote of thanks, Master Divine Mere, the Head Boy of the school, commended the educational strategy of the ICPC of striving to inculcate integrity into the heart of students. He promised on behalf of all the other students to join the Anti-corruption Club and help fight corruption for a better society.