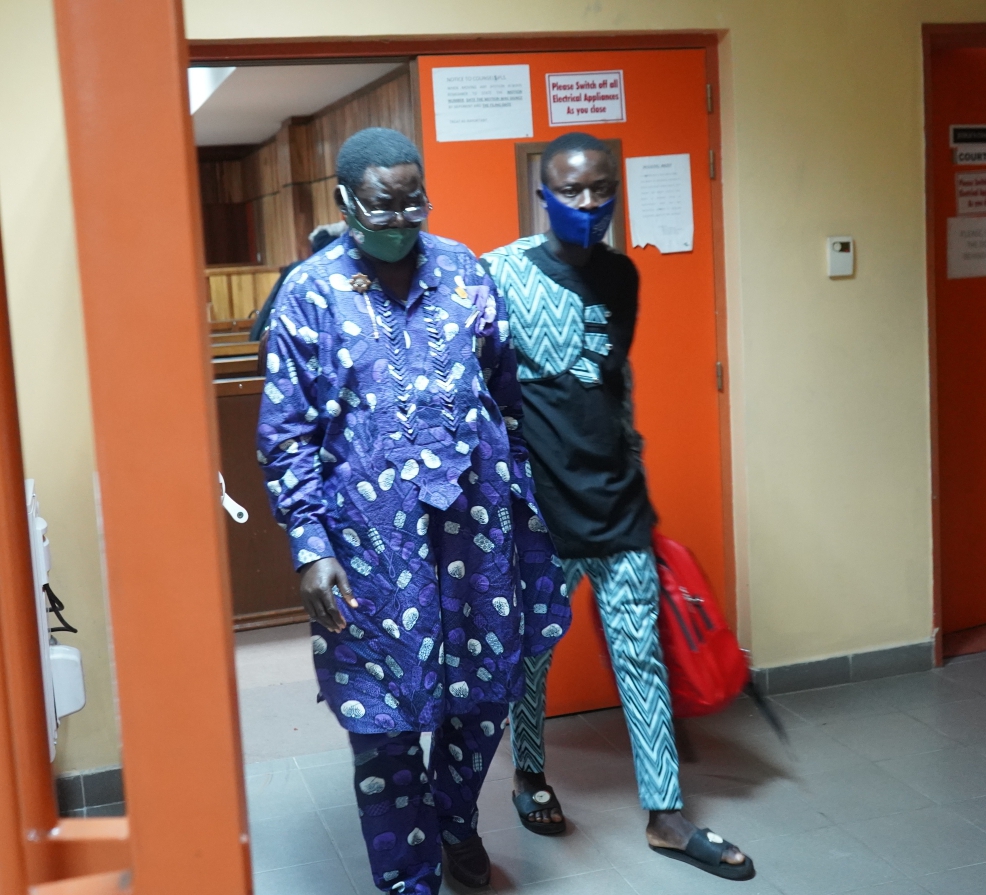 A former Surveyor-General of the Federation (SGOF), Dr. Ebisintei Awudu, has been arraigned by the Independent Corrupt Practices and Other Related Offences Commission (ICPC), for alleged fraudulent diversion of N2.8 billion.

Dr. Awudu was brought before Justice Olusegun Adeniyi, of the Federal Capital Territory (FCT), High Court 9, Maitama, on a 22-count charge bordering on alleged abuse of office, gratification and virement, which contravened Sections 19, 10 (a) (i) and 22 (5) of the Corrupt Practices and Other Related Offences Act, 2000, and punishable under the same section 10(a)(ii) of the same Act.

The charge in part reads, “That you Surveyor Ebisintei B. Awudu between 16th November, 2017 and January 2018, used your official position as the Surveyor-General of the Federation to confer unfair advantage upon a relation and associate by awarding five different contracts with a total sum of N808,592,200 ( Eight Hundred and Eight million, Five Hundred and Ninety-Two Thousand, Two Hundred Naira) to Geolev Nigeria Ltd., which company you had been a Director, wherein your half brother and other associates are still Directors, and you thereby committed an offence contrary to and punishable under section 19 of the Corrupt Practices and Other Related Offences Act 2000”.

It was alleged that the sum of N1,253,428,269 was collected by the accused at different times between February and December, 2018, from various contractors handling projects for the Office of the Surveyor-General of the Federation as gratification.

It was also alleged that without appropriate approval, Awudu allegedly diverted the sum of N42,156,061.46 allocated for the purchase of two Toyota Hilux vehicles, to purchase a Toyota Land Cruiser, and also allocation meant for International Earth Science Summit and Remote Sensing Conference and Training to  acquiring Information and Technology Equipment.

The accused person pleaded not guilty when the charge was read to him, as his Counsel, F.B. Orogun, pleaded with the court to grant bail on liberal terms on medical grounds.

However, the Counsel to ICPC, Shittu Wahab, had filed a counter-affidavit opposing the bail application that it was not tenable, and that there was likelihood that the defendant would evade trial.

Wahab therefore, pleaded with the court not to grant bail to the accused on self recognizance but impose stringent conditions that will make Awudu attend trial without failure.

The trial Judge after careful consideration, ruled that the accused, having enjoyed administrative bail by the State, granted him bail in the sum of N100 million with one surety in like sum. The surety must be a Nigerian citizen employed in the civil service of the federation or any of the agencies of the government, or in the service of the Federal Capital Territory Administration or any of its agencies.

The surety shall not be below the rank of a Permanent Secretary or Director-General of government agency. He shall deposit all international traveling documents with the senior registrar of the court throughout the duration of the case. The defendant shall be kept in the detention facility of ICPC pending the fulfillment of the bail conditions.

The Judge thereafter adjourned the matter to 13th, 14th, 16th and 17th of September, 2021 for further hearing.

PrevPreviousNANS Chairman decries the Prevalence of Corruption within the Association in the past
NextPACAC, Anti-Corruption Agencies Task African Leaders on Synergy Against CorruptionNext