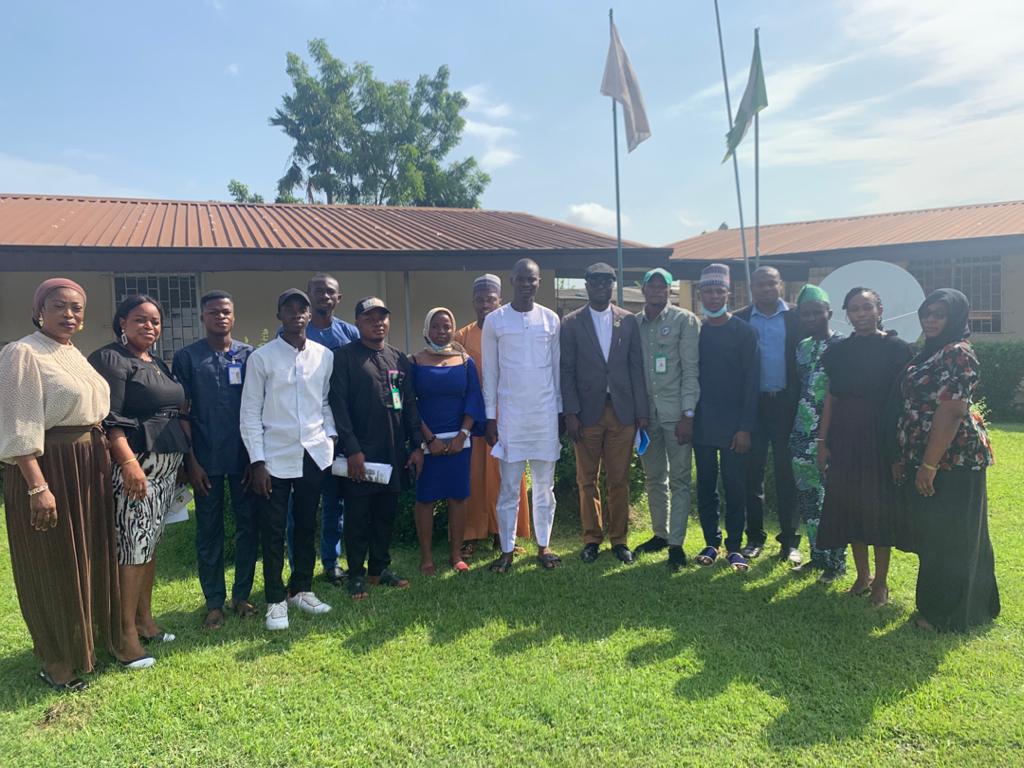 The Chairman of the National Association of Nigerian Students (NANS), Lagos and Ogun Chapters, Comrade Abdulrasheed Ogunsanya has condemned the prevalence of corrupt practices within the Association in the past.

This, he said, compelled them to rename their tenure as ‘NANS Rebirth’ and to partner with the Independent Corrupt Practices and Other Related Offences Commission (ICPC).

Comrade Ogunsanya, who stated during this during courtesy visit to the ICPC Lagos State Office, explained that NANS was planning a One-day Anti-Corruption sensitisation programme for student leaders in various institutions in the South-West zone and would like to partner with ICPC.

NANS Chairman added that “this collaboration will enhance the Students Anti-Corruption Vanguards’ operations in their various institutions and the visit will serve as a gateway to partnering and having a good working relationship with the Commission. NANS will work to fit into the ICPC mandate.”

Welcoming them, the ICPC Resident Anti-Corruption Commissioner for Lagos State, Mr Kabir Elelu, stated that “the fight against corruption must not be left to ICPC and other anti-corruption agencies alone, but should involve everyone.

Partnership with NANS can bring a reduction in corruption and bring awareness on the virtues to be exhibited by students.”

Mr. Elelu stressed that students were the next generation of Nigerian leaders, thus moral reorientation of student’s leaders would assist them in stepping into the larger society; adding that the SUG revenue was huge and the lack of accountability had brought mismanagement and mistrust in the Union.

In her presentation to the student leaders, Mrs. Mary Omonoyan of the ICPC Public Enlightenment and Education Department, urged NANS to embrace integrity as a watchword in all their dealings, and to embrace the anti-corruption war, so that we could have a better society.

She further charged them to be watchdogs against corruption at home, school and everywhere they find themselves and report corrupt practices to the Commission.

Various contributions were made by the members of the student body including the need for the Commission to look into the management of TETFund, query heads of agencies where infractions are noticed and set up Committees to review their processes.