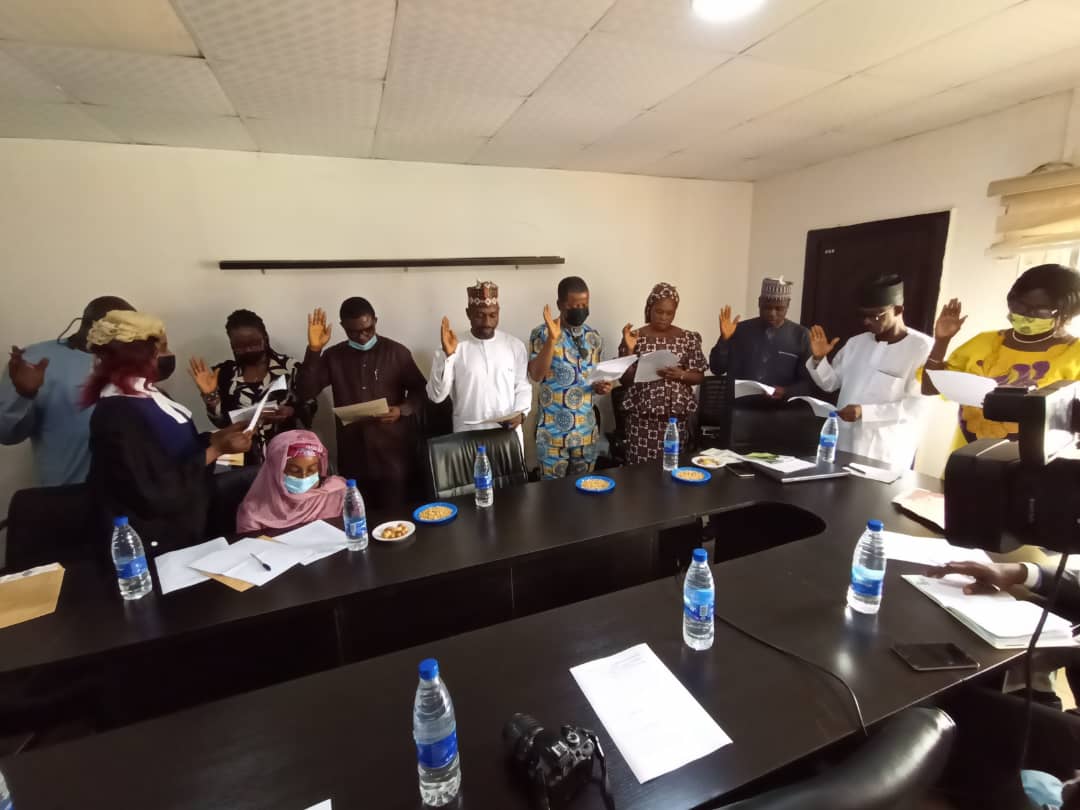 The Chairman of the Independent Corrupt Practices and Other Related Offences Commission (ICPC), Professor Bolaji Owasanoye SAN, has commended the management of the Civil Defence, Correctional, Fire and Immigration Service Board for its level of transparency and professionalism.

The ICPC Chairman, who was represented by Mr. Emmanuel Dio of the System Study and Review Department (SSRD), gave the commendation at the inauguration and induction of the reconstituted Anti-Corruption and Transparency Unit (ACTU) of the Board held recently.

According to him, the Board is key to Nigeria’s internal security and must ensure that its staff lived above board while showcasing a high level of accountability and integrity.

Owasanoye explained that ACTU is an initiative of ICPC, approved by the Federal Executive Council to serve as an in-house mechanism for corruption prevention in line with global best practices. He therefore tasked the Board to provide an enabling environment for the ACTU to perform its duties.

To the newly reconstituted ACTU, the Chairman encouraged the members to work hard, stay on the part of integrity and be responsible and responsive in the fight against corruption. He also warned them not to use their position to witch-hunt or victimize anybody.

Earlier in her address, the Secretary of the Board, Mrs. Aisha A. Rufai, who was represented by Deputy Director (A&P), Mrs.  Aisha A. Uman, stated that it was during a training they attended on Integrity Management organized by ICPC at the Anti-Corruption Academy of Nigeria (ACAN) that the management requested that the Commission should assist in reconstituting its ACTU since the one set up earlier had become dormant.

Mrs. Uman, while speaking to the new inaugurated ACTU members stated that they had become the face of Anti-Corruption in the Board and hence the need to expose every corrupt tendency, pointing out that corruption thrives were silence was the order of the day.

She therefore admonished them not to maintain silence in the face of corruption in line with the mantra “see something, say something” and went on to call on the members to do all they could to improve the rating of the Board by the Commission.

Members of the newly Inaugurated ACTU members include Ajanaku, F. O as Chairman, Shehu Tijani Alhaji, as Secretary and 8 others.