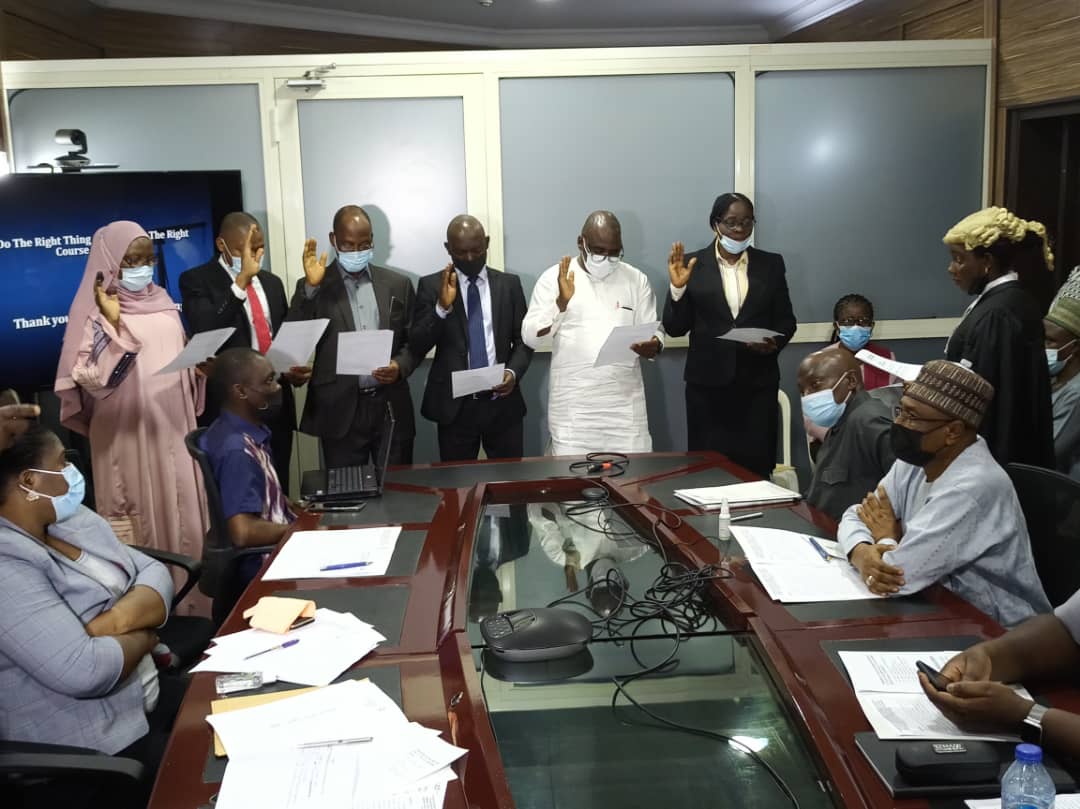 The Executive Vice Chairman of the Federal Competition and Consumer Protection Commission (FCCPC), Mr. Babatunde Irukera, has described the Anti-Corruption and Transparency Unit (ACTU) of the FCCPC, as an internal mechanism for corruption prevention, adding that an accountability framework was the most important aspect in preventing corruption.

Mr. Irukera, who recently stated this in Abuja during the inauguration and induction training for ACTU members by the Independent Corrupt Practices and Other Related Offences Commission (ICPC) further described ACTU as a very important component in regulating transparency for the purpose of improved integrity in the public sector.

Speaking at the event, the ICPC Chairman, Professor Bolaji Owasanoye, SAN, who was represented by Mr. Olayinka Aiyegbayo of Systems Study and Review Department (SSRD), noted that the inauguration was a clear demonstration of FCCPC’s commitment to support the government’s drive to rid the nation of corrupt practices especially in public agencies.

Owasanoye explained that ACTU was an initiative of ICPC in collaboration with the Office of the Head of Civil Service of the Federation (OHCSF) to serve as an in-house mechanism to identify lapses in operational systems and establish institutional processes that are transparent, accountable and free of unethical practices in Ministries, Departments and Agencies.

According to him, “the inauguration of the unit will assist ICPC in conducting preliminary investigation into reports of corrupt acts; institutionalize a code of ethics for staff in order to promote values and integrity; improve service delivery; and also complement management efforts in carrying out its duties”.

The ICPC Chairman therefore called on the newly inaugurated members not to use their positions to witch-hunt or victimize staff, rather they should work hand in hand with the management, proffer solutions where there is likelihood of corruption, display high ethical standards in discharging their duties at all times.

In her goodwill message, the Permanent Secretary, Federal Ministry of Industry, Trade and Investment, who was represented by Engr. Nura kwalli, noted that over the years, corrupt practices by public officials had continued to inhibit the growth and development of the country, but the efforts of the present administration at fighting corruption has substantially changed the narrative.

She therefore implored the newly inaugurated ACTU members to see the assignment as an opportunity to serve and make contribution to the growth and development of the Commission and the nation in general.  “You must eschew bitterness and commit to carrying out your work in the most transparent manner, without recourse to witch-hunt and victimization of perceived enemies”, she added.

Finally, in her acceptance speech, the ACTU Chairperson, Mrs. Liman Gambo on behalf of her team, expressed gratitude to the Commission for finding them worthy of such positions, and pledged to display high level of integrity in discharging their duties.