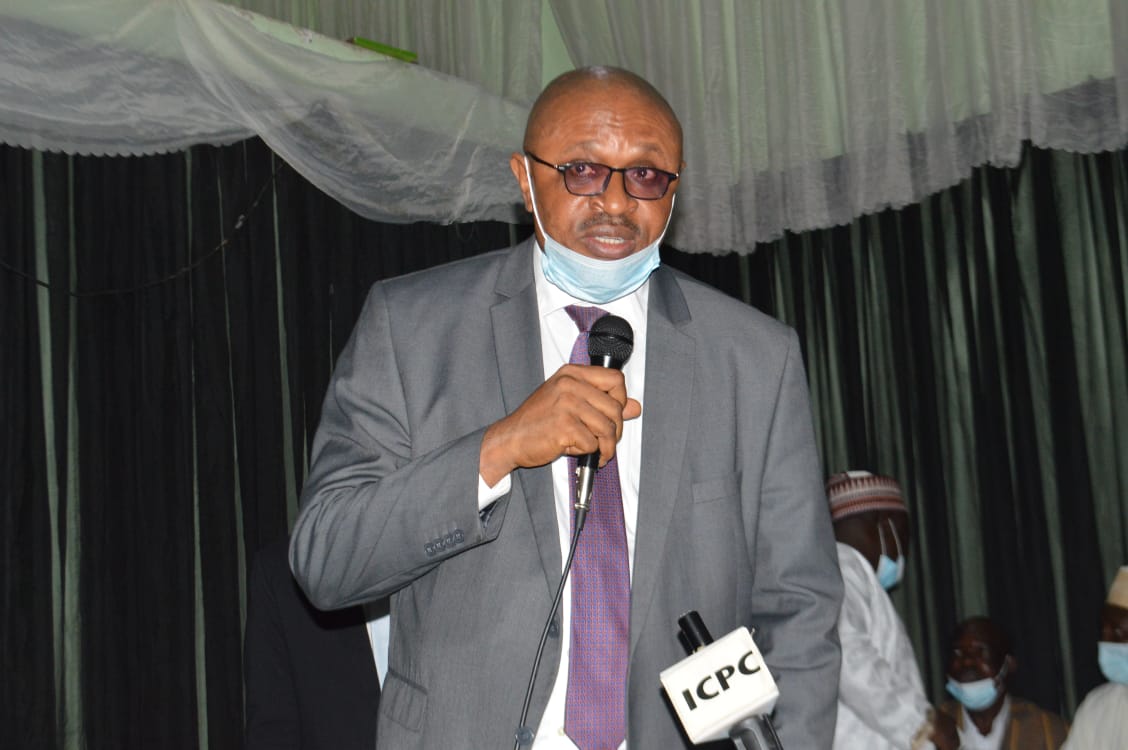 CHPRBN’s Chief Examiners warned not to Aid any Form of Malpractice, Promote Zero Tolerance for Corruption

The Independent Corrupt Practices and Other Related Offences Commission (ICPC) has charged the Chief Examiners and members of the Community Health Practitioners Registration Board of Nigeria (CHPRBN) to avoid aiding any form of malpractice in the performance of their assigned duties.

The charge, given by Mr. Abbia Udofia, Director of System Study and Review Department of the Commission during a one-day sensitization organised by Community Health Practitioners Registration Board of Nigeria recently in Abuja, enjoined CHPRBN to lead by example and refrain from flouting rules that encouraged cheating; set standards to promote transparency, accountability and zero tolerance for corruption.
Mr. Udofia also explained that examination malpractice was a form of corruption that went beyond acts perpetrated during the examination by candidates, to actions taken even after the exams have been written and that is contrary to Sections 15, 16, 17(a), 19, & 25 of the ICPC Act, 2000 with various jail terms.

The Director further advised participants to understand and imbibe relevant statutes, policies, regulations on examination malpractice and as well be reminded that their role was crucial to national development.

In his welcome address, the Registrar/CEO, CHPRBN, Alhaji Idris Bashir remarked that it had been an annual tradition to organise the chief examiners workshop prior to the commencement of the National Qualifying Professional Examination by the Board, but this year’s edition took a new dimension, as both the supervisors and chief examiners were invited in order to be adequately equipped for the assignment.

The CHPRBN Registrar also stated that as a Board responsible for the examination process, procedures, practices and activities that are part of administering formal examination of professional members, the exercise was pivotal to their existence as health practitioners and as stakeholders in the provision of comprehensive healthcare to the Nigerian citizens.

Bashir therefore charged all the participants to take responsibilities, give account of whatever job they are assigned to do and most importantly see their job as a call to serve the nation. “Your roles and responsibilities are enormous and tasking but also require courage, skillfulness, trustworthiness, good personal relationship and communication skills to mention just a few”, he added.

In his remark, the Chairman of the Board, Mr. Sule Galadima Toma enumerated the roles of examination supervisors to be: being present at examination venues and promptly reporting all security threats to the law enforcement agents; taking responsibility to verify the identity of those taking the test; ensuring that all testing procedures are followed and that all examinees have the same opportunity to excel on the test; making sure that examinees do not bring forbidden items, such as books or cell phones, into the testing facility; while watching out for any signs of malpractice.

He also reiterated that it was necessary to re-state the roles and responsibilities of supervisors because there had been reports that some supervisors were not present at their duty stations, even when they were paid by the board to perform their task. “Those playing double loyalty by sponsoring and defrauding innocent citizens by producing and practicing quackery should henceforth desist as no one is above the law”, he warned.