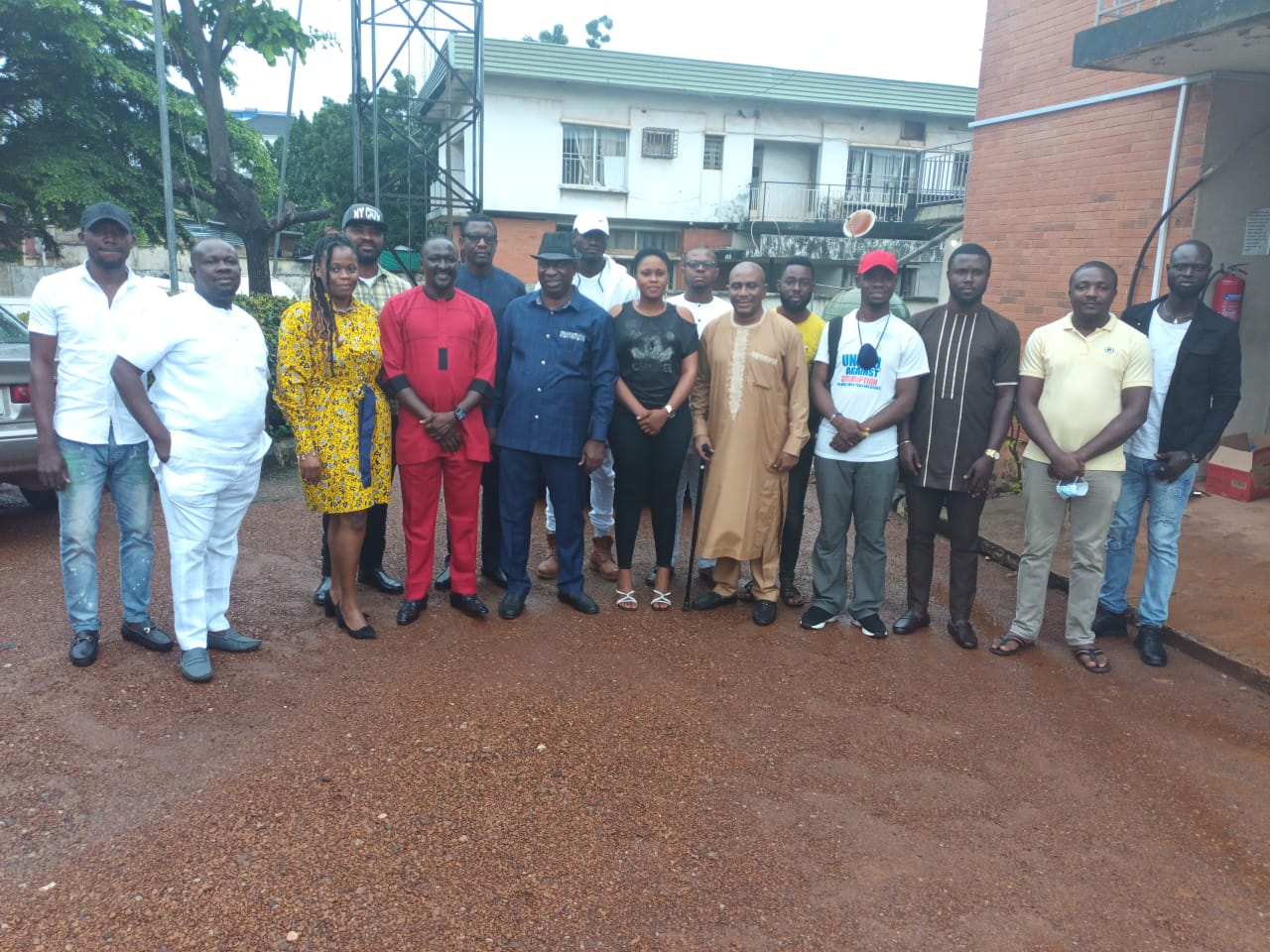 The Program Manager of an NGO, ‘Say No Campaign’, Mr. James Ugochukwu has stated his organization’s desire to identify with the Independent Corrupt Practices and Other Related Offences Commission (ICPC) in recognition of the Commission’s critical role in enforcing accountability and transparency in public service spheres.

Mr. Ugochukwu, who said this during a courtesy visit to the Commission, expressed that his group wished to key into areas of possible collaborations with ICPC in the interest of entrenching public accountability at local and state governance levels.

“The campaign has been working with community members, Labour and Trade unions in seven States including; Lagos, Akwa Ibom, Kano, Borno, Enugu, Edo and the FCT, in building their capacity and encouraging healthy collaborations to monitor projects and budget implementation in their localities’’.

In his address during the visit, the Resident Anti-Corruption Commissioner (RAC) ICPC, Enugu State, Mr. Amedu Sule, while expressing gratitude for the visit, noted that Section 6(e-f) of the ICPC Act, 2000 empowers the Commission to enlist the support of the general public in the fight against corruption.

Mr. Amedu stressed that the war against graft being enormous could not be fought alone by the anti-corruption agencies, and therefore, required the support and co-operation of organisations like ‘Say No Campaign’. He reiterated the Commission’s commitment to the fight against corruption, citing the recent approval and presidential inauguration of the National Ethics and Integrity Policy (NEIP) by President Muhammadu Buhari.

The RAC pointed out the importance of catching young ones for Integrity and also the need to extend the anti-corruption campaign to the grassroots. Similarly, he said, “the Commission monitors and tracks Constituency Projects of National Assembly members nationwide. As a matter of fact we try as much as possible to involve NGOs with interest in anti graft campaign in most of the activities within the region and across the country.”