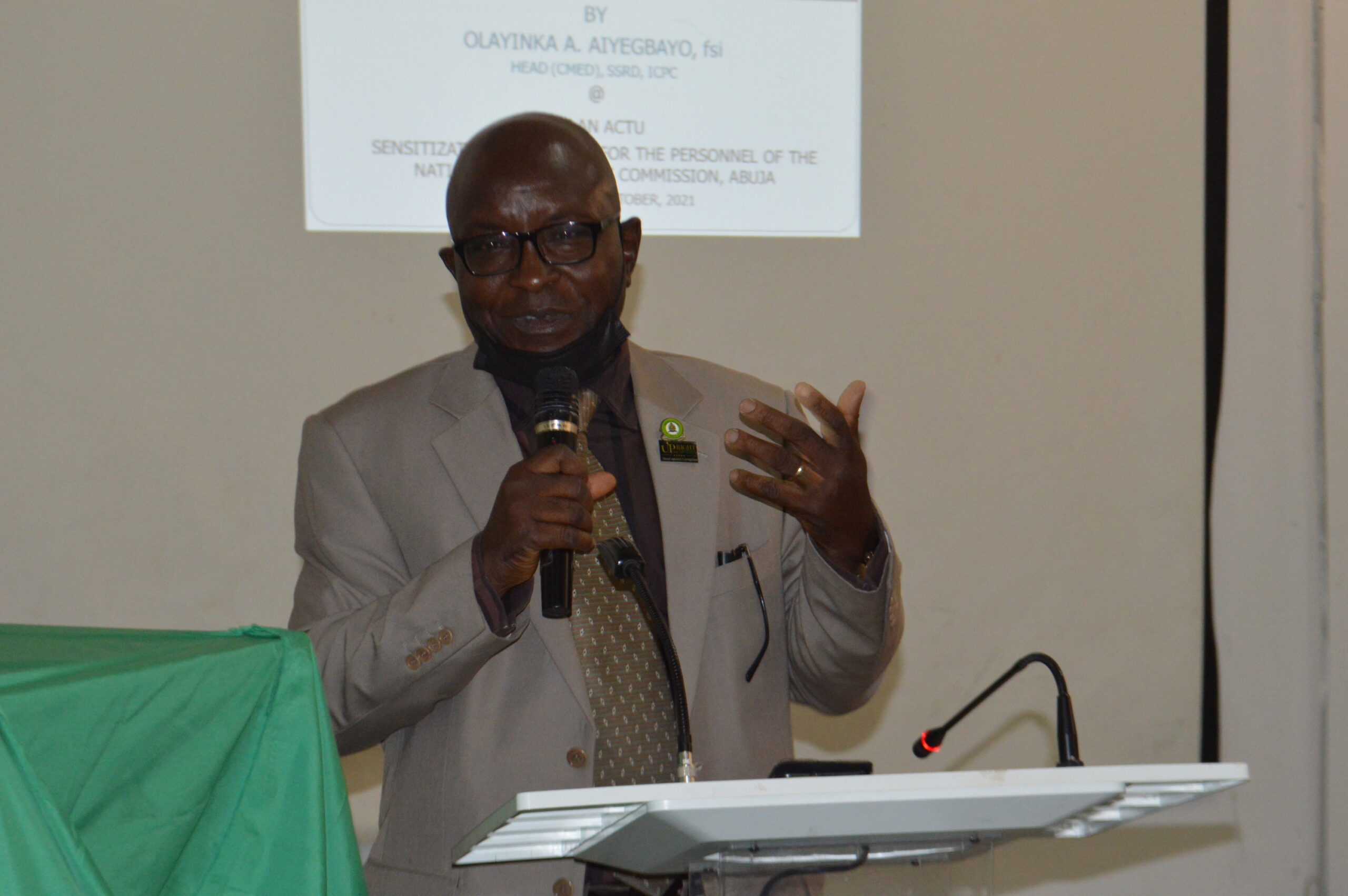 The Executive Secretary of the National Human Rights Commission (NHRC), Mr. Tony Ojukwu has tasked staff to take the fight against corruption in Nigeria as a personal assignment as government alone cannot combat it.

Mr. Ojukwu said this at an education and enlightenment programme organised by the Anti-Corruption and Transparency Unit (ACTU) of the agency in collaboration with the Independent Corrupt Practices and Other Related Offences Commission (ICPC) for management staff and other staff of NHRC.

The Executive Secretary who was represented by the ACTU Chairperson Mrs. Husseina Alkali, in his opening remarks went further to say that staff must be prepared to be challenged, educated and inspired as a result of the programme, which was aimed at educating them on the National Ethics and Integrity Policy (NEIP).

He added that for accountability to be achieved in the Commission, it was important for procedures, guidelines, processes and extant rules to be assiduously and tenaciously entrenched.

He therefore entreated the ACTU to honestly and courageously perform their duties without fear or favour while commending them for being found worthy to serve; pledging his commitment to the fight against corruption and promotion of good governance in the commission.

In her remarks, ACTU member, Isioma Nwosa, said the training was aimed at drawing the attention of staff to NEIP with the hope that they would entrench the values.

Nwosa also believed that the training would enable them to carry out their duties responsibly in order to promote transparency, as well as enable them to develop cutting edge measures in combating corruption.

In his paper presentation, on The Overview of NEIP, Mr. Okor Odey, Assistant Commissioner ICPC, advised participants to own the 7 core values through leading by example and spreading the word about the policy. He also encouraged them to study the policy and see how the values can guide their operations and also use the policy to strengthen existing codes.

Also presenting a paper on The Role of Public Officers in Curbing Corruption in the Workplace, Mr. Olayinka Aiyegbayo fsi, Assistant Commissioner said the paper would enable participants understand the dynamics of corruption and guide them on how it can be tackled in the workplace.

The training was conducted in two batches, first for the management staff and then for other staff of the commission.