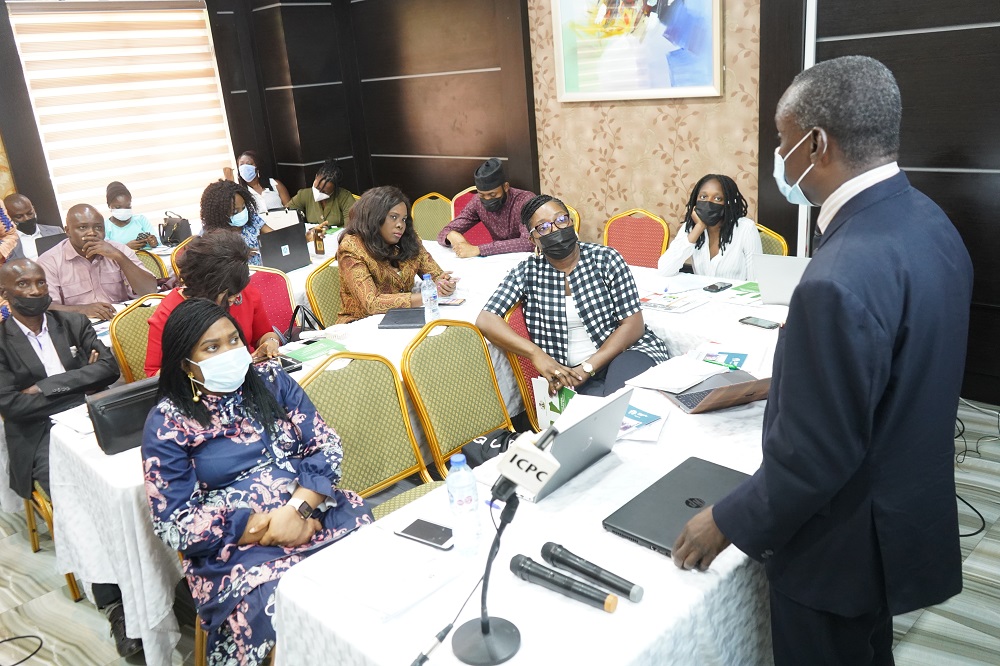 The Chairman of the Independent Corrupt Practices and Other Related Offences Commission (ICPC), Professor Bolaji Owasanoye, SAN, has charged civil society groups to own and drive the National Ethics and Integrity Policy (NEIP) and to promote its success.

Professor Owasanoye gave this charge in his goodwill message at a meeting themed “Amplifying the National Ethics and Integrity Policy through Networking  with Civil Society Groups and Non-Governmental Organisations” organised by Accountability Lab in collaboration with ICPC, in Abuja recently.

ICPC boss, who was represented by the Director, Public Enlightenment and Education Department, Mohammed Ashiru Baba, fsi, said participants were expected to do more than just amplifying the policy, but take it as their own by ensuring that it becomes part of norms for the general public, and expressed the belief that the event would equip participants with requisite information that would propel the society to own and drive the Policy.

He stressed further that as major stakeholders in the implementation of the Policy, Civil Society Groups should deploy their closeness to the grassroots to ensure it was fully followed by the people.

ICPC Chairman therefore encouraged them to hold public and private sector officials accountable in the conduct of their official duties while encouraging them to report cases of infractions found in Ministries, Departments and Agencies.

In his paper presentation titled the “Role of Civil Society Groups in the Implementation of NEIP”, Mr. Baba emphasized the critical role of NGOs in enhancing accountability and creating awareness on the implementation of the policy. He also highlighted some points, which could be used to amplify the policy, while providing them with some tips on how it could be upheld.

He suggested that government officials and private sector operatives should uphold the tenets of their profession and the seven core values contained in the policy; while encouraging them to organise town hall meetings to promote public engagement of the policy.

Presenting a paper on ‘General Overview of NEIP, Workplan and Consequence Management Template’, Spokesperson of the Commission, Mrs. Azuka Ogugua, said the Policy would not succeed with the effort of ICPC alone as all Nigerians and those who live in Nigeria are obligated to uphold the seven core values.

Ogugua went further to say that the main aim of the policy was to promote the core values such as Human Dignity, Voice and Participation, Patriotism, Personal Responsibility, Integrity, National Unity, Professionalism, and Human Dignity. She therefore encouraged participants to report acts of corruption to ICPC as that would be promoting ‘voice and participation’.

Speaking on the Workplan and Consequence Management Template, the Spokesperson said it was aimed at ensuring that the progress of the implementation of the policy was measurable.

Earlier in her opening remarks, the Programmes and Learning Manager, Accountability Lab, Ehi Idakwo, expressed the hope that the event would get the commitment of participants to enable them imbibe and entrench the values contained in the Policy.