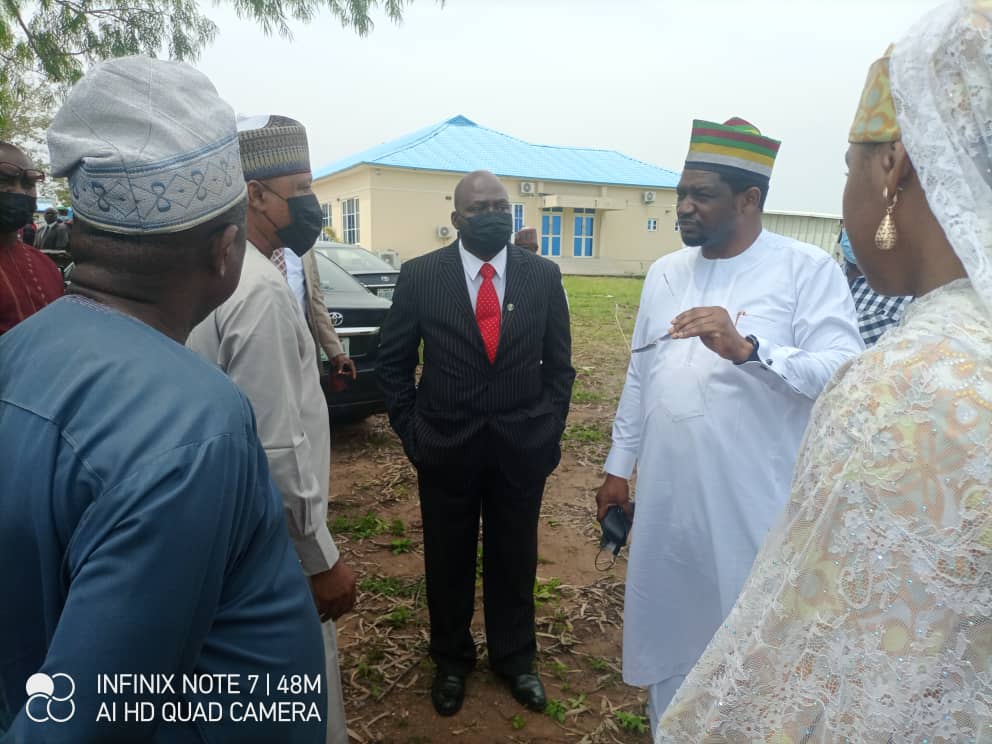 Members of the House of Representatives Committee on Anti-corruption have visited the Independent Corrupt Practices and Other Related Offences Headquarters and the Anti-corruption Academy of Nigeria (ACAN), Keffi, Nasarawa State, to carry out on- the – spot assessment of facilities on ground.

Conducting the Federal Legislators round the facilities at the ICPC Headquarters, the ICPC Chairman Professor Bolaji Owasanoye, SAN disclosed that in view of shortage of office space, the current Board of the Commission was forced to embark on expansion projects, adding that some of the facilities on ground were given facelift in order to upgrade them to modern standards.

Facilities inspected at the ICPC Headquarters included the Auditorium under renovation, new offices under construction, the new gate house, expansion of car parks and the inter locking of the office premises to stop the water logs that had been constituting nuisance.

Professor Owasanoye said that by the time the projects were completed, the Headquarters would wear a new look and many officers that are currently squatting, would have offices to themselves to be able to perform their jobs optimally.

At the Anti-corruption Academy of Nigeria (ACAN), the provost of the Academy, Professor Tunde Babawale conducted the visiting legislators round the new Auditorium under construction, the three lecture theatres, the Computer – Based Center, the two hostel accommodation facilities, the out-door sports facilities and the restaurant.

Professor Babawale informed the legislators that the new Auditorium was now an abandoned project because the contractor did a shoddy job and could not proceed further because he did nothing to take care of the marshy topography before commencement of the project. He said that the new Auditorium project was provided in the 2018 budget and the contract was awarded early 2019.

Addressing a joint meeting of the House Committee and the ICPC Board and Management staff, the Chairman, House of Representatives Committee on Anti-corruption, Hon. Shehu Nicholas Garba said that the House Committee initiated the inspection tour in order to see for itself physically, what it had been reading on paper.

He pointed out that the guided tour had exposed the Committee to many positive developments initiated by the current Board of ICPC, which could transform the Commission to a world class anti-corruption agency.

Hon. Nicholas Garba also said that very soon the House Committee would invite ICPC to defend its 2022 Budget Proposal and brief the Committee on its 2021 Budget performance.