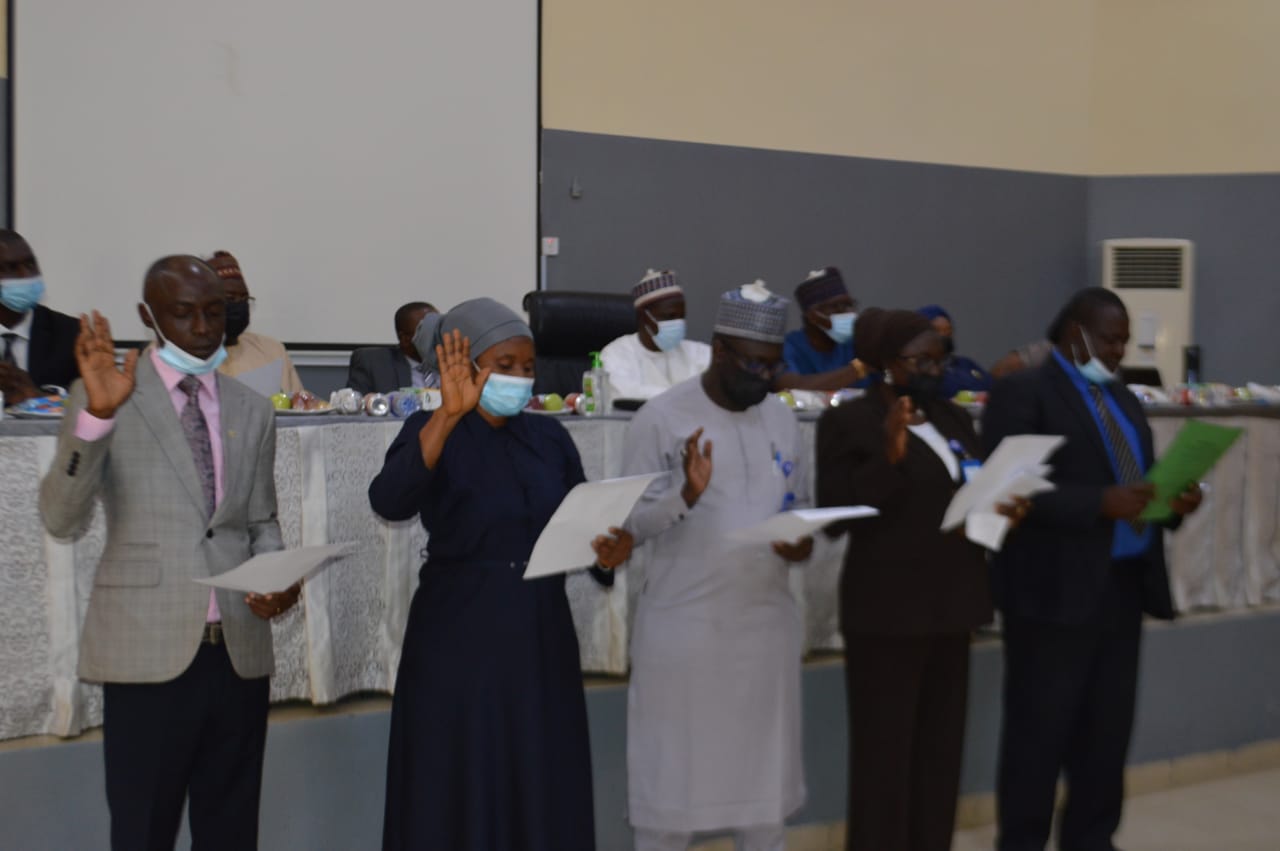 ICPC partners NJI against Corruption in the Judiciary

The Independent Corrupt Practices and Other Related Offences Commission (ICPC) has entered into a partnership with the National Judicial Institute (NJI) towards tackling the problem of corruption in the Institute.

An offshoot of the partnership was the inauguration of newly elected members of the Anti-Corruption and Transparency Unit (ACTU) of the Institute recently, in Abuja.

Chairman of ICPC, Professor Bolaji Owasanoye, SAN, speaking at the event, urged the Unit to help the management of NJI to build processes and systems in line with global best practices that would enable the government to achieve its objectives.

Owasanoye, who was represented by a staff of the Commission, Mr. Larry Abuo, tasked the staff to live above board in order to propel NJI to greater heights, while calling on the management of the Institute to adequately fund the Unit.

He said, “The Unit needs the unalloyed support of the management to function. The management should adequately fund the activities of the Unit as well as provide enabling environment for them to function.”

The ICPC boss also charged the ACTU members not to use the Unit as a tool to antagonize the management of NJI or witch-hunt other staff members, rather to complement the work of the Institute.

Earlier, the NJI Administrator, Hon. Justice Salisu Garba Abdullahi, called on the ACTU to report any infraction or acts of corruption within the agency to ICPC.

The Administrator, who was represented at the event by the Director of Finance and Account, Mr. I. T. Gambo, further charged the ACTU members to help NJI deliver on its mandate of providing training for all judicial officers.

The Chairman of ACTU, Olu-omo Abdulaziz, who is also the Director of Studies, while speaking on behalf of the members, assured that the Unit would deliver on its mandate, even as he implored staff members to cooperate with ACTU.

He lamented that Nigeria, despite being a country of promise, has been hampered by series of challenges topmost of which was endemic corruption. He called on every staff of NJI to support the management and ACTU to help rid the agency and Nigeria of corruption.