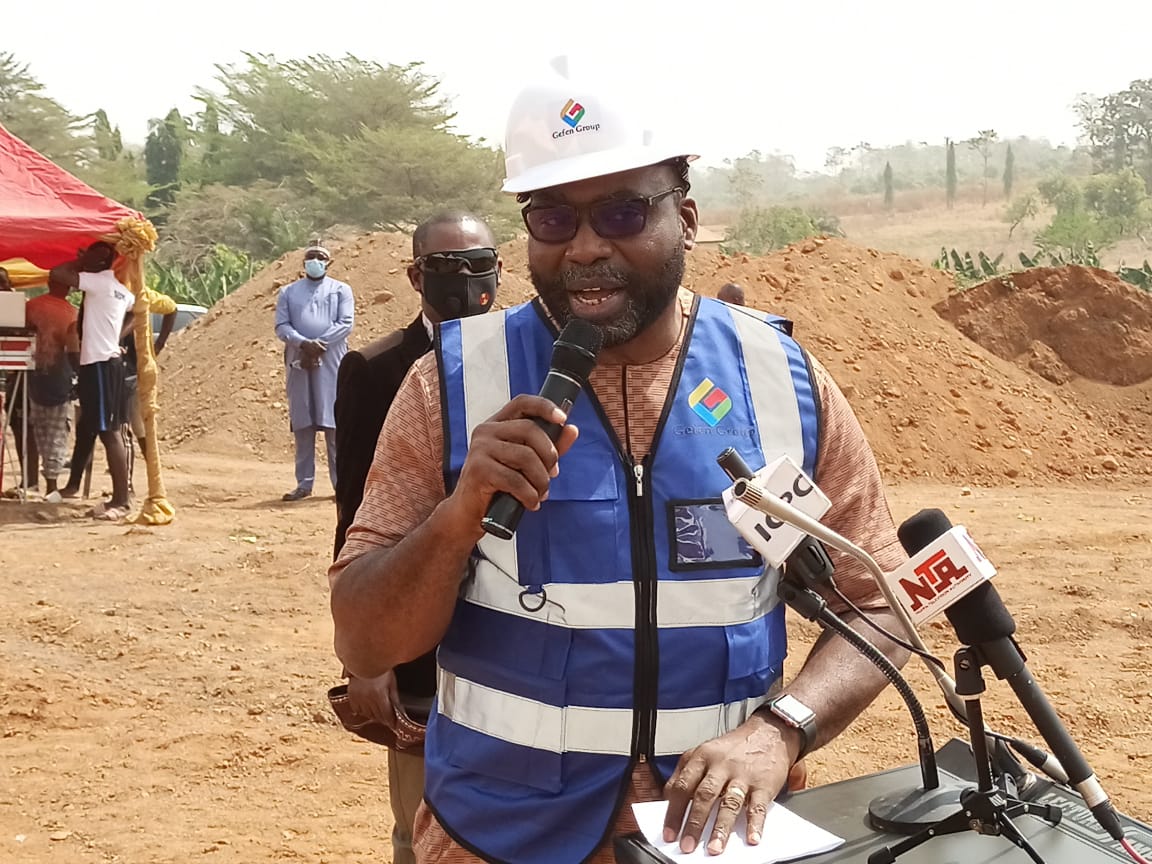 The Chairman gave the warning in Abuja during the official Groundbreaking Ceremony of the Estate, which is named Professor Bolaji Owasanoye Housing Estate, and located in Kagini Village of the Federal Capital Territory (FCT).

Professor Owasanoye who spoke against cutting corners, advised the developer to ensure that only the best was delivered to the staff of the Commission.

He therefore encouraged the Cooperative to be vigilant by getting experts to supervise the work as the construction progresses.

The ICPC boss also admonished Infinity Trust Mortgage Bank, the Primary Mortgage for the housing estate to always play by the rules, saying that ICPC was not an agency to play with.

Earlier in his welcome address, the Cooperative President, Mr. Joshua Wakili, stated that the Kagini Housing Estate project was conceived with a view towards “covering the housing deficit faced by public servants and the residents of Abuja which is one of the cardinal aspirations of the current President of our nation.”

Speaking at the ceremony, the Emir of Jiwa, Alhaji Musa Idris, who was represented by the District Head of Kagini, Alhaji Ayuba Barau, lauded the ICPC Cooperative for adequately compensating the local community.

The Royal Father therefore pledged his continuous support for ICPC whenever the need arises.

Giving a historical perspective, Mr. Bello Dauda, under whose stewardship the Kagini Land was acquired, explained that the motivating factor was the challenge of housing for members of the Cooperative. He narrated the processes they followed before the land was acquired and the Certificate of Occupancy given.

On his part, the President Abuja Cooperative, Mr. Emmanuel Atama, described ICPC Cooperative as one of the frontline cooperative society in the FCT.

Mr. Atama who spoke on some of the fraudulent activities in some cooperative societies, expressed his willingness to partner with the Commission to ensure transparency in the body of cooperative.

Also, speaking at the ceremony, the Managing Director, Gefen Group, Dr. Nosa Edeko, pledged to do everything within his power to ensure that professionalism was not compromised in order to provide high quality projects.

High point of the event was the Foundation Laying ceremony which was performed by ICPC Chairman in company of ICPC Board Members, Secretary to the Commission, Royal Fathers and developers.