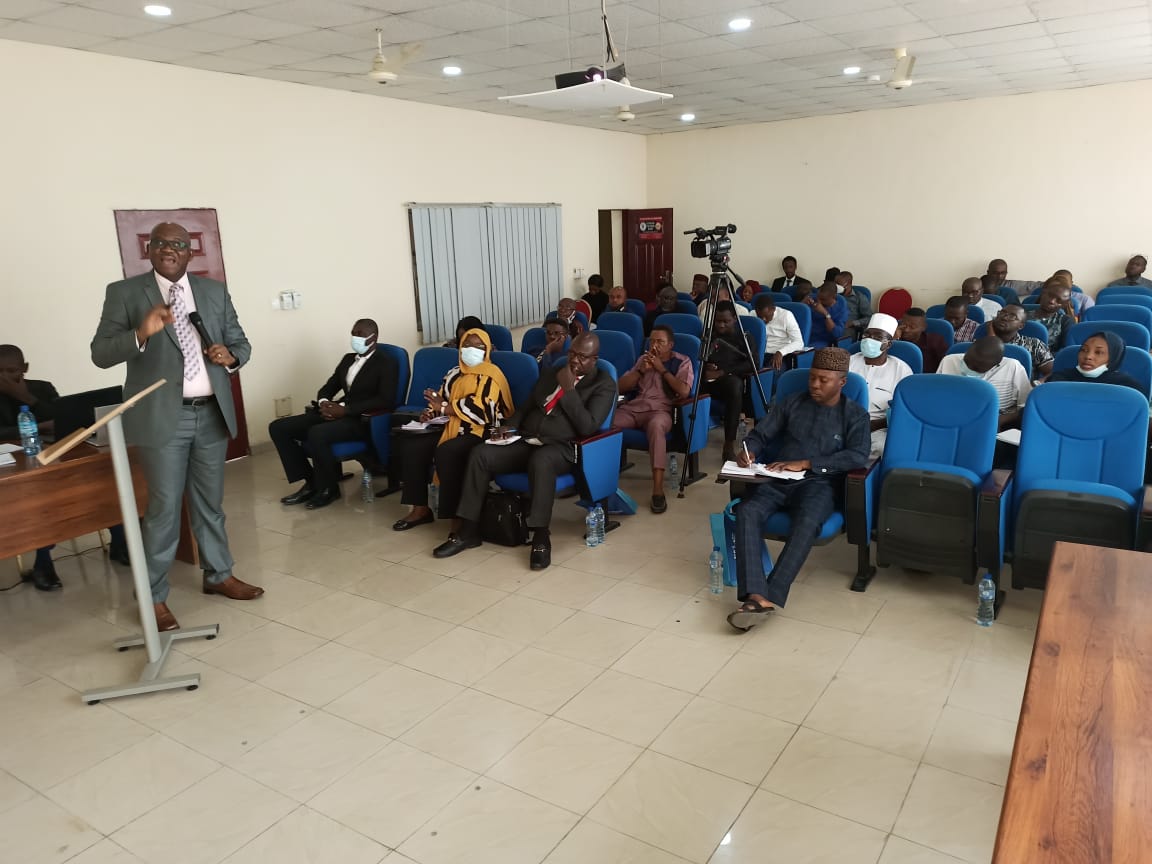 The training, which was also aimed at creating an alliance that would bring about long-lasting synergy between the media and the ICPC took place at the mini auditorium of the Anti-Corruption Academy of Nigeria (ACAN), Keffi, Nassarawa State.

In his speech, titled “The Role of the Media in Social Development”, the Chairman of ICPC, Professor Bolaji Owasanoye, SAN, stated that Section 22 of the 1999 Constitution of the Federal Republic of Nigeria (as amended) obliges the media to hold government to account, adding that the media performs its constitutional mandate by reporting corruption and governance malfeasance.

“It is a critical role that supports democratic stability and maturity”, he said.

He also said that investigative journalism was one of the growing arms of the media profession with the essentials to contribute its own quota in the fight against corruption and holding government to account.

The ICPC boss maintained that one of the things Investigative Journalism does was to expose corruption in governance or wherever it was found, and corruption being a crime, must be handled with fundamental human right principles in mind, which binds both the media and anti-corruption agencies.

He added that both partners should try to balance the right to know with the aim of solving fundamental rights issues.

Owasanoye emphasised that statutory restraint to information disposal was binding on both the media and anti-corruption agencies. According to him, those were some of the reasons why the Commission does not release information of arrested suspects until the matter is charged to court for arraignment.

He expressed optimism that many positive results could be achieved through the coalition between the media and the Commission.

Speaking at the event, Professor Olatunde Babawale, Provost, Anti-Corruption Academy of Nigeria (ACAN), stated that ICPC had done much in the prevention and enforcement mandate in line with Section 6 (a-f) of its enabling law, especially Sections 6 (e & f) that provides for public education and mass mobilization on and against corruption and its ills.

According to him, “There is still much to be done towards citizen’s appreciation of ICPC’s initiatives as most of the efforts of the Commission were either underreported or not reported at all, therefore there was a need to build a coalition and construct alliances to bring more partners on board”.

The training featured presentations on ICPC activities and initiatives by directors of the Commission as well as lectures from Media experts, Dayo Aiyetan of the International Centre for Investigative Reporting (ICIR), and Yusuf Alli of The Nation Newspapers.

Delivering his lecture, titled “Investigative Journalism and the Challenges of Reporting Corruption,” Mr Dayo Aiyetan stated that investigative journalism involves digging beyond the available information and must be in the public interest.

He charged the journalists not to rely on belated information but to investigate into facts or information in a way that gives it more significance, adding that, most times investigative journalism ends up exposing something wrong that somebody wants to hide.

Mr. Yusuf Alli, Managing Editor, Northern Operation (The Nation) also made this disclosure, while delivering a paper titled “The Roles of the Media in the Fight Against Corruption,” at the event.

He stated that it was the responsibility of the media to dig up, expose, and educate the citizenry on the corrupt practices of those in government and the governed, pointing out that it was incorrect to assume that corruption is limited to those in government alone, adding that corruption could also take place in business communities, the academia, religious organizations and in all the strata of the society.

He emphasized that the media is expected to provide oversight on citizens, government and institutions. “It is a sacred and constitutional responsibility of the media to “NAME and SHAME’’ he said.

The training, which lasted for two days, was attended by reporters from the print, electronic and online media organizations and coordinated by the ICPC spokesperson, Azuka Ogugua.