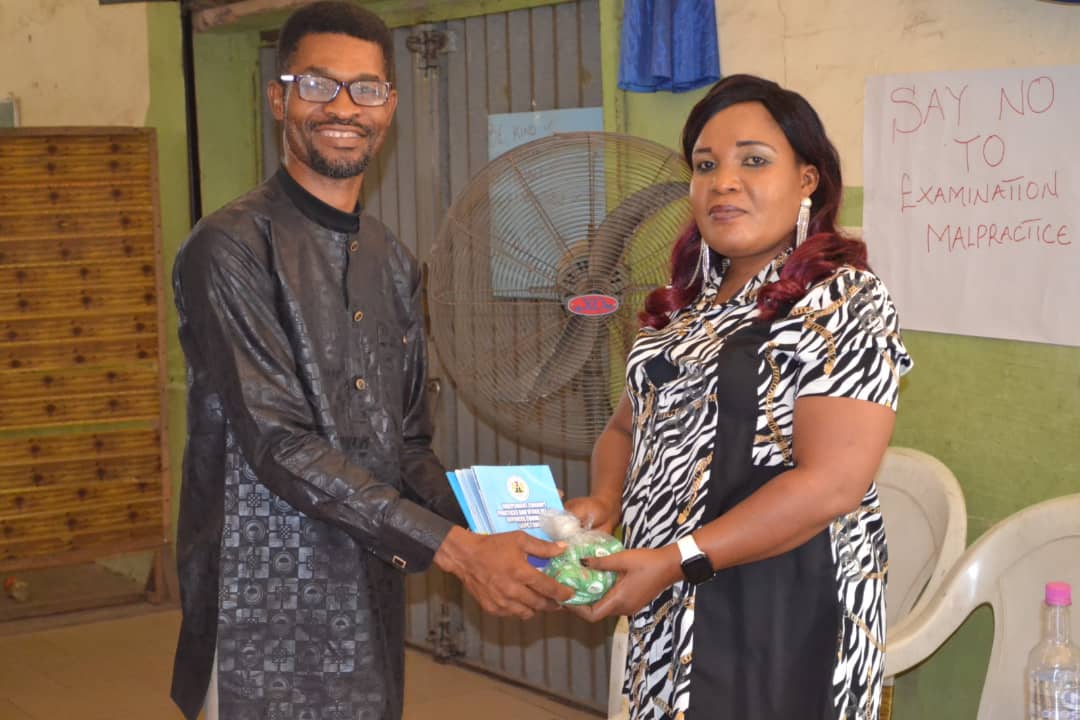 Students of Faith Speaks International School, Owerri, Imo State, have been urged to eschew all forms of corruption and anti-social behaviours, and uphold the virtues of integrity, honesty and hard work in all their endeavours.

This appeal was made by Mrs. Chinwe Egbeocha, Assistant Commissioner, Independent Corrupt Practices and Other Related Offences Commission (ICPC) at a sensitization programme organized by ICPC in collaboration with the NYSC Anti-Corruption CDS Group, Owerri, at the school’s hall recently.

Delivering the integrity lecture to teachers, students and pupils from the Secondary, Primary and Nursery sections of the school, Mrs. Egbeocha stated that the current drive towards sanitizing the school system by the Commission was to check excesses of social vices in schools.

She lamented that corruption is responsible for the socio–economic and political backwardness in our nation and said the Commission was established to redress the ugly development using its 3-pronged approach of enforcement, prevention and public enlightenment.

The Assistant Commissioner appealed to the students to be at the vanguard of the war against corrupt practices and to resist the temptation of engaging in exam malpractices, stealing, cultism, cheating, gratification, fraud, bribery etc.

She explained that “Integrity is the quality of being honest, having strong moral principle and doing the right thing always even when nobody is watching”.

She spoke of the Integrity Code designed by ICPC in partnership with stakeholders to regulate the conduct of teachers, students and parents and build integrity into the school system.

According to Mrs. Egbeocha, students can help in the fight against corruption by joining the anti corruption clubs in their schools, and reporting corruption including any demands by a teacher for sex or money in exchange for grades. She assured the students that ICPC would give adequate protection to them against possible victimization by teachers, school management or fellow students.

Also speaking at the event, the Director of the school, Pastor Thompson Ogbonna, commended the educational strategy of the ICPC of striving to inculcate integrity into the heart of students. This, he said, was more effective and result–orientated in curbing corruption for it is easier to bend a stick when it is fresh.

He promised to establish an Anti-corruption club in the school very soon and gave the assurance to nurture the students in the right direction as corrupt free students who would be the future leaders of this great nation.

In her own contribution, the Schedule officer of the NYSC Anti-Corruption CDS group, Mrs Didiugwu Evelyn, enjoined students to utilize all the information they received from the lecture to help educate others, and so minimise the incidence of corruption in the school.

She further stated that the fight against corruption is a war that Nigerians must win, and students must dissociate themselves from any activity that would lead to corruption.

The high point of the event was the interactive session where the students both from the Secondary and Primary sections were able to identify different types of corruption prevalent in schools including the homes and the sound moral values they were expected to imbibe.