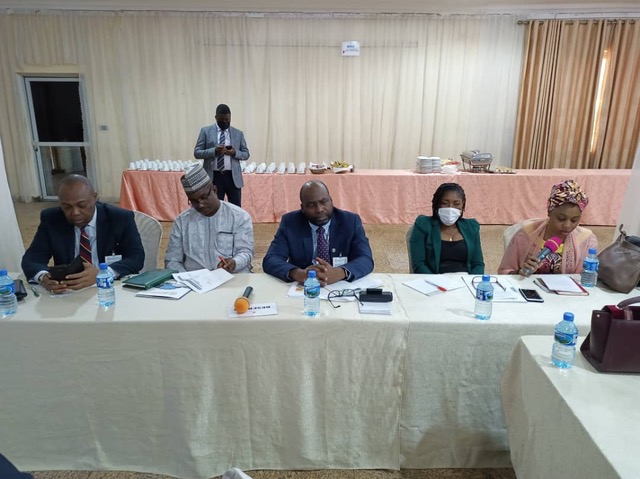 The Independent Corrupt Practices and Other Related Offences Commission (ICPC) has revealed that it recovered and restrained cash and assets valued at N166.51 billion from corrupt persons in the last two and half years.

This represents an increase of 378 percent over the assets recovery target of N44 billion under the Commission’s Strategic Plan 2019 – 2023.

This achievement is contained in the Commission’s Mid-Term Performance Report (2019 -June 2021) presented at the ICPC Board and Management retreat held in Abuja recently.

Recovery of proceeds of corruption through seizures and forfeiture of assets is an enforcement activity of the ICPC.

The recovered assets include houses, vehicles, electronics, jewelries, clothings and accessories, plots of land and farms.

The Chairman of ICPC, Prof. Bolaji Owasanoye, SAN, commended the board, management and staff for ensuring that the chain of the Commission remained strong.

He said, “Lead with fresh impetus from the front and not from behind. Be proactive in leadership, pull your weight and the effects will surely be seen. Be prudent with public funds and be firm with staff who are not adding value”.

While acknowledging efforts of the Commission in the fight against corruption, Prof. Owasanoye enjoined the management and staff not to rest on the achievements.

”We need to walk the talk. You know the problem and you have the solution so just implement it and produce results,” he stated.

In the Mid-Term Performance Report (2019 – June 2021), the Commission recorded an overall average performance of 134% which represents the weighted average of all targets.

The report further indicated that the anti-corruption agency had an impressive performance in some Key Performance Indicators (KPIs) such as corruption monitoring activities; the Ethics and Integrity Compliance Scorecard assessment of Ministries, Departments and Agencies (MDAs); anti-corruption activities undertaken by ICPC-supported CSO platforms; filing of cases in court; staff training and non-petition intelligence-led investigation.

Under its Constituency and Executive Projects Tracking Initiative, the ICPC tracked over 2,000 projects worth over N300 billion during the period under review.

In the same period, 326 contractors of abandoned projects across the six geo-political zones of the country were forced by the Commission to return to site to complete projects amounting to N32.183 billion.

The Constituency and Executive Projects Tracking Initiative has aided improved service delivery and higher completion rates for funded projects in compliance with regulatory requirements as well as ensured value for money in the national budget under the present Administration.

The Commission’s Systems Study and Review of personnel and capital votes of MDAs resulted in savings of N261 billion to the government between 2019 and June 2021.

The Report further showed that the Commission received 3,940 petitions between January 2019 and June 2021, out of which 1,045 investigations were concluded. It also concluded 119 non-petition intelligence-led investigations during the period.

While the Commission filed 200 cases in court, it however secured 56 convictions during the period under review.

Apart from the notable gains in the enforcement mandate of the Commission, ICPC made giant strides in the areas of sensitisation of the public on and against corruption, staff training and inter-agency partnerships.

The mid-term report showed that ICPC successfully conducted the total of 1492 sensitization sessions across government agencies and other anti-corruption stakeholders within the two and half years of the report.